The Nazareth Inscription is a marble tablet bearing an inscription in Greek, which holds the text of a Roman decree that promises death to anyone robbing or otherwise disturbing a tomb. Most scholars have agreed that it dates from the first part of the first century AD, and many have believed the inscription is linked to Jesus’s resurrection and the empty tomb, which is how the tablet got its name.

According to a recent article in Smithsonian magazine, that seems to be an incorrect assumption. A study was recently published in the Journal of Archaeological Science: Reports suggesting that the tablet may have a different context, entirely.

For one thing, the inscription on the tablet doesn’t mention any particular person or place. For another, the style of the Greek lettering suggests that the table is the right age, around 2,000 years old, but the particular dialect of the language used was not typically seen outside of Greece and Turkey. It certainly would not have been expected to be used in the Middle East. 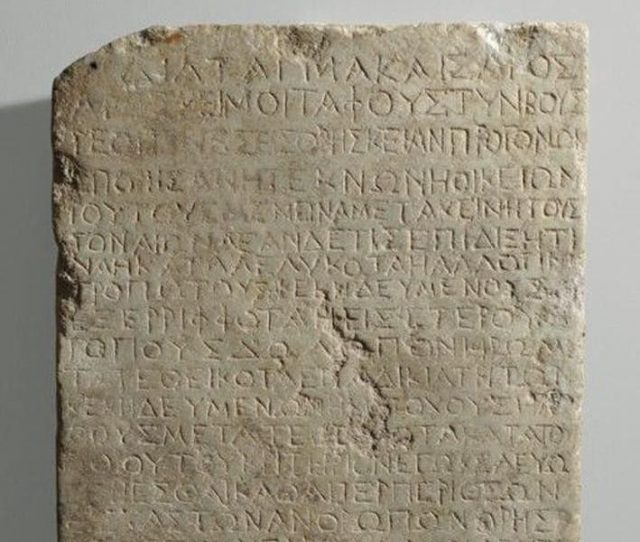 A Roman history specialist from the University of Oklahoma in Norman named Kyle Harper put together a team to do a study of the tablet in hopes of learning more about its likely provenance. The team removed a small sample from the back of the tablet and performed chemical analysis on it.

What they found was that, while the stone wasn’t of a type you’d find in the Middle East, it was very similar to the stone you could find on the island of Kos in Greece. The results of the analysis combined with the style of the letters making up the inscription make it highly unlikely that the tablet came from Nazareth. 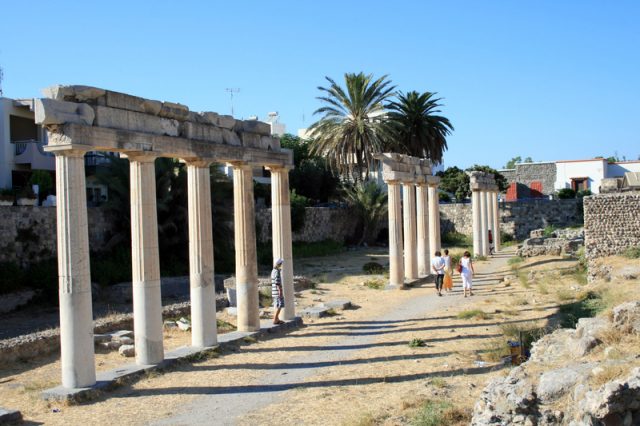 Ruins of the Ancient Gymnasium in Kos, Greece.

Given when it was made, it’s much more likely that it was actually a response to the death of Greek tyrant from Kos named Nikias, who ruled the island in the 30s BC before finally being overthrown. Nikias being very unpopular, news later came out that some of the people of Kos removed his body from its tomb, scattering his bones and causing a scandal. In response to the scandal, Augustus, the first Roman emperor, may have ordered the creation of the tablet, along with more in other places, as a means of re-establishing some order in the region. 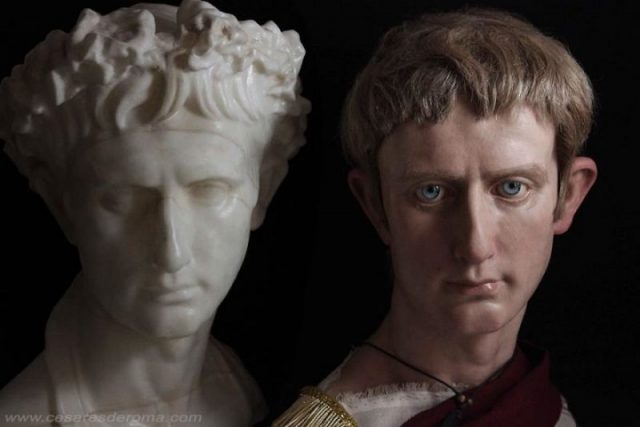 Augustus may have found the decree politically expedient for reasons other than the scandal surrounding the defilement of Nikias’ tomb. While the desecration of his tomb may have been a pretty outrageous act, it wasn’t unique, there were other examples of the desecration of the tombs or corrupt rulers at the time.

Augustus also wasn’t a big fan of Nikias, who had supported Marc Anthony against Augustus prior to his rise to emperor. Kos is located off the coast of Asia Minor, which is the origin of a trend in the disturbance of unpopular leaders’ tombs according to some historians. That’s why there have always been some historians who doubted that the Nazareth inscription was tied to Jesus’s end and burial.

Since the exact date of the tablet’s creation remains unknown, the scientists doing the study can’t absolutely confirm or deny its provenance, but their work is certainly a beginning. Further work needs to be done, perhaps involving an analysis of the language used, comparing it with the language of other inscriptions from both Kos and Nazareth, since it’s also possible that a stone from Kos could have made its way to Nazareth as a trade item.

There is also one other possible explanation. The stone, which now sits in the Louvre in Paris, was purchased by a French collector named Wilhelm Froehner in 1878. There is a chance that the inscription was made on the stone by a skilled forger before Froehner acquired it, since there is no evidence to show where it came from or how he obtained it. Even though work is being done to solve the mystery of the Nazareth inscription, it still remains unsolved.