Clara Bow was one of the great movie stars of Old Hollywood. But it took a long time for her to make the history books. Why? For starters, there was her background. Bow was a working class girl who fought her way to the top. The great and the good of Tinseltown resented that. Born in Brooklyn 1905, her upbringing was a million miles away from the bright lights. Vogue described it as “a sort of circle of hell”. Mother Sarah had schizophrenia and was later institutionalized. Bow also suffered at the hands of her father, Robert.

She was a child when World War One broke out. “Innocence was a casualty of the First World War,” Vogue writes, “and tragedy lurked in the corners of Bow’s life.” It appeared the roar of the crowd might be good for a talented young girl. She entered the annual ‘Fame and Fortune’ contest, run by Brewster Publications in 1921. The poster proclaims: “The Golden Key of Opportunity Is in Your Hands – Turn the Key in the Doorway of Success”. Bow went through the door and won a minor movie role. She worked her socks off yet her star quality was clear. 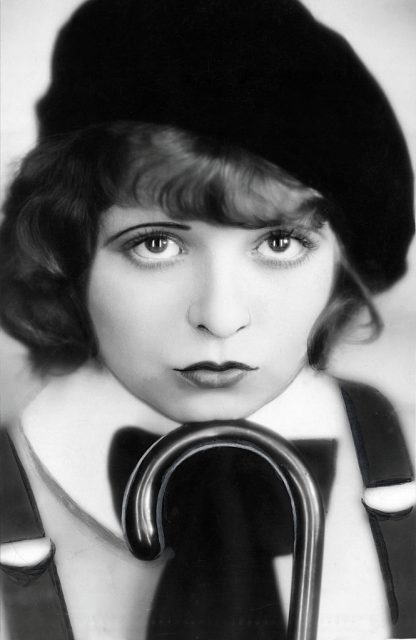 It wasn’t an overnight success story – several more years of struggling later, she signed on the dotted line with Paramount as a future silent movie icon. The Guardian mentions her “stunning ability to move naturally in front of the camera, bobbing and smirking with humour and sexiness.” Speaking of bobs, her hair was styled into an unmistakable mop top bob. Words like “flapper” and “jazz baby” were liberally applied to Bow, whose onscreen charisma and colorful private life made as many headlines as box office bucks. 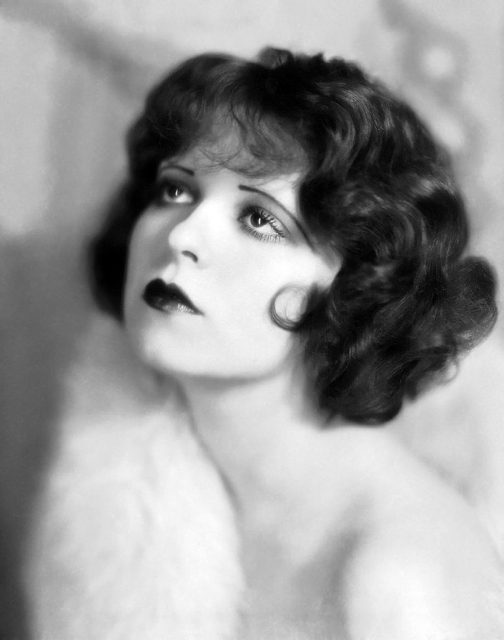 1927 saw the release of breakthrough movie ‘It’. This romantic comedy – based on the novella by Elinor Glyn – cast Bow as Betty Lou Spence, an ambitious shop employee who gets the boss in her romantic crosshairs! Following the film’s success, she was referred to as the “It Girl” and became Paramount’s biggest name.

Oscar-winning war movie Wings came out the same year. Bow’s “girl next door” role of Mary Preston was specially written for her, such was the studio’s interest. She gave audiences someone to root for in dark times. “Yes, Bow was a cutie,” Vogue observes, “but it wasn’t just her appearance that made her box-office gold. It was her sense of fun. A need for escape, a kinetic energy”. 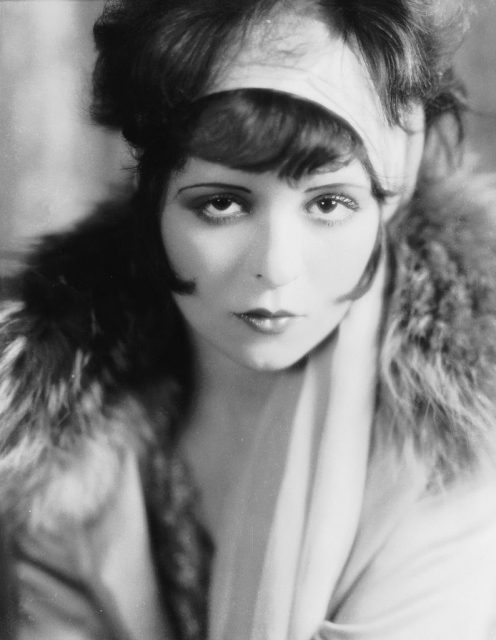 Not that the studio appreciated her much beyond the receipts. She found herself in conflict with people who were supposed to be her peers. To them, the real life Clara was an undesirable menace. “They yell at me to be dignified,” Bow said in a famous quote. “But what are the dignified people like? The people who are held up as examples of me? They are snobs. Frightful snobs. I’m a curiosity in Hollywood. I’m a big freak, because I’m myself!” 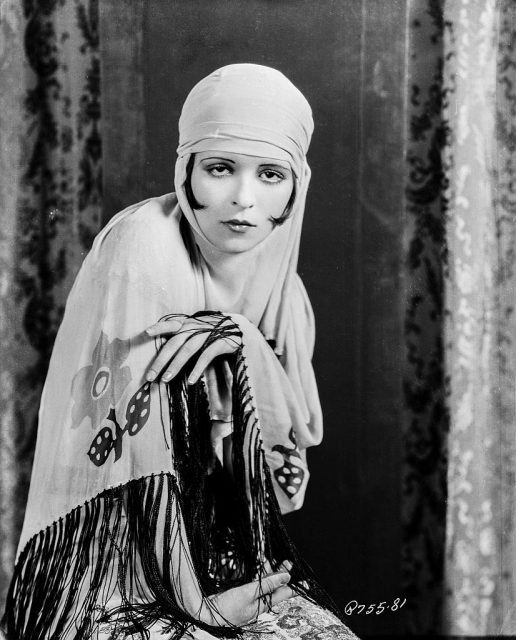 When sound landed in Hollywood toward the end of the Roaring Twenties, the world heard her Brooklyn accent for the first time. Bow kept on acting, but disliked the talkies process with elaborate microphones dictating the action. Times were changing and behind the glamour she was deeply unhappy. “I have learned that pictures take away more than they give,” she told Motion Picture Classic in 1930. “It not only doesn’t bring you happiness, but you find it has robbed you of all the other things that might have given you happiness.” 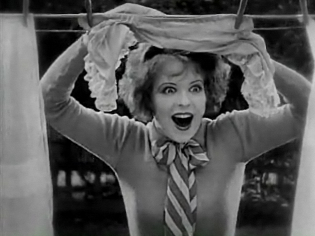 The publication had its own candid take. Writer Elisabeth Goldbeck says “she is still at war with the life she has to lead”, adding that “Clara is confused. She is still instinctively friendly and trusting. But she has had so many slaps in the face that cynicism is putting up a hard fight against her natural sweetness.” Bow retired 3 years later, with 57 films under her belt.

As with other stars past and present, Bow found constant scrutiny of her private life hard to handle. She was married to Western star turned politician Rex Bell from 1931 through to his end in ‘62. She is also said to have had high profile affairs, intensifying her dealings with the press wherever she went. One publisher tried blackmailing her over scurrilous rumors, and went to prison as a result.

The industry gave it to her with both barrels even when she wasn’t in town. 1952’s Singin’ In The Rain presented a caricature of Bow named Lina Lamont. “The class snobbery that feeds into that portrayal is unmistakable” writes The Guardian. Away from the spotlight, Bow still received unwelcome attention.

She became a rancher in later life and sadly tried to take her own life. Psychologically evaluated in 1949, she was diagnosed with schizophrenia. However she went on to live in a bungalow until she passed away of a heart attack aged 60.

The establishment wanted this working class legend out of the picture, and for several decades the blackballing succeeded. By the 1980s her legacy was finally being recognized. Efforts have recently been made to film a biopic of her life. Jennifer Tilly portrayed her in 2013’s offbeat silent curio Return To Babylon.

As for the woman herself, she saw echoes of times past in the rise of another troubled figure, Marilyn Monroe. Clara Bow found the A List an ordeal. Yet despite her personal traumas she brought happiness to millions at the time and continues to do so today.