Experts are toasting their latest find… 600 beer bottles of 19th century booze. Fancy a tipple? Stacks of historic brew have been found under some old cellar steps in Leeds, England.

The Scarborough Castle Inn doesn’t exist anymore. But it left behind a variety of thirst quenchers, which were stumbled upon in February. It’s just one of the fascinating discoveries made by WYAS (West Yorkshire Archaeological Services) that can be seen on their Facebook page. They’re busy excavating the old Tetley Brewery site, located in Leeds city centre.

According to the Yorkshire Evening Post, the area is “in the process of being redeveloped into a vibrant, connected, sustainable mixed use neighbourhood.” That might need to wait however, as a series of Georgian and Victorian cellars have been unearthed. Overall, the excavation hopes to get a picture of life and work in Leeds between the late medieval period and present day.

Smithsonian Magazine describes the bottles as from “a mishmash of different breweries that were active in the 1880s”. The name J.E. Richardson features prominently. Initially they were thought to be ginger beer… turns out things are a whole lot stronger. 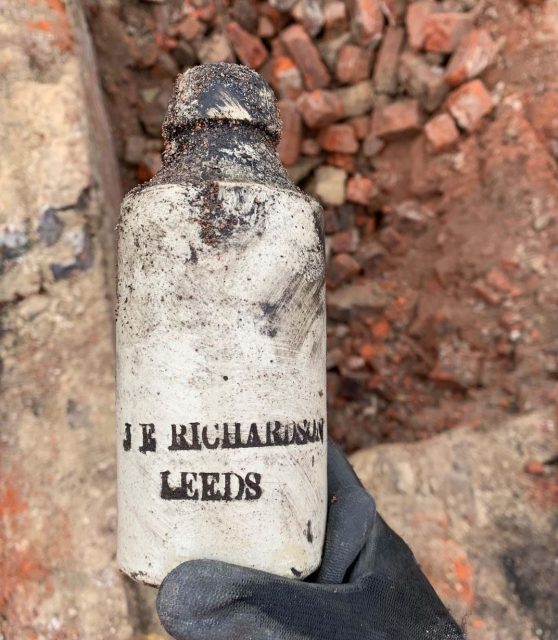 As might be expected, these beverages carry a health warning. And it goes beyond out of date ingredients. WYJS – West Yorkshire Joint Services, of which WYAS is a part – put the booze under the microscope. The alcohol content was quite low, 3 % ABV with 5.07 pH. However every litre of the good stuff also packs 0.13 milligrams of lead. That’s well above the World Health Organization “safe” level of 0.01 mg!

How come it’s poisonous? A likely culprit is lead piping, which would have come into contact with the brewer’s water supply. “In this amount, the toxic metal may have caused the beer’s buyers to feel weak and sick,” writes Smithsonian Magazine, “potentially causing irreversible damage to their internal organs.” A night out could well see drinkers checking out. 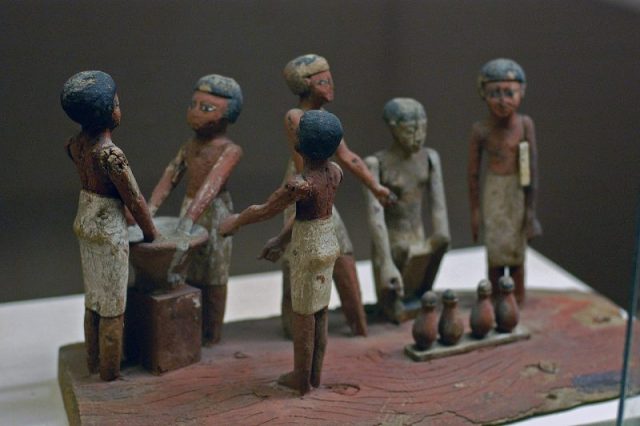 Grim revelations aside, the find has been refreshing (or to be more precise, non-refreshing) for local experts. Speaking to Drinks Business, WYAS Senior Project Manager David Williams sees the work as “a great opportunity” and believes he’s gained “a real insight to the daily lives of the former residents of Leeds”.

Archaeological intrigue means all endeavors are on hold for the time being. Company Vastint, who will eventually build on the land, are reportedly planning to display the bottles for educational purposes.

Meanwhile WYAS have posted a snap of another bottle, this one originating from the legendary Tetley brewery. Joshua Tetley founded the operation from an existing business in 1822. Art deco building The Tetley was completed in 1931. Now an arts centre, the website writes that “Construction of a new brewery began in 1852 and by 1860 Tetley was the largest brewery in the North of England. By 1875, annual beer production had reached 171,500 barrels.” The iconic brewery was reduced to rubble in 2012, gone but not forgotten. Its product is now the property of Carlsberg.

Leeds has a formidable industrial past. The 19th century saw rapid expansion during the Industrial Revolution. “The 1801 census showed a population of 30,000 and just 50 years later this number had more than tripled” notes the Yorkshire Reporter. Though it goes on to add, “Due to the vast growth new houses were swiftly erected – slums with dreadful living conditions where cholera was rife.”

Canal networks delivered supplies to the community. In 1758 steam power brought trains to the area, in the ground-breaking shape of the Middleton Railway. It was “the first successful commercial steam railway in the world and it transported coal from Middleton colliery into the centre of Leeds to feed the ever growing industries that were springing up.” The lines still run today! By the time 1900 rolled around, Leeds had been categorized as a city.

The 600 beer bottles form only a small part of its story. Yet they demonstrate the diverse and surprising nature of Leeds’ history…