3 different early human fossils from 2 million years ago have been found together at the same time and same place. These include Australopithecus, Paranthropus, and the earliest known example of our famous ancestor Homo erectus! This unprecedented development has archaeologists scratching their noggins while they poke around in the skulls of others.

How did Homo sapiens wind up where they are? And just how did their brains develop in order for them to do that? The answer may lie in South Africa. Experts have been analyzing the fossilized brain cases of ancient human ancestors, uncovered at the Drimolen Paleocave System back in 2015.

A study has now been published in the journal Science, showing that Mankind’s history isn’t so much a straight line, more of a crazy jigsaw. Homo Erectus inherited the evolutionary mantle for millions of years. La Trobe University students Jesse Martin and Angeline Leece picked out bone fragments from what turned out to be a hominid child. Initially the human fossils were mistaken for those of a baboon. 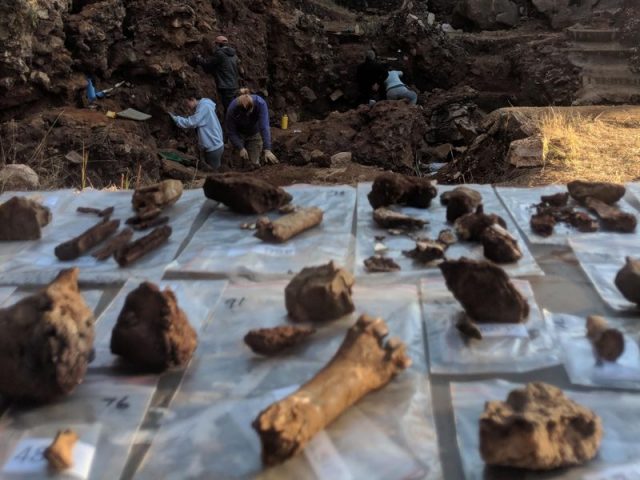 Nature.com describes H. Erectus as “arguably the earliest species in the human lineage to have so many human-like qualities”. Fossils “display a number of new and distinctly modern human traits”. Since their discovery in the late 19th century, attention has been paid to their bigger brains, sophisticated behavioral patterns and changes in teeth structure. The site also notes it “is often referred to as the first cosmopolitan hominin lineage, meaning the first hominin species whose geographic range had expanded beyond a single continental region.” 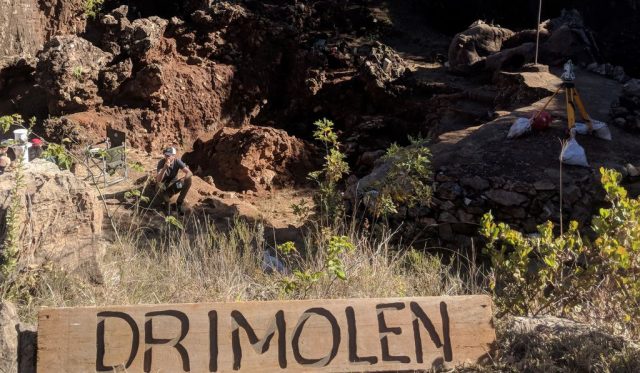 It’s long been believed the species originated in East Africa, or Asia. On this evidence, it appears there was more roaming around than first thought. Alongside H. Erectus is Paranthropus robustus. According to National Geographic, it “had a very stout skull, particularly large teeth, and an impressive crest on top of the braincase where its massive chewing muscles were attached.” The muscles apparently evolved to cope with challenging foodstuffs. “Chewy” back then must have meant very chewy! 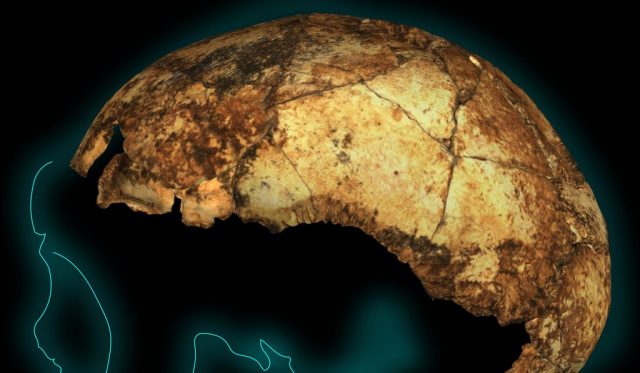 Homo erectus cranium with stylized outline of the rest of the skull. (Andy Herries, Jesse Martin and Renaud Joannes-Boyau)

Completing the trip through human ancestry is Australopithecus sediba. National Geographic writes it “may have been a direct ancestor to the genus Homo, including the species Homo erectus.”

However, the child’s skull discovery complicates things further due to its striking age. Smithsonian Magazine states that “the cranium find described at Drimolen would push back their earliest-known occurrence anywhere in the world by more than 100,000 years.” So there’s a fossilized record, but ironically nothing is set in stone. 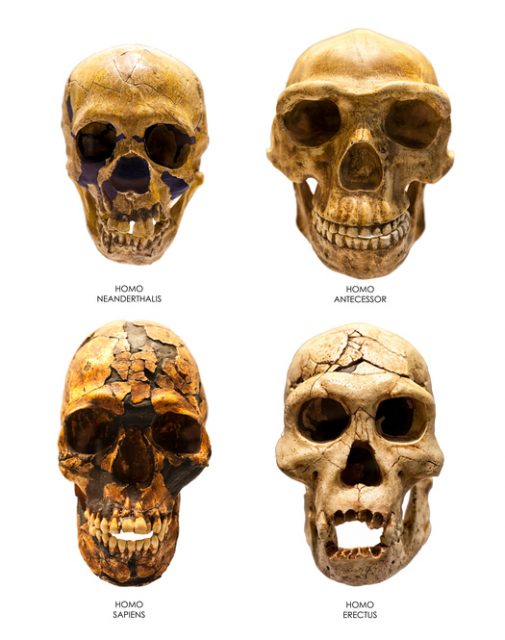 Instead of following each other sequentially, it could be these 3 early humans were living together at the same time and occupied the same space. It’s presumed H. Erectus outlasted the rest due to its capacity for adaptation. Some commentators point to the sizeable chompers on Paranthropus robustus, which may only have been suitable in certain situations, and not much use once new food sources arrived.

What makes things even more puzzling is the identity of the Erectus skull. It may not even be what people think it is at all! The site mentions Rick Potts, who heads up the Human Origins program at Smithsonian. He’s certain the genus of Homo is accurate, but “notes that the incomplete skull doesn’t show all the telltale features that would characterize it as Homo erectus or some other relative.” It being such a young example is also significant: “Furthermore, the cranium belongs to a 2- or 3-year-old child, for which comparisons are scarce.”

La Trobe University paleoanthropologist Andy Herries – one of the study’s authors – thinks they’re definitely following the right footprints. He also sees shifting environments as a major player in why ancient species moved around the way they did.

For this, he looks to the presence of other species. “An extinct prehistoric zebra and springbok appear at South African sites during this same time,” writes Smithsonian, “suggesting some environmental factors spurred their relatively sudden migration into the region from regions further north where they are known to have lived earlier.” Potts adds that “This period around 2 million years ago is one of prolonged, very high climate variability in Eastern Africa.”

Where Homo erectus and humanity in general originated from is still a murky area. Yet finds like these give archaeologists and the like vital clues. Jesse Martin – the student who helped start it all – talked to National Geographic, describing Homo erectus’ historic path as “the first human experiment with globalization”.

It may never be known for sure whether the team dug out Homo erectus, or even whether the 3 human fossils were living together in some bizarre genetic house share. Still, a picture is painted of the Earth in all its diversity, a topic that will be argued about for centuries to come…