Bored at Home? These World-Class Museums can be Visited Virtually

Museums can now be accessed with the click of a few buttons. Cat videos and Netflix binges are all well and good. But sometimes a serious culture fix is what’s needed to clear out the clutter in people’s minds! Museums have been throwing open their doors in a virtual sense for years. So now that staying in is definitely the new going out, it’s the perfect time to take a virtual tour. Here are 6 of the best options…

Where better place to start than one of the heavy hitters of historical information? The Smithsonian complex has its bases in Washington D.C., New York and Chantilly, Virginia. This government-managed treasure trove began life in 1846, and covers 19 museums in total.

The Institution gives surfers access to areas like the National Museum of Natural History. Here curious minds can absorb the details of ancient relics, such as dinosaur fossils, and even living butterflies care of the Butterfly Pavilion. 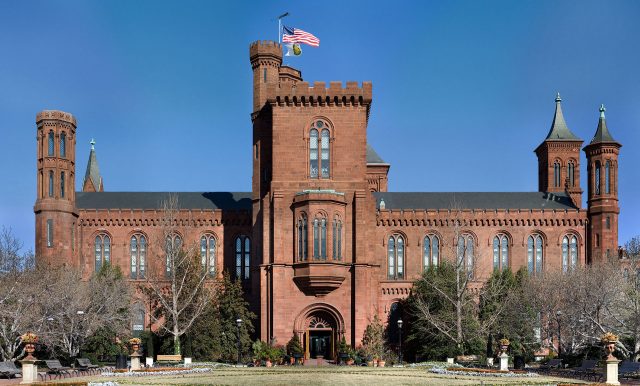 The “Castle” (1847), the Smithsonian Institution’s first building, which remains its headquarters.

The Smithsonian American Art Museum takes armchair audiences on a journey to the nation’s creative summit. Educational videos, webcasts and Google views put people in the middle of the action. Using a variety of means, Smithsonian delivers exhibitions on everything from Votes for Women to an interactive journey through American Indians’ cultural experience.

The Institution is keen to promote its exciting Open Access portal, where users can delve into the Smithsonian’s vast collections and check out nearly 3 million images. Want to see Neil Armstrong’s spacesuit, or Amelia Earhart’s plane? Certainly beats another episode of the Kardashians…!

Located in the centre of Amsterdam, this museum is based in the 17th century house where Anne Frank and her family hid from the Nazis between 1942 – 44. Open since 1960 with input from her father Otto Frank, it offers a raft of resources to explore online.

Their website’s “Secret Annex” section enables visitors to see Anne’s living conditions for themselves. Using a 3D app, the environment is recreated in virtual reality. Whereas the real annex is bare, following the Frank family’s capture, this version restores the furniture as accurately as possible. Previously they lived at a house in Merwedeplein square – a 360 degree photographic tour shows the property, which has been restored in a 1930s style. 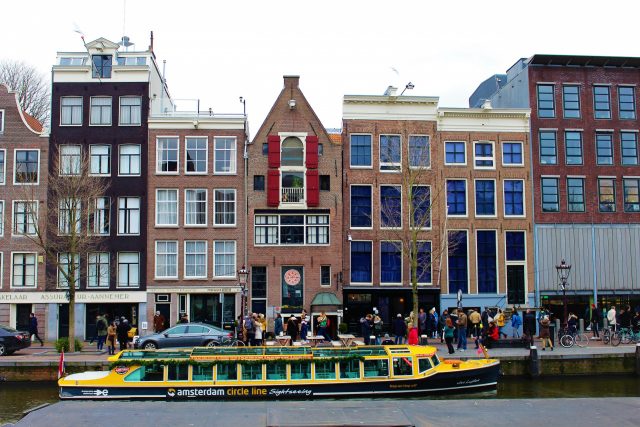 Outside the Anne Frank house, Amsterdam.

Anne Frank House also posts content on its YouTube channel. This includes a drama documentary strand, where Anne is presented as a vlogger. Meanwhile, Google Arts & Culture host a virtual exhibition featuring a range of photos, information and video clips…

This Spanish national institution has been bringing visitors to Madrid since 1992. Together with the Prado Museum and the Reina Sofia, it forms the famous “Golden Triangle of Art”. However, it only takes a digital device to explore this particular corner. 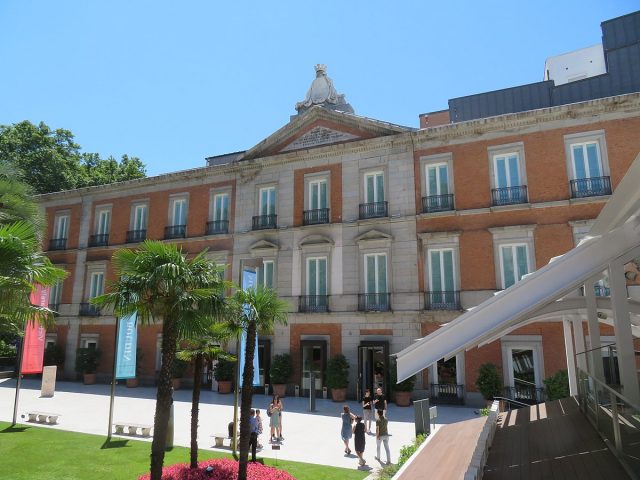 The Thyssen’s wallet-wrecking collection was started in 1920 by namesake and entrepreneur Heinrich Thyssen. Today the museum’s website lets house-bound art lovers access masterpieces by Picasso, Rembrandt, Dali and many more. Everything appears to be available for viewing, though with so much to dive into there’s the welcome option of selecting a virtual tour by theme.

Exhibits such as an immersive look at the work of Monet and Boudin provide sheer quality at absolutely zero cost. A thriving video collection is also on hand, containing educational materials, lectures and interviews…

The Vatican is one of the most recognizable religious locations in the world. Having stood for centuries, it comes as no surprise to learn it has been busy cataloguing that rich history in museums. These date back to the early 16th century and were founded by Pope Julius II.

In the physical realm, covering 5.5 hectares of sacred heritage might give rise to a blister or two. Thankfully higher powers have intervened, to ensure internet users can marvel at sights like the Sistine Chapel from home. Examine the legendary ceiling by Michelangelo without getting a crick in the neck! 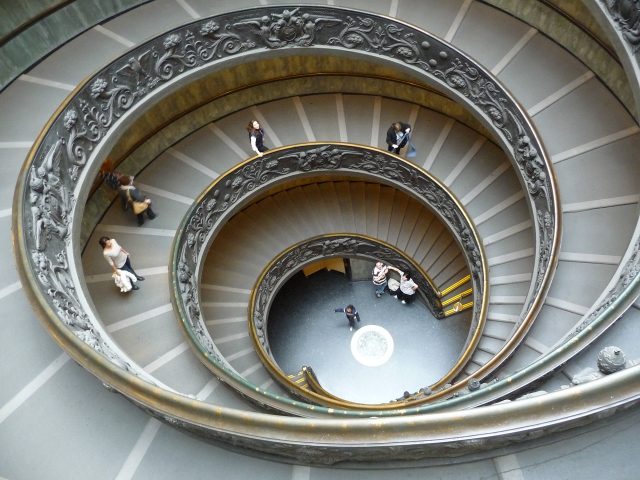 Staircase at the Vatican Museum

Raphael’s Rooms, or the Stanze of Raphael, are found in the Pontifical Palace. These 4 rooms are festooned with beautiful artwork from the school of this painting legend.

7 sections of the Vatican Museums overall are at the public’s fingertips. Plenty to contemplate whilst spending some downtime online…

3D tech from the 21st century plays a big part in tours of galleries such as the Sainsbury Wing. Here, close to 300 works from the Early Renaissance are now more accessible than ever before. The Gallery partnered with Oculus and Matterport for a VR masterclass in historic masterpieces. 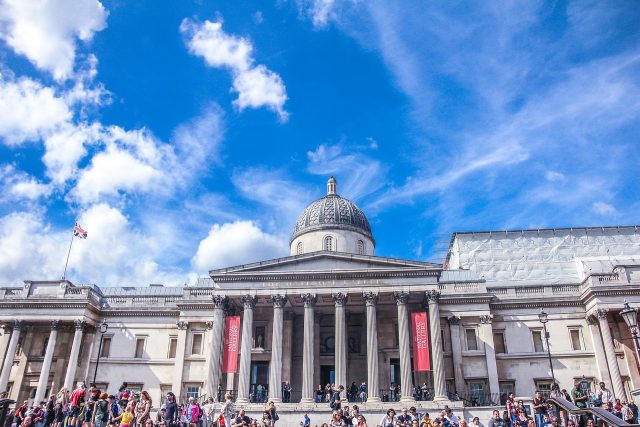 And if someone has never heard of Vincent van Gogh’s ‘Sunflowers’ (or maybe they saw it in the recent Doctor Who Twitter event celebrating classic van Gogh tale Vincent and the Doctor!) it’s time to educate them, as one version resides at this very museum…

Not all museums are earthbound. NASA is embedded in American history, and though its Research Centers are based on terra firma, they offer a fascinating record of space exploration.

Visit Virginia’s Langley venue – the Agency’s oldest field center – and check out landmark places such as the Katherine Johnson Computational Research Facility. The structure celebrates the achievements of this pioneering mathematician. Johnson sadly passed away earlier this year, however her story was told on the big screen in Hidden Figures.

Related Article: One of the Oddest Museums in the World is Dedicated to Broken Relationships

There’s action aplenty over in Ohio, at the Glenn Research Center , named after astronaut John Glenn. The Zero Gravity Research Facility sounds far removed from most households but anyone can get an expert’s eye view on microgravity, thanks to a virtual tour…

These and other locations, both well-known and obscure, are showing that not everything has shut down as a result of Covid-19. History marches on, and as it does museums around the world will be there to chronicle it… be it in the real world or cyberspace.