Land O’Lakes is dropping Native American star Mia. Not that she’s a real person! The illustrated “maiden” – kneeling and offering up dairy products – has been emblazoned on company packaging since Land O’Lakes was founded in 1921.

With the farming co-operative’s centenary coming up, the decision has been taken to retire this beloved if controversial image. A gradual phase out is happening, announced back in February via a statement. It’s expected Mia will have fully disappeared by the end of the year.

What will replace her? For a member-led organization, the answer is as simple as butter itself – Mia is gone but the land lives on. A painted image of the Minnesota countryside still features on the new packaging, together with the words “Farmer-Owned” and “Since 1921”.

Not that human life is out of the frame. Land O’Lakes stresses that “Some products, including stick butter, will also include photos of real Land O’Lakes farmers and co-op members”. President and CEO Beth Ford explains “As a farmer-owned co-op, we strongly feel the need to better connect the men and women who grow our food with those who consume it. Our farmer-to-fork structure gives us a unique ability to bridge this divide.” 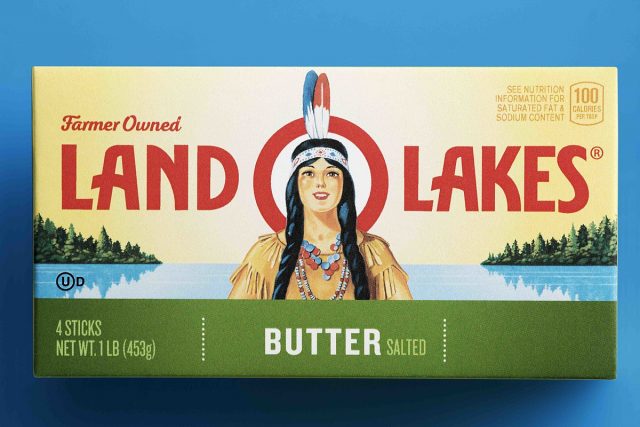 The move has been praised by some. “Native people are not mascots or logos” writes Lt Governor Peggy Flanagan of Minnesota. She’s only the second Native American woman to hold an elected post of statewide executive office. Ruth Buffalo of the North Dakota Legislature spoke to the Grand Forks Herald. She called Land O’Lakes decision “a good gesture and a step forward. But we can’t stop there. We as a whole need to keep pushing forward to address the underlying issues”.

Others think the company hasn’t gone far enough. Dr Adrienne Keene – an academic and activist who created the Native Appropriations blog – addresses Land O’Lakes’ relative silence on the Mia front. Keene tells the Minnesota Reformer “It could have been a very strong and positive message to have publicly said, ‘We realized after a hundred years that our image was harmful and so we decided to remove it’.” 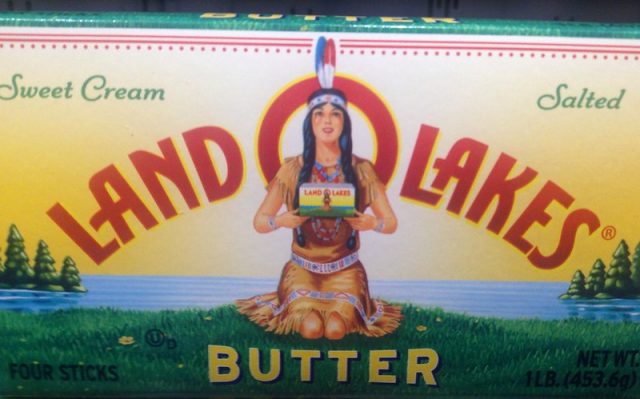 On the flipside, customers with access to social media are less than happy! As reported by Buzzfeed, one Twitter user types, “Your virtue signalling lost you some good customers who were always willing to pay more for your product.” The disgruntled dairy fan adds the hashtag: “#BuhByeLOL”.

Another comment reads: “IT IS NOT RACIST. IT IS HERITAGE. IT IS A COMPLIMENT TO NATIVE AMERICANS WHO DID THINGS THE HARD, FRESH WAY.” This statement is arguably the strongest stuff: “I’m removing your product from my fridge. I’ll buy Walmart butter before I buy PC butter.” Ouch!

The Historically Speaking blog refers to Minnesota’s connection to Native American legend. “Minnehaha is a fictional Native American woman whose name translates to ‘laughing waters’ in Dakota” it writes. “In Native folklore, she was the lover of the male protagonist Hiawatha, until she met her untimely end in Henry Wadsworth Longfellow’s 1855 poem ‘The Song of Hiawatha.’” It’s thought Mia might possibly have been a tribute of sorts to Minnehaha. 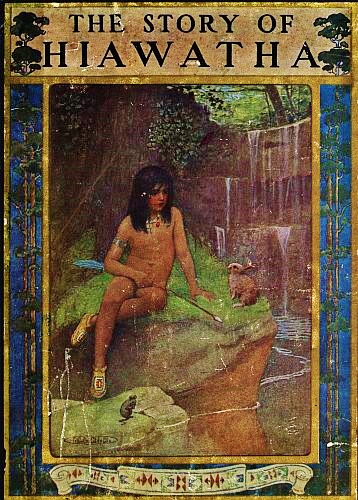 Land O’Lakes has made alterations to the character of Mia before. Originally created by artist Arthur C. Hanson, she was recently pictured in close up – her kneeling cut out of the design. Ojibwe artist Patrick DesJarlait reworked the image in the 1950s. Son Robert believes that while Mia definitely causes offence, he feels conflicted about her removal. The Star Tribune quotes him as saying: “We live in a politically correct time, so maybe it was time to get rid of it. It certainly devolved into a stereotype.”

Paul Chaat Smith, associate curator of the National Museum of the American Indian (Smithsonian), seconds that emotion, telling Smithsonian Magazine: “One wishes for an alternative besides stereotype or erasure.”

Related Article: The true story of Pocahontas is sadder and less romantic than the enduring myths

As Historically Speaking puts it, the 320 founders of Land O’Lakes wanted to highlight a local flavor anyway, so maybe this development isn’t so radical. “Ideally, they wanted their company’s image to resemble Minnesota’s rich culture and history” it says. “So, they decided to call upon Minnesotans themselves. People from across the state submitted their ideas and drawings to the MCCA. Inspired by Minnesota’s official catchphrase ‘Land of 10,000 Lakes,’ contestants Mrs. E.B. Foss and Mr. George L. Swift, sent in the award-winning name: Land O’Lakes, Inc.”

Mia was certainly an important part of the story. Her absence will be keenly felt by some and celebrated by others. As long as the product is good, sales should stay healthy enough.