A probable Roman shipwreck was found in Serbia under the most improbably of circumstances. The coal miners at the Kostolac surface mine were excavating a slope when they found something unexpected – the remains of three shipwrecks which seem to be from the Roman era, according to a report from Ars Technica. The boats were buried under the mud of what used to be ancient riverbank, and are currently estimated to have been buried there for at least 1,300 years.

The find, while unexpected, is far from improbable, since the mine is located close by what used to be the Roman town of Viminacium. The largest of the boats was a flat-bottomed riverboat that was nearly 50 feet long and was constructed in a way that suggests Roman shipbuilding techniques were used. The other two wrecks were of a smaller, simpler scale. They were both dugouts that had been carved from single tree trunks. It’s known that boats of this type were used by Slavs who wanted to attack the Roman frontier. 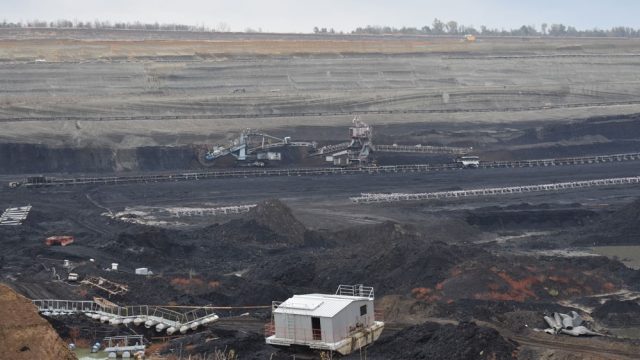 Kostolac mine in Drmno, Serbia. Image courtesry of ROXTEC

The wrecks were lying on a layer of gravel that was around 49 feet deep, and were buried under a layer of 23 feet of clay and silt. Because they were buried, the boats remained in an excellent state of preservation until they were discovered. Unfortunately, the excavation equipment the miners were using caused damage to the largest of the wrecks, in particular.

Miomir Korac, the director of the Archaeological Institute and head of the Viminacium Science Project, estimates that between 35-40% of that ship was damaged when the mining equipment dug into the slope. An archaeological team collected all the pieces and believes that will be able to reconstruct it almost completely. The hope is that when all three ships are reconstructed they will be able to shed some light on when they were built and how they ended up where they were found. 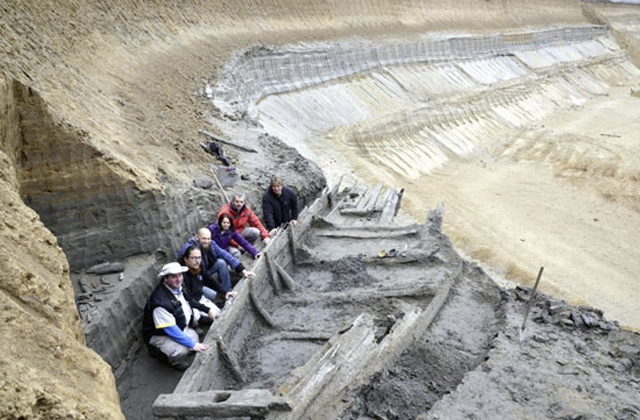 The shipwreck found in the mine. Image courtesy of Uryadovy Courier

Right now, the social distancing imposed by the coronavirus is complicating the ability to get information about exactly when the ships were built. Korac’s team has sent samples of wood taken from oak trees that were buried nearby and sent them off to be carbon dated, but protections in place to slow the virus mean that getting results in a timely way is impossible. The same issues holds true for attempting to get a geological analysis of the soil that surrounded the find.

The large ship was outfitted with six sets of oars and had a single deck. It also had the fittings for a triangular lateen sail. There are signs of repairs and refurbishments to the hull and other parts of it, suggesting that it had seen a lot of use in its working life. The techniques used to build appear to be Roman, but similar techniques were used in Byzantium, as well as elsewhere in Europe during the medieval era, so being able to confirm the ship’s age would be a good way to help confirm its origin. One of the two dugouts had some carved decoration, but they are both much simpler boats than the big one. 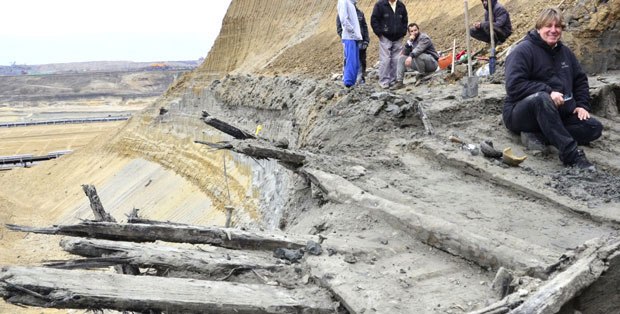 The shipwreck found in the Serbian mine. Image courtesy of Uryadovy Courier

The most likely thing is that the boats all date from the Roman era, however. Viminacium fell in the 600s AD, and there’s no historical evidence for ports in the area after that time. Viminacium was a substantial town, being both the capital of the Roman province of Moesia and the home of the province’s military base.

It was only 12 miles away from Kostolac, and was on the banks of the Danube River. It is currently an archaeological park which gives tourists the opportunity to see various parts of the ruins of the city. Because of its size and role at the time, the three boats being wrecked together is intriguing to local archaeologists.

None of the ships show any signs of being damaged by fighting or fire, arguing against the idea of them being involved in a battle. The large ship could have just been used for general transport as easily as it could have been a warship, and the wreck is empty of any type of personal belongings which could have told researchers what sort of crew it held. The dugouts weren’t used as combat craft, either. Boats of that type were more commonly used as way of crossing the river so that land attacks could be made.

So why were those three boats all together? Korac speculates that they may have simply been evacuated or abandoned, and notes that they didn’t sink quickly or laden with cargo. They could have even been sunk intentionally as a way of preventing them from falling into the wrong hands. The only way to really answer the question is through further analysis and study, which won’t be happening soon.