The discovery of a new snake has Harry Potter fans excited. One of the privileges of discovering a new species of plant or animal is the ability to name it. Usually those names are pretty straightforward, but sometimes the new discovery gets a moniker that is a bit off the wall – silly but descriptive, personal, or an homage to someone or something else. One example of the first category is the Dumbo octopus, which has fins on the top of its head that resemble the outsized ears of the famous Disney character. Another example is the fried-egg jellyfish, also named for its unusual appearance.

A recent article from Smithsonian magazine talks about a recent discovery which falls into the ‘homage’ category, and is named after a character from the well-known Harry Potter series, written by J. K. Rowling. That character is Salazar Slytherin. The snake has been named Trimeresurus Salazar, to be commonly known as Salazar’s pit viper.

The new species is part of the genus Trimeresurus Lacepede, which encompasses nearly 50 different species of pit viper native to east and Southeast Asia and was discovered by Indian scientists in the county’s northern state of Arunachal Pradesh. The region is apparently a hot-spot for biodiversity. In the last year, scientists have also discovered three other types of snake and a new species of tortoise in the same state. Zeeshan Mirza, a biologist from India’s National Centre for Biological Sciences led the team of researchers who made the discovery and published their work in the journal Zoosystematics and Evolution.

Pit vipers get their name from the two sensory pits on either side of their heads, and the different species can be difficult to tell apart in the wild because many of them look a lot alike. It’s only through genetic studies that the different varieties of these venomous snakes can be positively identified, making it hard for scientists to know exactly how many different types have been discovered. With this new species, however, visual identification is somewhat easier. The males all have a reddish-orange strip on the sides of their heads. 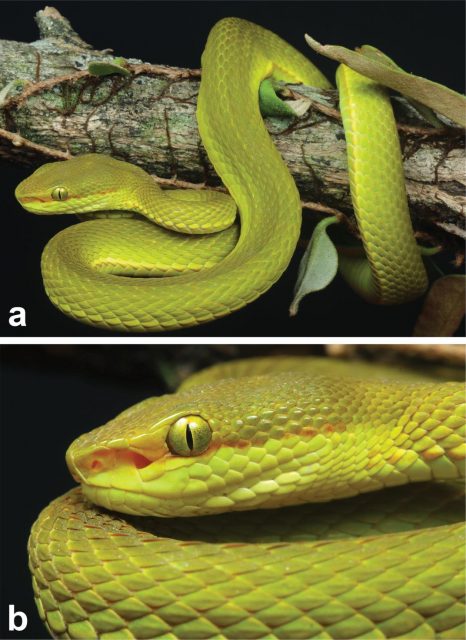 For anyone who has managed to escape having much exposure to the now-ubiquitous young adult novels, the figure of the snake’s namesake, Salazar Slytherin, looms large in the series mythos. Slytherin is one of four ancient and powerful wizards who created Hogwarts School of Witchcraft and Wizardry, the institution where Harry Potter’s story unfolds.

Each of the four founding members of the school, Godric Gryffindor, Helga Hufflepuff, Salazar Slytherin, and Rowena Ravenclaw had particular values traits that they most prized in their students, and the school was divided into four houses led by the founders, with each house being focused on that founder’s particular beliefs. 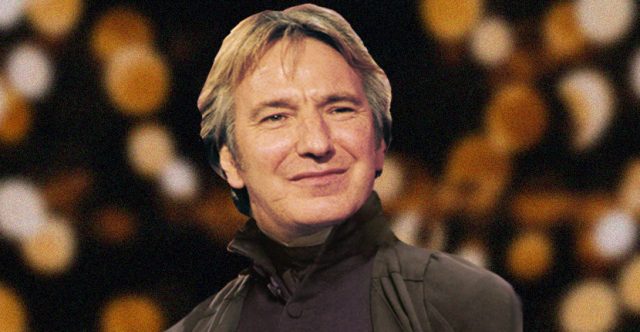 Salazar Slytherin was sort of the black sheep of the group. He prized ambition and a certain ruthlessness in his preferred students, and wasn’t averse to practicing the Dark Arts, making him unique among the founders. He was also something the books called a Parselmouth; he had the ability to speak with and understand snakes. His house colors were green and symbol, and the badge prominently features a snake. The snake even actually somewhat resembles the newly-discovered pit viper.

If naming a snake after a fictional wizard from Harry Potter sounds a bit ridiculous, Salazar’s pit viper is not entirely anomalous. There are actually at least nine other animal names that have been inspired by the series. A group of scientists in Mumbai named a species of spider they discovered Eriovixia gryffindori after Gryffindor House, Harry Potter’s house at Hogwarts. It was given its name because the shape of the spider’s body resembles the Sorting Hat used in the movie versions of the books.

There are other examples such as a type of wasp in New Zealand named after the character of Lucius Malfoy, a species of cockroach wasp known as Ampulex dementor, and even a recently-discovered species of dinosaur that has been dubbed Dracorex hogwartsia. Clearly, even serious scientists can appreciate a good story.

« Coal Miners in Serbia Discover Roman-era Shipwreck Buried in their Mine
1,000-yr-old English Mill Rushed Back into Operation to Meet Demand »