Alien and UFO enthusiasts got an encouraging boost when the Pentagon recently confirmed as authentic footage that has been circulating online purporting to show an unidentified flying object. The government body released a statement about three videos, one taken in 2004, the other two shot in 2015. All three videos were shot by naval pilots, and on one, a flier is heard exclaiming that he has no idea what he’s looking at, and urges his co-pilot to take in the amazing sight. One sequence was shot over the Pacific Ocean, and the other over Atlantic, off the U.S.A.’s east coast.

The Pentagon did not say that the pilots were looking at UFOs, but it did clarify that the footage was the real thing, not doctored, as many suspected when it made the rounds online in the past. This was considered great news to believers in alien visitations to Earth, many of whom cheered the Pentagon announcement with the rigor normally saved for meeting a rock star, or a president.

One such individual, a retired politician in Nevada, Harry Reid, told the New York Times on April 28th that he was delighted by the Pentagon’s forthright announcement, but added that, in his opinion, much work has yet to be done on the UFOs entering American skies. Not only are there gaps in the research about the “extra terrestrials” who visit, but also in the knowledge of how great a risk they pose to the country’s national security. 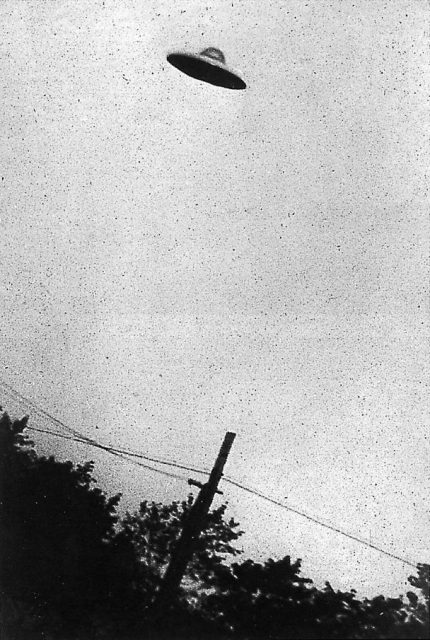 In relation to the three videos focused on in the government’s statement, no mention was made of the “aerial phenomena,” as the Pentagon referred to the flying objects, impinging on military air space.  Nor did they appear equipped with any kind of apparatus that could be interpreted as threatening. Still, some folks like Reid believe governments cannot be too careful when it comes to UFOs, and that work must be done to study them and learn the motives behind their journeying to Earth. On Monday, Reid took to Twitter to insist that “the American people deserve to be informed.”

The declassified footage can be viewed below:

UFOs and extra terrestrials have long been a source of fascination for some, and derision for others. Even some academics at respectable institutions believe that the matter deserves investigation, though most scholars dismiss the notion that aliens have, or continue to, visit Earth.

The popular term for those who study and believe in UFOs, not necessarily from a rigorous intellectual perspective, is “ufology.” Since the first articles and books began to be published on the subject almost 50 years ago, there has been a mutual distrust, and a mutual lack of respect, between the two camps: those who study UFOs to disprove their existence, and those who study them to try to verify their existence.

And so the Pentagon statement about the footage was considered a victory for the latter camp, insofar as the video shows something no one can dismiss as fictional, or doctored. But what do the videos actually show? Are they actually UFOs, or are they simply a kind of aircraft not familiar to experts? Or are they part of some elaborate stunt, like crop circles were several decades ago? Right now, no one is certain, but believers in UFOs feel as though, at least in part, their suspicions have been partially verified.

« 1,000-yr-old English Mill Rushed Back into Operation to Meet Demand
Weird Food Eaten by British Royals you Wouldn’t Find on any Plate Today »