Intriguing personal artifacts have been unearthed at Auschwitz-Birkenau, which was the very worst of all the camps designed by the Nazis for individuals whom they deemed unworthy. It is a nightmarish period of 20th century history that the world will never forget, and one reason we won’t is the museum that now exists at Auschwitz that commemorates those who died there, and those who managed to survive.

It is funded by the Austrian National Fund For Victims of National Socialism (the Nazis) which sponsors work there that ensures the camp will endure, so that people can continue to visit, commemorate, and remember the Holocaust and its countless victims. 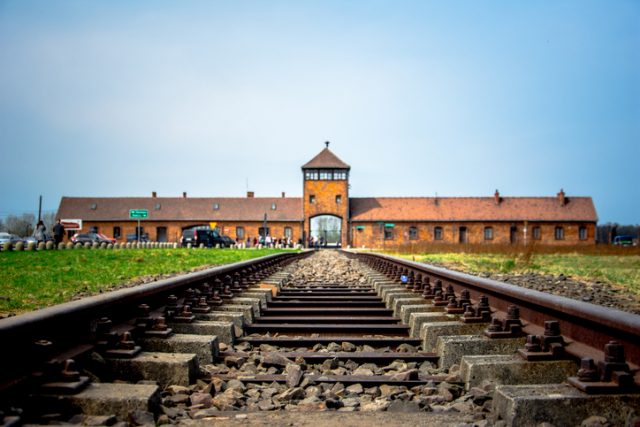 The organization began renovations to one of the prisoners’ barracks, called Block 17, in mid April, ahead of plans for a new exhibition. Inside a chimney, workers discovered a collection of spoons, forks, hooks, leather pieces and other objects that were hidden there, likely by people who plied certain trades in the camp, like shoe repair and clothes mending.

It was a startling discovery that historians and experts have not had a chance to truly study yet, but their theories, right now, are that the items were hidden to help with those trades, or even as part of an escape plan. Or they may have been used to barter with other prisoners, for food scraps or items that the barracks population needed. 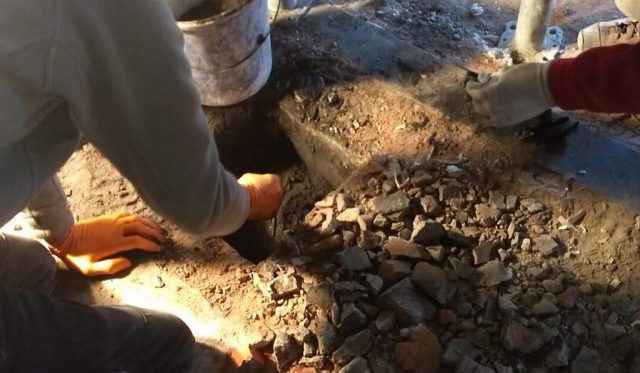 For now, the best experts can do is guess at why inmates hid these things, but those are the explanations, the Austrian organization said in a press release, are most likely. The press release also noted that the barracks were home to prisoners who served as chimney sweeps, and that hiding items in a flue was “no coincidence.”

Work on buildings at the camp began in the fall of 2019, as time, weather and other factors have begun to erode and wear away. Some structures put in place after the Second World War ended have been demolished, under the guidance of Poland’s state museum and other official agencies that supervise the care of the concentration camp, while other structures, part of the original buildings, are being reinforced. 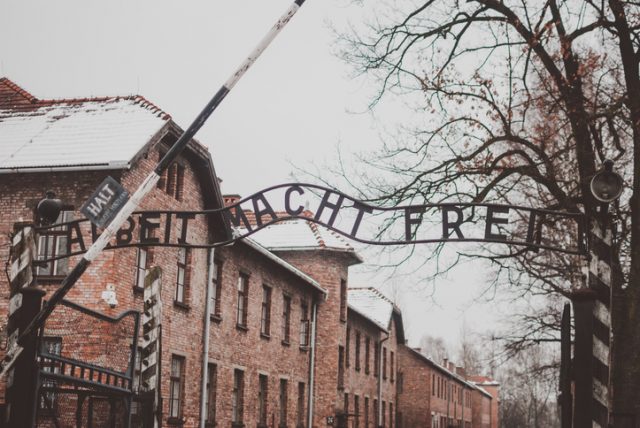 All the construction is being done in cooperation with historians and conservation experts, so that no damage occurs accidentally during the renovations. Although work on the project has been sharply reduced, the objects were carefully collected, cleaned and stored until they can be properly assessed by historians and other experts. One day, no doubt, they will be part of the permanent exhibits at Auschwitz-Birkenau.

Emaciated people barely alive, children stumbling around in filth and an overwhelming stench shocked and appalled those who came to set inmates free. This past January there was a 75th anniversary commemoration at Auschwitz, and some of the remaining survivors made the effort to attend. One survivor, 93 year old Marion Turski, said during the event that Auschwitz did not happen by accident, it did not “fall out of the skies.” It happened, she cautioned, and something like it could very well happen again.

Related Article: The Most Popular Music from Auschwitz Performed for First Time Since 1945

Ms. Turski urged the world to pay attention, and to stand up and fight against those who lie, particularly about what went on at Auschwitz.
Thanks to those who continue to launch restoration of the vital historical buildings at Auschwitz, like the National Fund in Austria, we are not likely to ever forget what happened there. And perhaps, by remembering, we are not doomed to repeat them.

« Hidden Messages Invisible to the Eye Discovered on Dead Sea Scrolls
First Gold Coin Ever Minted in U.S. on Sale for $15 MILLION »