In 1602 when Irish chieftain Red Hugh Roe O’Donnell succumbed to an intestinal infection while traveling to Valladolid, Spain, he was given a royal funeral by Phillip III, the King of Spain. His body was carried to his final resting place, La Capilla de las Maravillas—the Chapel of Marvels—on a horse-drawn hearse with Spanish officials carrying torches and candles around him, according to The Irish Times.

Because of the movement toward secularization in Spain in the 1800s, the chapel was lost. Recent archaeology has revealed not only walls of the chapel but two wooden coffins, human bones, and a skull which may very well lead to confirmation that the burial place of Red Hugh Roe O’Donnell has been found.

The search for O’Donnell’s grave began when Brendan Rohan of County Donegal visited Valladolid in northwest Spain looking for information that could lead him to the Irish hero’s grave. According to Smithsonian Magazine, he spent three days getting the runaround until he hooked up with the director of cultural tourism who shared Rohan’s interest.

Rohan was then sent to the director of archives who informed him the search was a lost cause. Later, after Rohan had returned to Ireland, the city officials he had spoken with decided to follow up and within a year they had enough information about the whereabouts of the old chapel to begin digging on Constitution Street.

Red Hugh was born in County Donegal in Ireland about 1572, and LibraryIreland relates that he was a lord of Tyrconnell, the early name for County Donegal. At the age of twenty, he became chieftain but was, throughout his lifetime, an enemy of England from which Ireland was fighting for its independence. When Red Hugh was sixteen, he was kidnapped by Sir John Perrot, English lord deputy of Ireland from 1584 to 1588, and held for several years in Dublin Castle with other Irish dissidents. 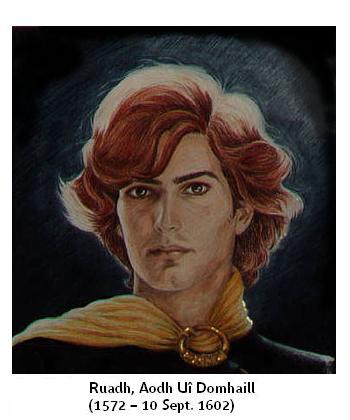 He made two escape attempts with the last being successful in 1592. During his imprisonment, Red Hugh was openly resistant to the English and had made friends with members of another powerful family in the area, the O’Neills. Henry and Art O’Neill escaped with Red Hugh on his second attempt, but they lost track of Henry in the city. When Art and Red Hugh laid down next to a rock to rest, they were covered from a snowfall. Art was dead and Red Hugh was nearly dead but was revived after several days of care in Glenmalure. 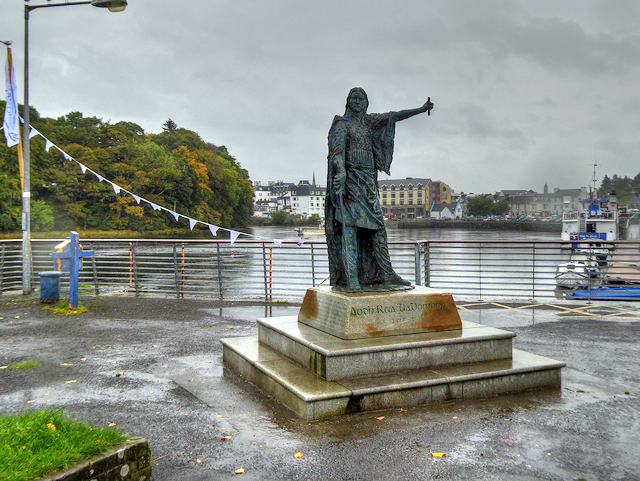 He was taken north to Dungannon where he and Hugh O’Neill joined together to plan more resistance fighting against the English. Red Hugh was still being tended to medically, and as a result of lying in the snow for so long had to have his big toes amputated due to frostbite.

After his recovery, he marched into County Tyrone and destroyed it because the chieftain, Sir Turlough Luineach O’Neill, was an English sympathizer. Red Hugh was pardoned and began the life of an Irish chieftain and lord but was only able to maintain this position for two years when the new English lord deputy declared martial law in Enniskillen which was ruled by the Irishman’s friend Maguire. Red Hugh and his men marched into the town and destroyed it.

The English garrison was defeated at Drumane Bridge where the Irish Lords agreed to let the survivors leave unharmed. After this, Red Hugh participated in skirmishes across the area destroying English occupied castles for the next few years and accepting Philip III’s aid. In 1599, he and O’Neill defeated the English at Yellow Ford and a few months later defeated an English army under Sir Conyers Clifford at Ballaghboy.

As the wars continued on for several years, O’Neill and Red Hugh enlisted the Spanish for more men and weapons. Phillip III invited Red Hugh to come to Zamora in Spain but neglected to effectively fulfill his promises of support. Red Hugh traveled to Spain but died before he reached the King. If any of the bones found in the archaeological site are missing the two toes, scientists will know for sure that they have the remains of Red Hugh. If not, his descendants are ready to take DNA tests.