Hobby Lobby is in heat over an ancient Gilgamesh dream tablet. The museum of the Bible in Washington DC opened to the public in November 2017. Its intention was to offer a place where people could view 4,000 years of religious history. Its website, Museum of the Bible, says that it aims to offer visitors an immersive and personal experience of the Bible and its continued impact on the world around us. While that’s an admirable goal, it’s also proven to be somewhat harder to achieve than the owners expected.

A recent New York Times report said that federal prosecutors moved to confiscate a clay tablet known as the Gilgamesh Dream Tablet from Hobby Lobby who owns the museum’s collection. The tablet has been deemed stolen from Iraq, and will soon be returned.

The tablet is around 3,600 years old and contains part of the oldest surviving work of literature, the Epic of Gilgamesh. The tablet is one of a number of ancient Mesopotamian tablets written in cuneiform that tell the tale of Gilgamesh. The particular tablet owned by Hobby Lobby holds a portion of the story in which Gilgamesh is telling his mother about a dream he had. 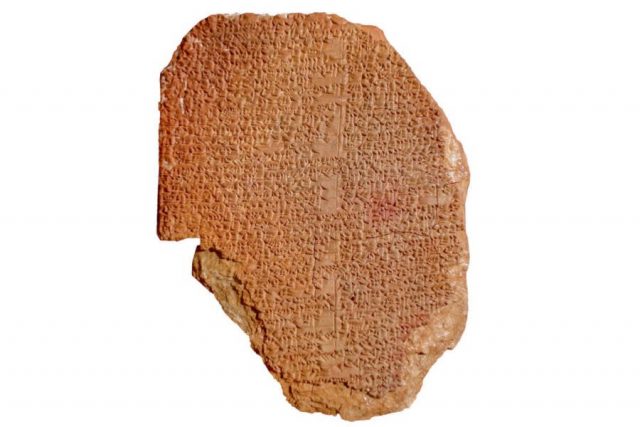 The Gilgamesh Dream Tablet in question is only one of 12 inscribed with the tale. (U.S. District Court Eastern District of NY)

The museum released a statement saying that they contacted the Iraqi embassy in 2017 to say that they had purchased the tablet and wanted to establish its provenance. The craft retailer purchased the tablet at auction in 2014 with the intention of displaying it at the museum. At the time of the sale, both Hobby Lobby and the museum attempted to make inquiries about the tablet’s provenance, but the auction house, Christie’s, allegedly held back the complete information. 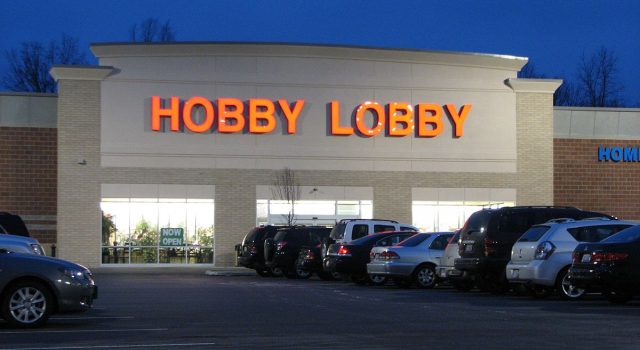 According to a civil complaint that was filed, the artifact was illegally imported from Iraq in the early 2000s. The Christian Post reported that Hobby Lobby is now suing Christie’s for the return of the nearly $1.7 million the retailer paid for the tablet, plus interest and legal fees, saying that the auction house had deliberately misled them about the legality of the sale.

Christie’s denied Hobby Lobby’s assertion that the auction house had deliberately given the retailer the impression that the tablet had been legally obtained, despite the fact that it had been illegally imported to the US in 2003. The auction house also said that the tablet’s status as a stolen artifact came to light when an unidentified art dealer confessed to having falsified documents about its provenance in order to take advantage of the legitimate market for ancient art.

The Department of Homeland Security confiscated the tablet from the museum last year, and the museum and Hobby Lobby have been fully cooperating with the investigation. Sadly, this isn’t the first time that Hobby Lobby has been tied to antiquities of questionable provenance. In 2017, the company agreed to turn over 5,500 other artifacts it had acquired which had been stolen from Iraq and pay a $3 million fine.

The artifacts included other Mesopotamian cuneiform tablets that had been shipped to Hobby Lobby from the UAE and Israel in packages that were marked as tile samples. The retailer even sent its president and a consultant who specialized in antiquities to the UAE to inspect a large number of the clay tablets prior to making the purchase. A lawyer who deals with cultural property law warned the company that it was possible that the artifacts had been looted from historical sites in Iraq and that they should be certain to determine their provenance prior to making the purchase.

That purchase also caused the filing of a civil complaint, the result of which was the forfeiture of the artifacts and the fine. Steve Green, the president of Hobby Lobby made a statement at the time saying that Hobby Lobby was new to the world of obtaining such artifacts and hadn’t fully understood the complexities of making acquisitions. He said the company made some “regrettable mistakes” and that there should have been more oversight.

Apparently that oversight didn’t extend to the Gilgamesh Dream tablet. Like the other artifacts the company surrendered, it, too, will have to be returned to its rightful owner in Iraq.