Meet the mighty Seattle Kraken! The National Hockey League are making a splash in Frasier Crane’s hometown, thanks to a mythical beast of the sea. It took over a year for fans to find out what their team was going to be called. Now the story’s out, it’s a monster in more ways than one.

A dramatic ‘S’ shaped logo has been released announcing the new name. Resembling a marine-hued superhero symbol, its component parts are explained by the designers. In a section titled “Carved From the Sea”, they tell how “Our forebears’ hands cracked in the cold, salty air as they reeled in their lines and wrought their ships” in service of the city’s water-bound history.

Meanwhile an imposing red eye can be seen in the upper curve of the ‘S’. Referring to “The Eye of the Beast”, they proclaim “Its strike will be swift and devastating.” 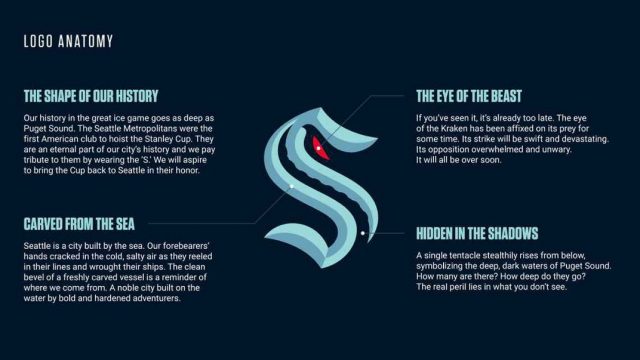 The naming process reportedly began in 2018, with a post it note of all things. Affixed to the door of NHL Seattle’s office, it read simply “Release the kraken!” This quote is famous from 1981 fantasy epic ‘Clash Of The Titans’. But how did it gain such a foot hold… or should that be tentacle hold… on the sporting circuit?

The answer may lie in another ocean-going movie, ‘Pirates of the Caribbean’. Producer Jerry Bruckheimer is one of the team’s owners and audiences couldn’t fail to spot the presence of a kraken alongside ultimate sea dog Captain Jack Sparrow. According to ESPN, Bruckheimer involved Adidas in the creative process and they played a key role in what hockey lovers are seeing today. 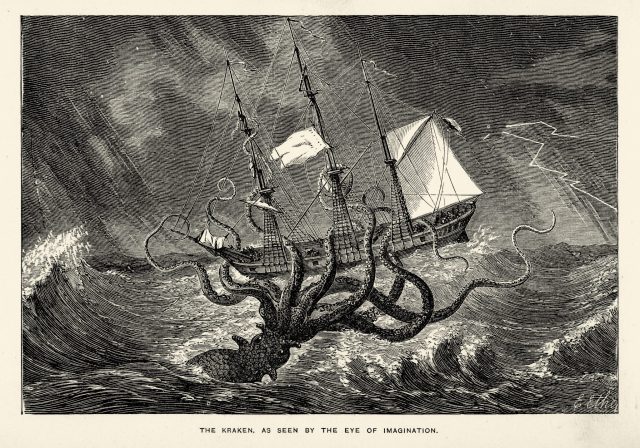 ESPN writes, “the process has been meticulous, but it also needed to be secretive (think shadow web domains, using a firm from Hawai’i to do domain registrations to throw off the scent and plenty of non-disclosure agreements).” It was an operation to rival any big screen franchise entry.

Social media was also monitored, to see what floated fans’ boats keyword-wise. After 100 possible names were whittled down to just 5, a further publicity friendly move was made when they were placed in a time capsule. This is to be unsealed in 2062, the centenary of Seattle’s Space Needle where the vessel is kept. 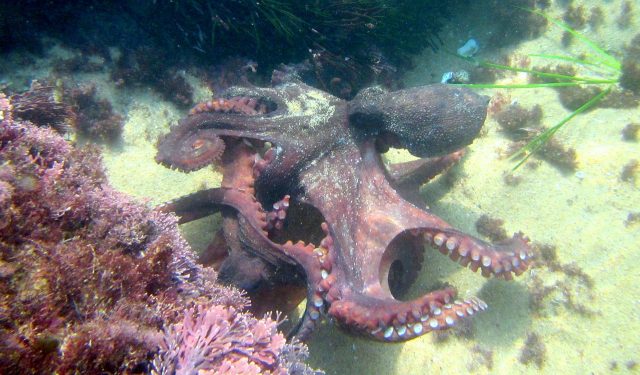 For Andy Jassy, part-owner and Amazon Web Services CEO, the choice was a no brainer. Quoted by ESPN, he mentions the “obvious connections to Seattle”. While some would be unaware of the bond between puck whackers and sea monsters, there is “longtime folklore in Seattle and the Pacific Northwest of this mystical Kraken creature that lives just below the surface of the sea, which really captivated people for many years.”

The Conversation explores the history behind the kraken, saying it “had a knack for harassing ships”. Harrassing may be a mild way of putting it. The site notes the long-limbed leviathan ”would attack vessels with its strong arms. If this strategy failed, the beast would start swimming in circles around the ship, creating a fierce maelstrom to drag the vessel down.” The NHL are no doubt hoping a maelstrom of the league winning kind will be generated.

King Sverre of Norway is thought to be the person who first brought the kraken up from the depths. Smithsonian Magazine writes that a “nearly 1,000-year-old manuscript” penned by the monarch “described various beasts of the deep but the kraken stood out for its enormity.”

Did this awesome animal actually exist? Yes and no. Japetus Steenstrup, a naturalist from Denmark, identified the kraken as a giant squid in 1857. This was based on analysis of various body parts, including “a large squid beak, about 8 cm (3 in) across, that had washed up on Denmark’s shores several years earlier.” (BBC News)

It didn’t confirm the beast as a terrifying menace of the deep, but at least proved such a creature was out there. As for the 21st century hockey team, they’ll be hitting the rinks for the 2021-22 season. Can they live up to the fearsome reputation of their man-eating namesake, or will they wind up a bunch of suckers…?