The Science and Industry museum in Manchester, England needs help ID’ing some mystery objects. A call to the public has been issued, in the hope someone out there knows the truth!

The Science Museum Group represents organizations in Manchester, York, Bradford and of course the capital. Their old London site of Blythe House, West Kensington, is being cleared out and transported to the National Collections Centre in leafy Wiltshire. Far more than a simple boxing exercise, the project has been underway since 2018 and employs over 50 people.

What is this used for? The central spindle rotates at the same time as the dials when the cogs are engaged. The circle of holes ay the top connects to the tube at the bottom. Photo by the Science and Industry Museum.

The Collections Information team is “the project’s very own Scooby Gang” according to the Group’s website, albeit one comprised of history hounds rather than a Mystery Machine. The collection features hundreds and thousands of objects, some of which lack proper identification. Even expert knowledge can run into a dead end, so amateurs, enthusiasts and everyone else are being consulted online by the gang. 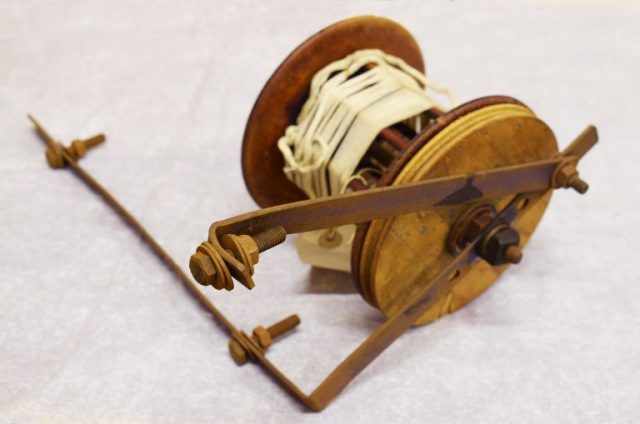 Another of the mystery objects. Some kind of spindle thingamabob. Photo by the Science and Industry Museum.

As the Science Museum’s Jessica Bradford tells The Guardian, “It is like one giant house move project but with the added excitement that these objects are part of the national collection, and that they have incredible stories to tell.” What tales might be behind things like a “a delicate gadget with pedals, arms and cogs”, or “a piece of glassware with a snail-like coil in the middle”? 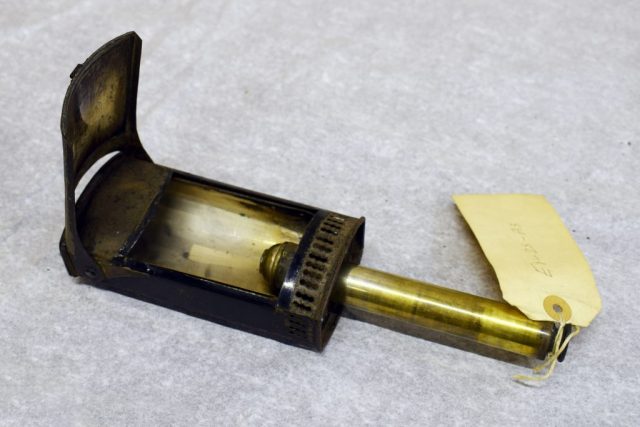 Some sort of lamp? Museum mystery objects. Photo by the Science and Industry Museum.

How do such objects slip through the cracks of cataloguers? “It’s generally a case of human error and is largely a historical problem,” wrote Abi Wilson on the Science & Industry Museum blog last year, “dating from the times when curators held much of the knowledge about their collections in their heads and documentation wasn’t considered to be so important.” She adds, “It’s also a massive headache because we can’t display an object that we know nothing about, and they’re no use to researchers.” 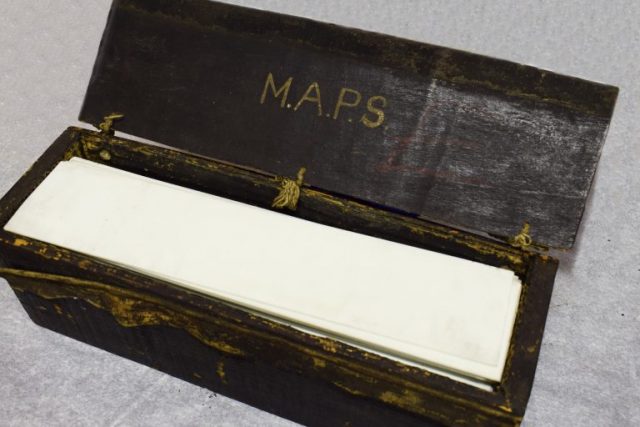 Rectangular sheets of opal glass (semi-translucent white glass) in a rectangular wooden box. “M.A.P.S.” and “OPALS.” is painted on the box. Photo by the Science and Industry Museum.

Reference is made to the Group’s Wellcome Collection, established by the eccentric Sir Henry Wellcome. It is he who brought the supposed Papal air purifier to Britain. It’s described as “a metal object in a silken box” by The Guardian and was property of Pope Leo XIII. Alongside that is another bizarre object, shaped like a scoop mounted on a handle. The benefactor’s offbeat tastes let curators’ imaginations run wild. With his collection, the results “are likely to be the kind of thing that maybe only one or two people in the world have ever seen before” comments Bradford. 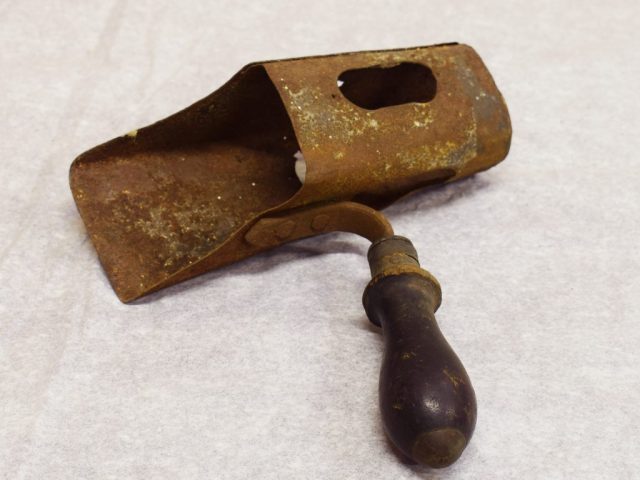 What is this tool used for? Museum mystery objects. Photo by the Science and Industry Museum.

Working together, the team have cracked the case behind some truly eye-opening artifacts. As The Guardian writes, there was the “Chinese incense clock – a device with small square, metal tray and maze-like stencils” that had put experts’ heads in a spin till “a curator who had spent time in China had a look.” The intricate item held incense in a trail “that would burn for a specific length of time”. It’s believed the incense clocks were essential schedule keepers during various rituals. 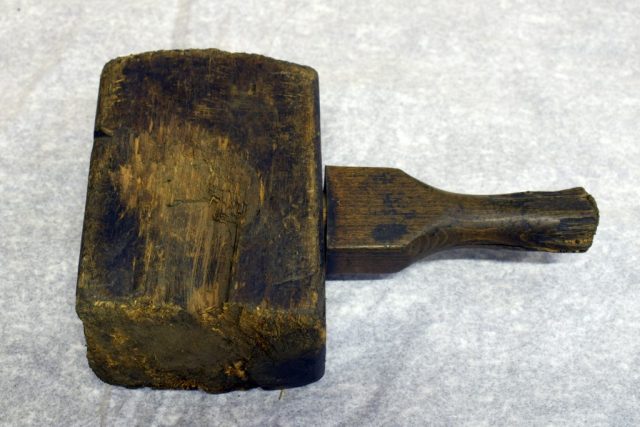 Some kind of wooden mallet. The central spindle rotates at the same time as the dials when the cogs are engaged. The circle of holes on the top of the base connects to the tube coming out the bottom. Photo by the Science and Industry Museum.

The National Collections Centre is apparently due to open its doors in 2023. Many groups have taken their collections online, offering home-bound visitors virtual tours and unprecedented access to historical finds.

Abi Wilson summed up the community spirit that comes with piecing together the past. “The brilliant thing about the museum sector” she wrote, “is that it is full of friendly helpful people and the more brains trying to solve the mystery the better.” A fascinated public should prove crucial to plugging the gaps in this esteemed national collection.