A valuable 17th century painting by Dutch master Frans Hals, thought to be worth over $17 million, has been stolen…for the third time! The third times a charm came from a museum in the Netherlands. Criminals broke into the Museum Hofje van Mevrouw van Aerden at approx 3.30 am last Wednesday, making off with ‘Two Laughing Boys with a Mug of Beer’ (1626).

Police are surprised. Surprised but not shocked – it’s the third time the work has been stolen in the past 3 decades!

Back in 1988 Hals’ painting was dramatically snatched, alongside Jacob van Ruisdael’s ‘Forest View with Flowering Elderberry’ (also 17th century). History then repeated itself, with the same pair winding up as swag in 2011, thus completing a hat trick of art world burglary. It took 3 years to retrieve the stolen paintings the first time and 6 months to get them back years later. 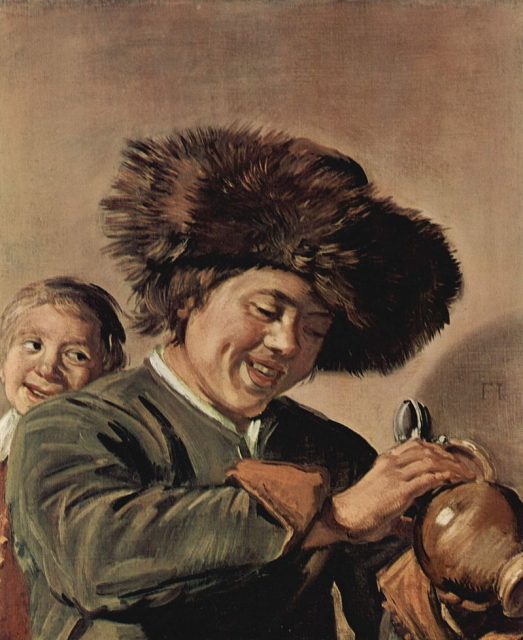 The unlucky painting that has been stolen for the third time. Frans Hals “Two Laughing Boys with a Mug of Beer”

Security had reportedly increased at the Museum Hofje van Mevrouw van Aerden following the previous theft. Visitors wanting to see the institution’s most expensive works would be accompanied by a member of staff. An alarm did sound on the night in question, but the museum wasn’t reached in time. 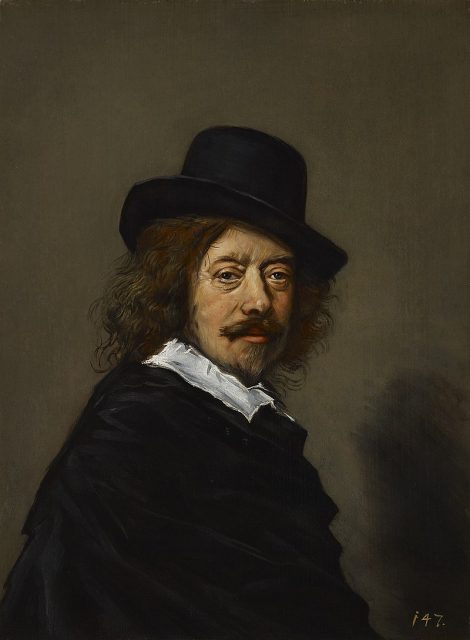 Portrait of Frans Hals, who painted the painting that has been stolen for the third time.

With the place still on lockdown, it appears the culprits saw their opportunity in the early hours and took it, quite literally. Gumshoe of the gallery scene Arthur Brand believes a harsh financial landscape has led to small museums cutting back on self defence. Robbers appear to see such raids as something of a cake walk. “If they want to have your stuff,” Brand tells BBC News, “they’ll get in.”

Over his career, Brand has rescued “a stolen Picasso painting, a 15th-century collection of Persian poetry, Oscar Wilde’s lost friendship ring and other high-profile artifacts” writes Smithsonian Magazine. Brand has been nicknamed the “Indiana Jones” of art recovery, on account of his numerous adventures. His theory regarding the Hals work is that it was “stolen ‘to order’ at the bequest of a master criminal.”

Such a figure might find themselves in the strange position of returning their loot voluntarily. Wrongdoers in hot water have been known to hand back their ill gotten artistic gains in exchange for leniency in court. Speaking to RTL Nieuws, Brand reveals, “Top criminals prey on these kinds of artworks, because they think they can use them to buy themselves free from the Dutch State.” If the painting’s new owner tried that, they’d be disappointed to say the least. BBC News states the Dutch government no longer deal in stolen paintings.

Born in the 1580s, Frans Hals is famous for creating the iconic ‘Laughing Cavalier’ (1624). The Hals website writes he is “notable for his loose painterly brushwork” and was “instrumental in the evolution of 17th century group portraiture.”

Artnet News explores the meaning of ‘Two Laughing Boys with a Mug of Beer’, writing that “some scholars” reckon it “to be part of a series in which the artist explored the five senses. This one would have represented sight, as the subject peers into his mug and his companion looks over his shoulder.”

One person who definitely got an eyeful is the burglar, whose identity is yet to be uncovered. They and the painting have gone to ground, though history has shown the evidence has a habit of resurfacing. With another classic painting – Van Gogh’s ‘The Parsonage Garden at Nuenen in Spring 1884’ – stolen in March from the Singer Laren Museum, it looks like art hounds have a lot of clues to sniff out…