10 stone tablets bearing what look like slash marks are believed to be the oldest examples of human art ever found in the British Isles and provides insights into a mysterious ancient European civilization. The strange stone tablets are anywhere between 14 and 23,000 years old and are shining a light on creativity in the ancient world.

The Magdalenians, hunter gatherers who spent time there during the late Ice Age, are apparently responsible for the oldest human art ever found in Britain. “Magdalenian settlements extended to northwest Britain, but this is the first time artworks of this era have been found in the British Isles” writes Smithsonian Magazine.

An area called Les Varines on the island of Jersey, containing a possible hearth plus ancient paving, was excavated between 2014 – 18. Experts from London’s Natural History Museum, Newcastle University and the University of York then put the evidence under the microscope and have now come up with some eye-opening answers. 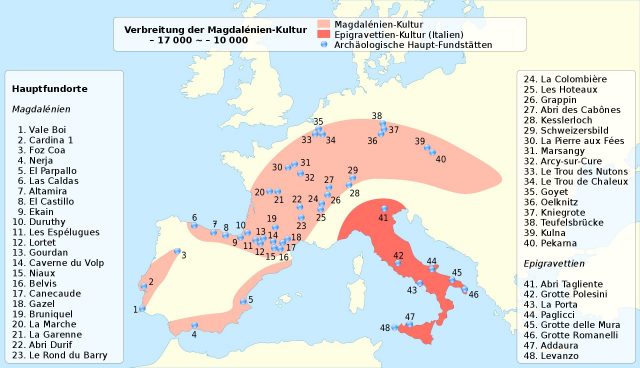 What appear to be Magdalenian slashes are actually geometric engravings. “They were artists” says the Natural History Museum’s Dr Silvia Bello, quoted by The Guardian. “I wouldn’t say the best ones, but they were creative”.

So what did these ancient people like to see on their rock hard “plaquettes”? As described by Smithsonian Magazine the fragments “feature straight lines that tend to run parallel to one another and long, arcing incisions”. It’s speculated the incisions were made by the same individual, suggesting a greater level of artistic endeavor. 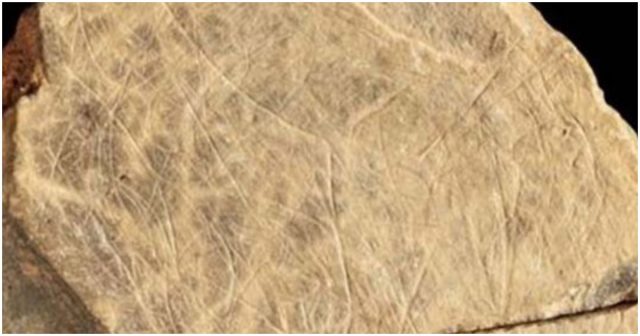 Close up of the carvings of the oldest human art. (The Natural History Museum)

Animals like horses and elephants have been a couple of the interpretations offered, and faces another. Speaking to The Guardian, Durham University archaeologist Prof. Paul Pettitt thinks they are “most likely depictions of the large herbivores such as wild cattle, deer and mammoths, which formed the prey of the Magdalenians”. As with all art, truth is in the eye of the beholder.

The archaeological team, which includes other institutions such as the University of St Andrews and UCL’s Institute of Archaeology, have published their findings in the journal PLOS One. “The Late Upper Palaeolithic Magdalenian saw a flourishing of such depictions, encompassing cave art, engraving of stone, bone and antler blanks and decoration of tools and weapons” they write. Similar engravings have been located in France, Spain and Germany. 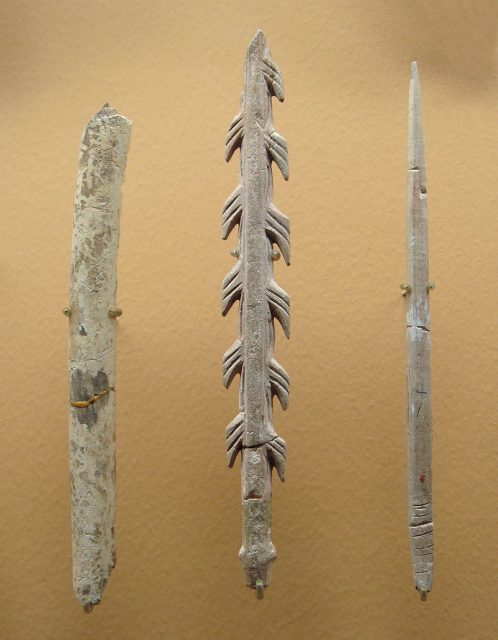 Tools used by the prehistoric Magdalenian people. Photo by World Imaging CC by 3.0

Speaking of bone as an impromptu canvas, the Guardian reports how an engraved bone of a human who was eaten up has been found in a cave at Chedder Gorge. What do experts make of that unsavory sight? “Bello said it is debatable whether the latter is art.” Dancing girls were one reading of a cave art find over at Cresswell Crags, Derbyshire.

Items such as work tools and weapons were also fashioned from bones and antlers. Back on the artistic front, color was provided to some works in the form of ochre and charcoal.

While Dr Bello refers to the finds as “potential representations” (BBC News), she’s keen to emphasize this isn’t a case of mistaken artistic identity. Yes, the team could simply be looking at something like ancient butchers slabs. But, as she comments in a Natural History Museum statement, “the curved, concentric designs, appear to have been made through layered or repeated incisions, suggesting that it is unlikely that they resulted from the stones being used for a functional purpose.”

Quoted by the BBC, Newcastle University’s Dr. Chantal Conneller theorizes that “creating engraved objects at new settlements may have been a way of creating symbolic relationships with new places.” The less than distinct nature of the engravings on the stone tablets also appears to indicate a temporary use, with the activity more important than the end result. It doesn’t appear to have been done for a permanent display.

A lot of people may not know much about art, but as the old saying goes they know what they like. Will the Magdalenian tablets be making a splash in artistic circles? Unlikely, but they’ve certainly captured the imaginations of history hunters around the world.