A Neolithic battle-axe mystery culture has been unlocked in a new study. The BAC, or “Battle Axe Culture” is a formidable-sounding group who lived in Scandinavia thousands of years ago.

While significant archaeological evidence of their presence exists, how exactly they came to be there has been a long-standing puzzle. Published on the website of the Royal Society, the study – snappily titled ‘The genomic ancestry of the Scandinavian Battle Axe Culture people and their relation to the broader Corded Ware horizon’ –
takes into account various factors, such as archaeology and genetic data, to answer the question.

The “Coded Ware” refers to the continental European Coded Ware Culture, with whom the Battle Axers share similarities.

A major Neolithic find connected to this battle-axe culture was the Bergsgraven discovery of 1953. Uncovered during the building of a roundabout in the Swedish city of Linköping, it featured a man, woman, child and family dog buried alongside other items such as battle axes. They are believed to be 4,500 years old. The BAC culture itself goes back approximately 5,000 years. 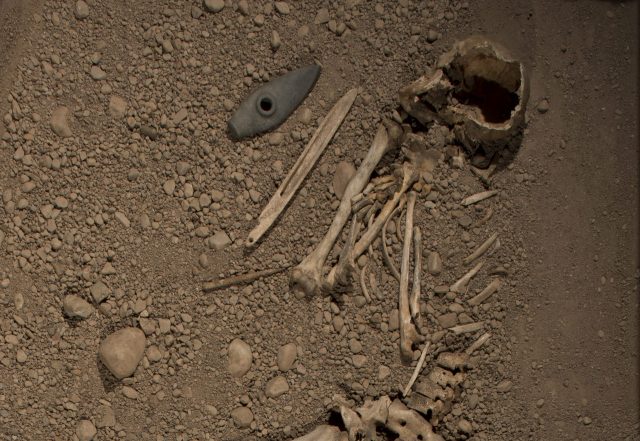 Part of the burial at Bergsgraven. An ax head is visible at top center. COURTESY JONAS KARLSSON // ÖSTERGÖTLANDS MUSEUM

It made a big contribution to understanding the make up of the population. But in order to get to grips on how they grouped together, the team from Uppsala University looked to DNA for their solution. They sequenced the genomes of 11 historic individuals. A genome is the complete collection of genes and genetic material inside a cell or organism.

Subjects studied included people from Estonia and Poland as well as Sweden. The study mentions that, “Three of the individuals were from CWC (Coded Ware Culture) contexts and two from the central-Swedish BAC burial ‘Bergsgraven’.” 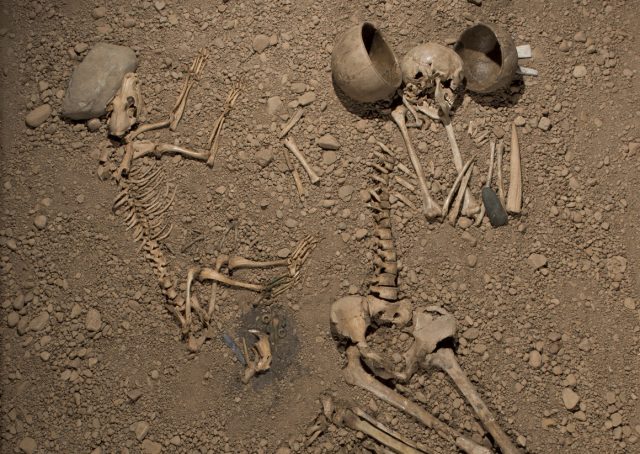 So by analyzing this broad spectrum of humanity, what did the team come up with? Various sources have reported the findings, but Heritage Daily writes they displayed “a common genetic ancestry, which had not been present in Scandinavia or central Europe before 5,000 years ago.” 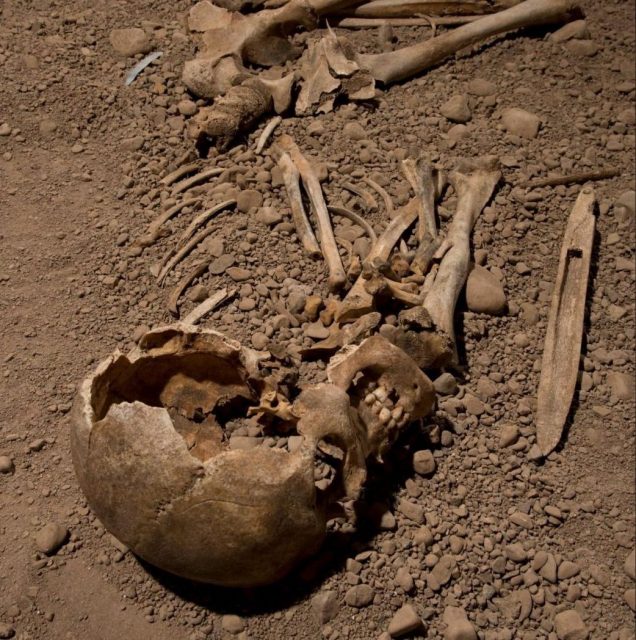 The skeleton of a male associated with the Neolithic Battle Axe culture on exhibition in Linköping, Sweden. (Jonas Karlsson, Östergötlands museum)

This means the BACs and CWCs are distinctive and banded together via “movements of people”, according to Torsten Günther, a population geneticist and one of the report’s lead authors. “These groups have a history which we ultimately can trace back to the Pontic Steppe north of the Black Sea,” he commented. 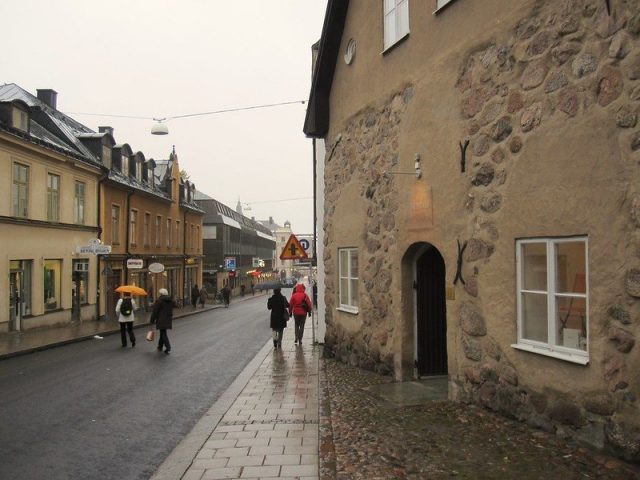 The Swedish town of Linköping, near where the grave was found, is adding to the understanding of human migration and Neolithic “battle-axe” culture. JOHN BLYBERG // CC BY-SA 2.0

How can they be so sure this was the case? The study states that the subjects relating to BACs have “ancestry from the Pontic–Caspian steppe herders, as well as smaller components originating from hunter–gatherers and Early Neolithic farmers. Thus, the steppe ancestry seen in these Scandinavian BAC individuals can be explained only by migration into Scandinavia.”

Other prehistoric humans were analyzed, providing essential context. Referring to the differences between BAC herders and Scandinavian hunter gatherers and farmers, Uppsala’s Mattias Jakobsson said, “At least three genetically and culturally different groups lived side-by-side for centuries and did not mix a lot.”

That’s not to say they didn’t mix at all, but experts will have to investigate that question further before drawing any conclusions.

Evidence has also been found of the “integration and reconnection of previous elements”, in the words of Jan Storå, one of the study’s authors. He draws attention to the re-use of megalithic tombs as an example. A rather morbid case of “if it ain’t broke don’t fix it” perhaps.

This branch of ancient history isn’t normally consigned to books and articles. The Bergsgraven find is usually available to view at Linköping’s Östergötlands Museum, but at the moment the building is closed for renovation. When it opens its doors again, the exhibition will have been added to, incorporating some of the new research.

Swedes and anyone else wanting to come face to face with their ancestors are no doubt counting down the days till the grand unveiling.