The First Man to Walk in Space Passes Away at 85

On October 11, 2019, the Russian space agency, Roscosmos, announced the end of the 85-year-old man. Although they didn’t give a cause, it’s been known that he’s been in poor health for the last several years, according to a report in the Guardian.

He was a landmark figure in the 1960s and ‘70s, having ensured his place in the history of space when he ventured out of his Voskhod 2 space capsule with only a tether to keep him from drifting away into the vastness on March 16, 1965. 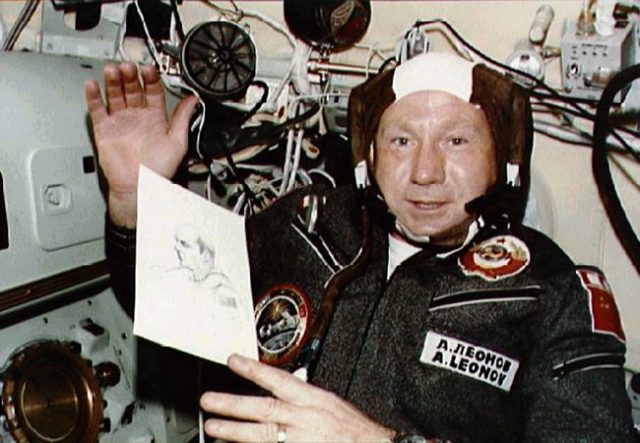 “I stepped into that void and didn’t fall in,” he said later about the experience. He added that he could still remember being surrounded by the stars and only being able to hear his own heartbeat and breaths. Making a spacewalk is a risky proposition for astronauts today, even though scientists and astronauts have had decades of experience and technological improvement to help them reduce the dangers inherent in the act. How much more hazardous and stressful would Leonov’s walk have been, based as it was only on theory.

His pioneering act was made even more hazardous by the unexpected inflation of his suit. According to the BBC, Leonov noticed what was going on pretty quickly. He said that his hands came free of his gloves, and his feet left his boots, and his suit was getting loose around his body. 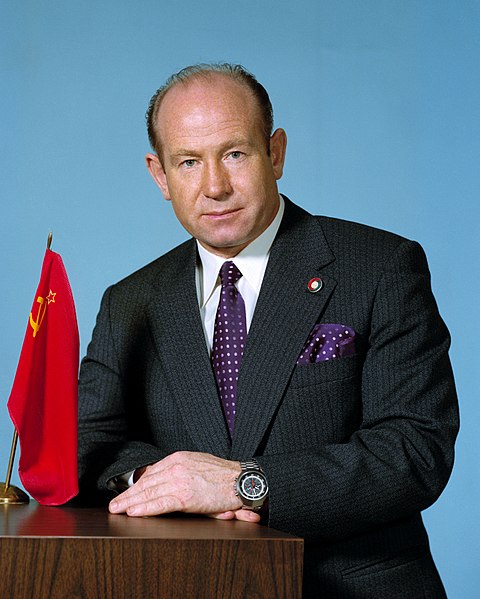 He was able to make it back into his spacecraft, but only after releasing about half of the air in his spacesuit and giving himself decompression sickness in the process.

Even aside from the issues with Leonov’s spacewalk, the mission he and the other cosmonaut with him were engaged in was having other problems. They were forced to return to Earth under manual, rather than automatic, control, which was another first. The ship returned to Earth safely, but landed far from their planned landing site. Instead they found themselves in the Ural Mountains. As a result, the two spacemen had to wait for rescue in the bitter cold. 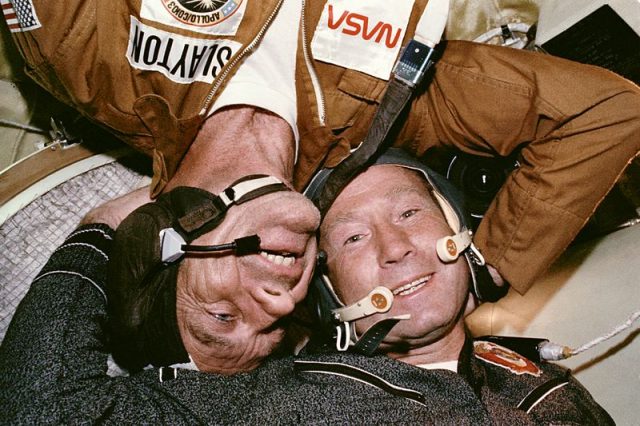 If that weren’t adventure enough, Leonov was also nearly the first man to land on the moon.

While NASA was preparing for the Apollo program under much excited public scrutiny, the USSR was making its own preparations for a moon landing. The Soviet plan would have involved a lander which could only hold one man. To get to the lander, Leonov would have had to spacewalk to it from the descent module. 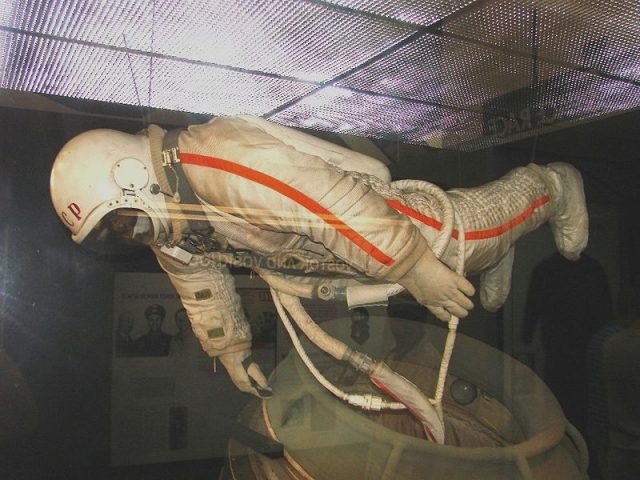 The space suit worn by Alexei Leonov on the first human space walk. Photo by Nijuuf CC by 3.0

The Soviets plan to put a man on the moon came to an untimely end in 1966, when the man who was driving their space program, Sergei Korolev, died during an operation. Without his work and guidance, their space program lost its drive. In addition to Korolev’s loss, there were additional problems.

Specifically, they couldn’t get the rocket they were going to use to work properly. The design for the N1 rocket involved many small engines being arranged in two rings as the means of propulsion. The problem lay in the fact that because the engines were all so close together, if one was destroyed, it could take all the others with it. The Soviets tried to launch the N1 four times, and all four launches ended in catastrophe.

While the Soviets were still trying to iron out the design issues with the N1, the US successfully launched the Apollo mission that put Buzz Aldrin and Neil Armstrong on the moon. After the Apollo landing, the Soviet mission was quickly abandoned.

Afterwards, Leonov was still involved in space exploration for years, including leading the Soviet half of the Apollo-Soyuz test project, a joint Soviet-American venture which would ultimately pave the way for the development of the International Space Station.

He was such a legendary figure in early space exploration that Arthur C. Clarke used his name on a Soviet spaceship in his sequel to 2001: A Space Odyssey. Furthermore, on hearing the news of his death, NASA interrupted coverage of a televised spacewalk to announce the news, saying that day’s spacewalk seemed a fitting tribute to the man.

This time, when this remarkable man stepped into the void, he did fall in. But he will always be remembered as a pioneer in the great unknown of space.