‘Sextette’: Mae West’s Last Movie Saw Her Play the Vamp in Her 80s!

Classic Hollywood siren Mae West attempted one last big screen blowout with 1978’s ‘Sextette’. The results were much talked about… for the wrong reasons. The fondly-remembered star wanted to vamp it up at the ambitious age of 84!

The story, a musical, focused on glamorous sex symbol Marlo Manners and her octogenarian efforts at consummating a marriage with husband no.6 Sir Michael Barrington (Timothy Dalton, in his early 30s). The setting is a hotel at which a world peace conference just so happens to be taking place.

Not only are the happy couple frequently interrupted, but Manners is called upon to serve her country in an unexpected way… by bedding former partner Alexei Andreyev Karansky (Tony Curtis). Only by sleeping with him can the planet be saved! 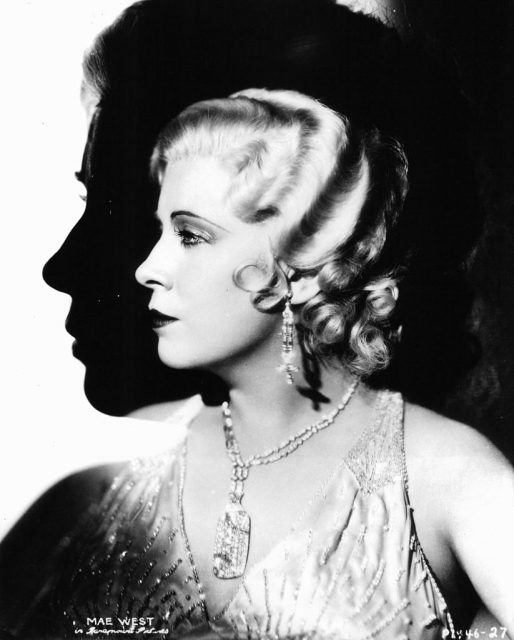 Mae West in profile in publicity portrait for the film ‘I’m No Angel’, 1933. (Photo by Paramount/Getty Images)

As well as Dalton – whose character is revealed to be a British spy, long before he became 007 – and Curtis, the movie featured an eclectic cast. George Hamilton, Walter Pidgeon and George Raft rubbed shoulders with Ringo Starr, Alice Cooper and legendary hellraiser Keith Moon. Other players included Dom DeLuise and Regis Philbin.

West started off on stage and continued writing and performing after her film career faded. ‘Sextette’ was adapted by Herbert Baker from her 1961 play of the same name. When she trod the boards in that production it had been 18 years since her last picture, ‘The Heat’s On’.

She made a rare return to movies for 1970 political satire ‘Myra Breckinridge’. There she was top-billed, though Raquel Welch adorned posters as the sexy star. Not that it helped the production much – audiences and critics weren’t impressed. ‘Sextette’ was West’s last, ill-advised roll of the dice.

Director Ken Hughes (‘Chitty Chitty Bang Bang’) performed rewrites on the screenplay. West – whose hearing wasn’t what it was – needed an earpiece in order to accommodate his instructions, plus any last minute changes.

Hughes would speak lines to West, saving her the trouble of memorizing them. Tony Curtis made mischief in later years. He claimed the earpiece sometimes resulted in West repeating a police radio feed rather than her dialogue. 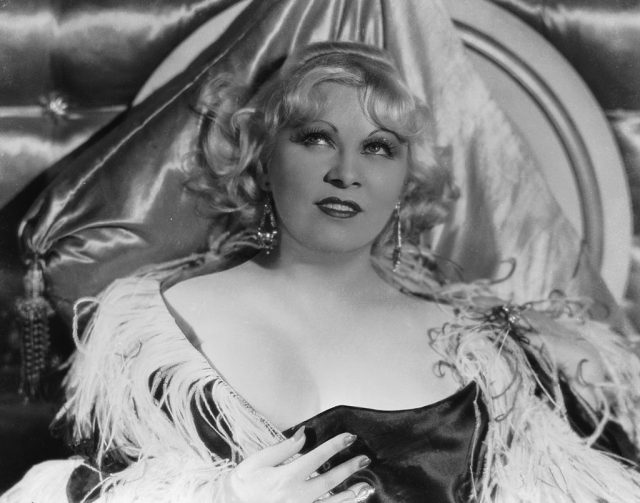 Dalton seems to have enjoyed her company. His opinion of the movie is low, but he had respect for this unlikely leading leady. He told AV Club in 2014: “her life had spanned the greatest technological upheaval in the history of human beings ever… she was fascinating in that sense to talk with”.

Ringo Starr contributes to new PBS documentary ‘Mae West: Dirty Blonde’, reported on by Vanity Fair. Recalling an invitation to dinner during the making of ‘Sextette’ he says: “she gets there an hour earlier than you to do the lights… we heard later she does that wherever she goes.” Even away from the camera she wanted to be the perfect movie star.

Charlotte Chandler interviewed West in 1979. “I ached for it, the spotlight,” the veteran revealed, “which was like the strongest man’s arms around me, like an ermine coat.” 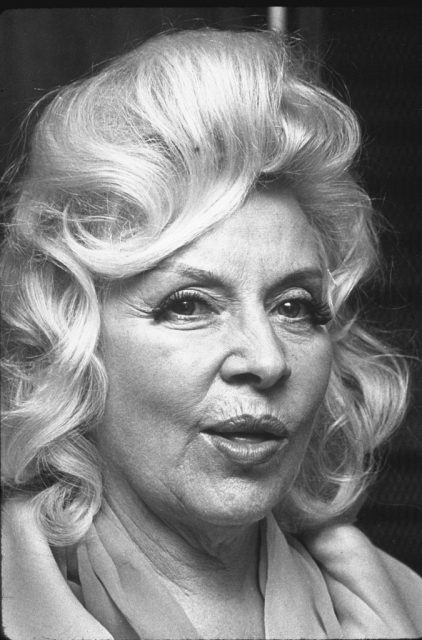 Her salacious antics practically wrote the book on media censorship. Now she was out on her own. With a budget of up to $8 million, the film had a lot riding on it. It made a mere $50,000 at the box office.

West gives a speech after the Cinerama Dome opening, with Paul Novak, Alice Cooper, Harry E. Weiss and (kneeling in front of her) Dom DeLuise

Critics didn’t hold back, with savage assessments appearing in the press. Variety described ‘Sextette’ as “an embarrassing attempt at camp from the lady who helped invent the word.” The New York Times called it “a poetic, terrifying reminder of how a virtually disembodied ego can survive total physical decay and loss of common sense.”

Mae West passed away in 1980, following a stroke. People were quick to laugh at her final foray on the big screen, but ultimately movies like ‘Go West, Young Man’ (1936) and ‘My Little Chickadee’ with W.C. Fields (1940) are what she’ll be remembered for.

She made one last request for audiences to come up and see her some time. They didn’t accept, but the offer is appreciated today by cult film fans…

« ‘Oh my God, something’s in there!’ Pyramid discovery exposed by archaeologist
6 of the Most Baffling Unsolved Mysteries… »