It seems that during this past summer and early autumn, countries right around the globe have had to cope with disastrous storms and unpredictable weather patterns, some of which have wreaked constant destruction and left people homeless, without power or water, and some even missing or dead.

In the U.S., hurricanes have ravaged the country right across the southern states, while a swath of forest fires in the northwest region and along the west coast of California have wiped out entire towns, some of which will never be rebuilt and inhabited again. 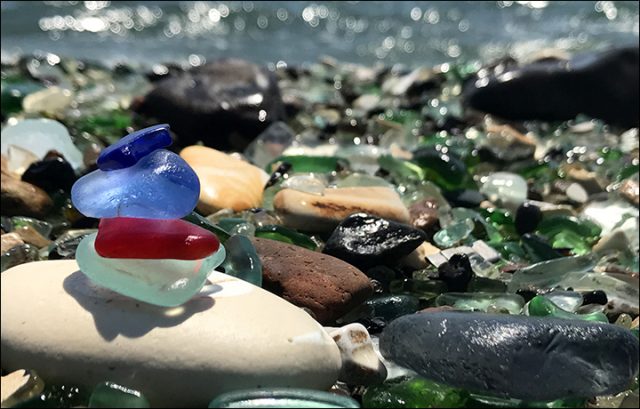 Many news reports insist that these natural disasters, on the heels of the coronavirus, have put Americans through more misery than they’ve known in a generation.

But they are not alone. The entire world has struggled to come to grips with the virus, and other countries have also been savaged by brutal storms and other destructive weather patterns.

In far eastern Russia, for example, a once-prized tourist destination now lies covered in trash and debris because a typhoon recently ripped across the region and laid waste a much loved beach, at Ussuri Bay.

The beach, a sandy spot covered in polished, multi coloured pieces of glass, was a place that drew locals and tourists alike. 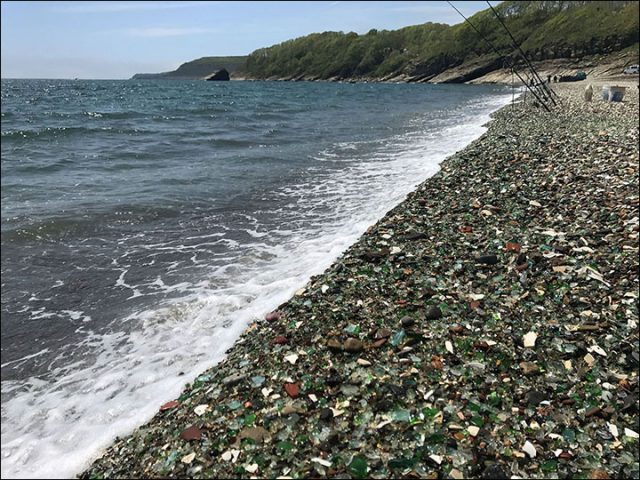 Before the typhoon – named Maysak – the area was home to these faux gemstones that attracted visitors from all over Russia, because the glass bits were wholly unique and beautiful.

Ironically, they were not some miracle of nature placed there over many centuries, but rather vestiges of bottle fragments tossed into the sea, or left scattered on the beach, during the Soviet era.

People apparently felt no remorse and guilt about throwing empty vodka bottles, or old jars and ceramic pots that once held jam or sauce, onto the sand and into the water. 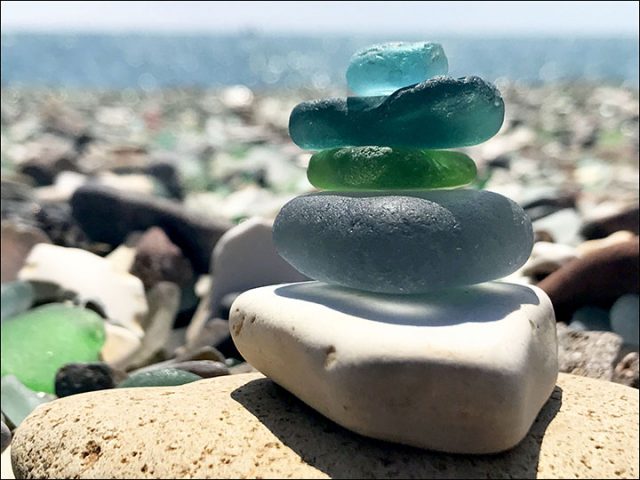 Over the course of many decades, Mother Nature took this detritus and with the force of endless waves against rough glass, polished the bits until they were smooth and gleaming.

Then, as the tides ebbed and flowed, bits of them were carried back onto the beach from the surf, and gradually the beach became a gorgeous array of glass fragments in lots of different colours – blue, green, red, white and even yellow.

Before the typhoon, photos of Ussuri Bay look as though someone painstakingly laid down layer upon layer of glass pieces, and they rested there, drawing an enormous number of people who marvelled at what nature did with what was formerly trash. 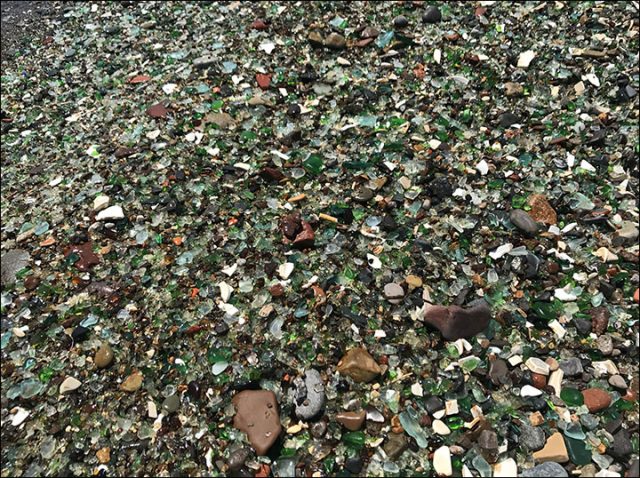 Now the glass stones are gone, or at least buried, and new trash covers the sand.

Everything from plastic bags to old tires litter the whole surface. Just as bad as the destruction, however, is that 140,000 people who live in the nearby town of Vladivostok were left without power for days, and three people lost their lives.

The Siberian Times reported that winds in the region were the strongest on record since 1969. Roofs were shaved from dozens of buildings in Vladivostok, campsites were utterly ruined, and several bridges had to be closed because travelling across them became completely untenable.

When the typhoon began to pass around the beginning of September, it headed from Russia toward China. Many Russians took to social media to express great sorrow at the beach’s condition. One person said they only visited the area because of the uniqueness of Ussuri Bay, and was heartsick it was ruined by the storm.

Still, part of the beach still has the glass pebbles over it, and residents who raced to see how bad the damage was said they are hopeful that nature will once again distribute them over the whole area, through the natural flows of the tide.

But if last time is any indication, that could take decades, and it may be that, for now at least, the glorious beach filled with multi-coloured glass is little more than a distant memory.

« Dad Shocked to Find Harry Potter 1st Edition Worth Thousands on His Book Shelf
Beer in a Dead Squirrel? The Disgusting Food Museum Has it All »