Ekranoplan: The Only Lun Ever Built, Lies Stranded in the Caspian Sea

Ekranoplan: It seems a distant memory now, but once upon a time the West and the Soviet Union were Allies in World War II, only to become fierce enemies shortly thereafter in what is known as the Cold War.

Beginning in 1947, this period of military antagonism persisted until the early 1990s, not long after the Berlin Wall fell and the Soviet Union came apart, becoming again what today we simply call Russia.

But during those anxious years, the Soviet Union was determined to beat its western competitors in any way it could – including inventions of military equipment that outshone American ones.

A case in point is the Ekranoplan, a kind of half boat, half plane curiosity that the Soviets built several of, although only one was meant for conflict. 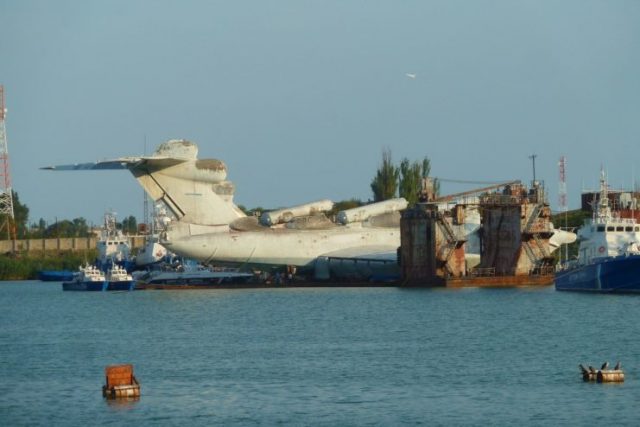 And in a rather apt ending for this odd invention, it now sits stranded on a beach in the Caspian Sea, apparently abandoned by those who once thought it a brilliant combination of aviation and marine technology.

Urban explorer, Lana Sator, jumped on a plane and flew to Dagestan to try and photograph the Lun’s interior. Dodging a security guard, Lana managed to get inside and snap photos of the interior.

The model, called a LUN, was on its way from a naval base to a museum in Dagestan when it somehow pulled away from its tether to the lead boat. 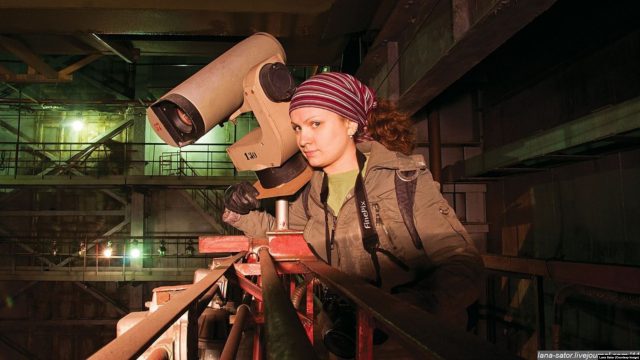 For a while it simply drifted in the sea, but is now resting close to a sandy shore, so close to land that people are wading knee deep into the sea and having a peek at this relic of another age.

When it was built, the LUN was meant to fly above water, a little more than 30 feet above the surface. This meant that it could “sneak up” on enemy warships by flying under their radar, and launch a surprise attack if need be.

Only one Ekranoplan was ever constructed for this purpose, and no enemy ships were ever destroyed by it, meaning that the Soviets soon realized it was a huge investment of money for not a lot of return. 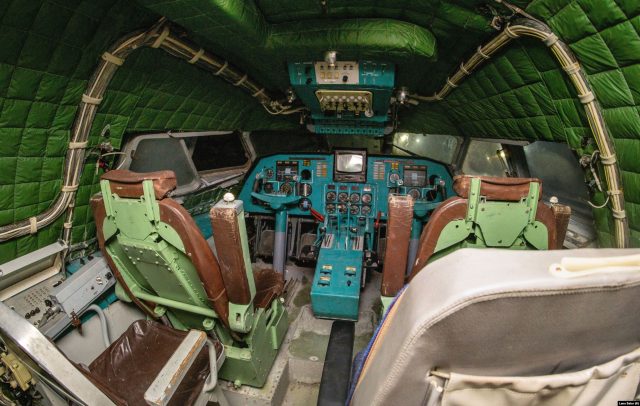 Still, it is a military curiosity, and most experts and military historians say it would be too bad to see the boat-plane hybrid left to rot in the elements.

Getting it to the intended museum is something everyone hopes will soon happen, particularly before winter temperatures make the chance of successfully towing it elsewhere even more problematic.

It is already being harmed by the salt water and other factors, according to Russian social media posts. But so far no word has been given on the fate of the LUN – will it be allowed to sit and simply fall apart, or will the Russian navy intervene and get it to the museum for which it was intended when it left the naval base on July 31? 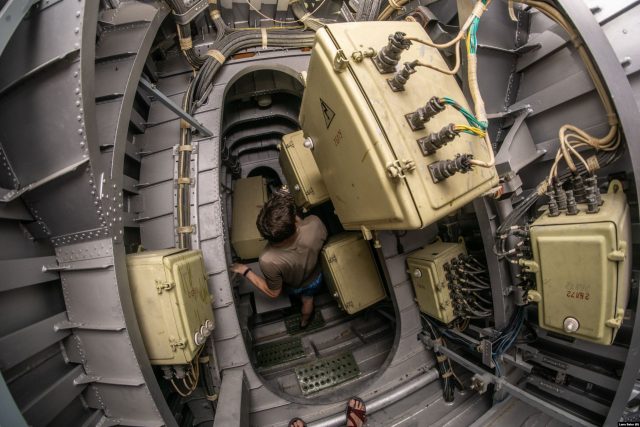 One media pundit likened photos of the Ekranoplan to a “beached whale,” and expressed concern that the resources would not be spent to retrieve and rescue the unique piece of equipment.

There were a few other Ekranoplans built for the Soviet military, but they were for purposes other than battle, such as transporting equipment. This is the only one intended to get close to enemy ships undetected by their radar. 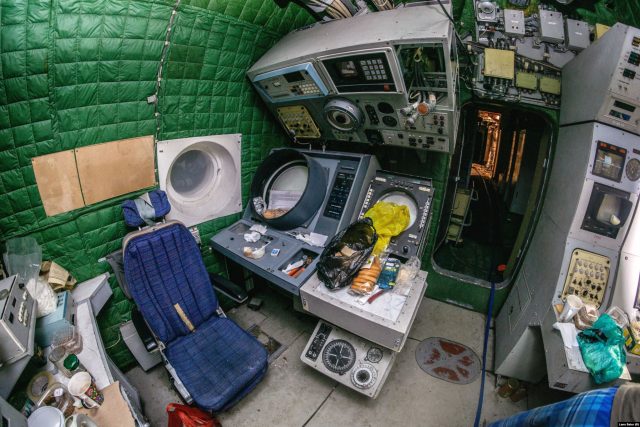 It is telling that the Ekranoplan has been left more or less unguarded; stories have come out on social media of people sneaking aboard to peek inside, so clearly security around the LUN is lax.

The West and Russia still have many difficulties, of course, in political approaches and world views. But the Cold War is long over, and neither side is about to begin an armed conflict from which there could perhaps be no retreat without substantial consequences to both America and Russia.

And so this once-innovative piece of military hardware sits idly at the seashore, an apt symbol of the end of the Cold War that one imperilled both the U.S. and the former Soviet Union.

« The Concept Aerotrain That Never Was – Now Abandoned
Now we Know Why an Entire Village Lost its Broadband, the Same Time Each day for 18 Months. »