SS Cotopaxi Vanished in the Bermuda Triangle, Has Been Found 95 Years Later

The Bermuda Triangle is one of the best places to dive for shipwrecks and Michael Barnette, a biologist with the National Oceanic and Atmospheric Administration, has been diving one particular wreck for fifteen years.

He is now finally able to prove that it is the long lost SS Cotopaxi that disappeared in 1926.

According to edition.cnn.com, the wreck is sitting on the ocean floor about thirty five miles from St. Augustine, Florida, and has been visited by a number of divers who, not knowing the history of the ship, nicknamed it the Bear Wreck.

Barnette had a gut feeling that this ship was the Cotopaxi but was unable to prove it because there was no bell or identifying marks anywhere to confirm the ship’s origin. 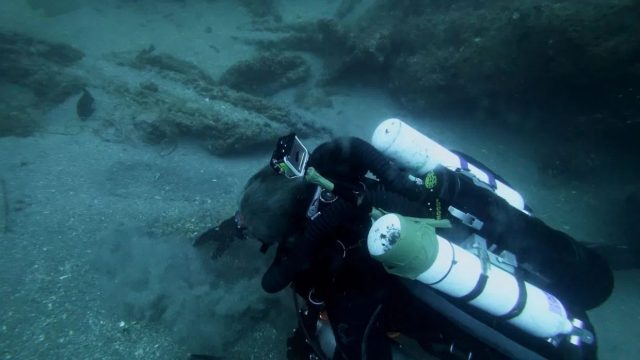 Credit: Science channel. She never reached her destination, and the bodies of the 32 people on board were never recovered.

He researched extensively to find shipping records, court records of lawsuits brought forth by relatives of the dead, insurance records and any other information he could find.

He was also able to obtain the blueprints of the Cotopaxi which were extremely valuable in helping identify the wreck.

Chuck Meide, the director of the Lighthouse Maritime Archaeological Maritime Program and Barnette dove the wreck and measured everything they could only to discover that the measurements matched the blueprints and the boiler placement was exactly right.

The SS Cotopaxi was an Emergency Fleet Corporation bulk carrier for the United States Shipping Board under the World War I emergency shipbuilding program.

Built in Ecourse, Michigan by Great Lakes Engineering Company, it was launched November 15, 1918, and was named after the Cotopaxi volcano in Ecuador.

It was traveling from Charleston, South Carolina carrying a cargo of coal and thirty two crew members to Havana, Cuba but never reached its destination.

It didn’t take long for the media to jump on the story blaming the “mysterious curse” of the Bermuda Triangle and Steven Speilberg didn’t help by showing the Cotopaxi stranded on the Gobi Desert by aliens in his movie, Close Encounters of a Third Kind in 1977.

In 2015 someone started a false story that the Cotopaxi was a ghost ship captured by the Cuban Coast Guard. Barnette was so disgusted that he posted a video online telling people that the real Cotopaxi was at the bottom of the ocean near Florida.

He was contacted by reporters from the Science Channel and they joined forces to make a documentary telling the truth about the ship. 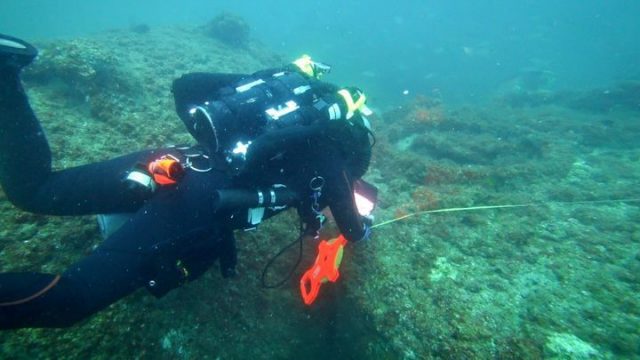 The mysteries of the seas. Credit: Science channel.

Shipwreck Secrets which can be seen on ScienceGo, tells us that the United States began selling off ships after the first World War.

The Cotopaxi was bought by coal producers, Clinchfield, and was operated by Clinchfield Navigation Company, a division of Clinchfield Coal.

Some years earlier it had grounded itself on a sandbar in South America due to engine problems. It was recovered, repaired and brought back to service.

After the ship was lost, the big bosses at Clinchfield blamed the weather but a sailor who was sent to check on the hatch covers before sailing reported that they were in bad shape and the tarps usually found under the hatch covers were missing.

The Cotopaxi sailed anyway. The sailor’s testimony gave the relatives of the missing men a reason to sue Clinchfield but none of the lawsuits succeeded, giving justice to no one.

The truth is that the Cotopaxi was sunk due to a storm and without the hatch covers working, it was overwhelmed by the waves.

The ship was just outside the Bermuda Triangle but it was much more interesting news wise to put it within the Triangle. Another diver had been diving the Cotopaxi wreck for several years and not knowing the history or even the name of the ship he collected a few things off the ship as souvenirs.

One of the pieces he collected was a brass valve with the letters SV stamped on it.

The Scott Valve Manufacturing Co. is located just a few miles from the shipyard where the Cotopaxi was built giving even more credence to the proof this was the Cotopaxi. At the end of the documentary the diver gifted the valve to Barnette.