Actor and director Sir Anthony Quayle played arguably his most famous role during wartime. He wasn’t on the big screen or treading the boards – he was working for the Special Operations Executive (SOE), stationed in Albania.

The Special Operations Forces Report website (SOFREP) explains how Churchill himself “established SOE which was known as the ‘Ministry of Ungentlemanly Warfare.’” That alternate title may sound like an Ealing comedy. But its missions were deadly serious.

The organization’s modus operandi “was to conduct espionage, sabotage, and reconnaissance in occupied Europe against the Axis powers, and to aid local resistance movements.” 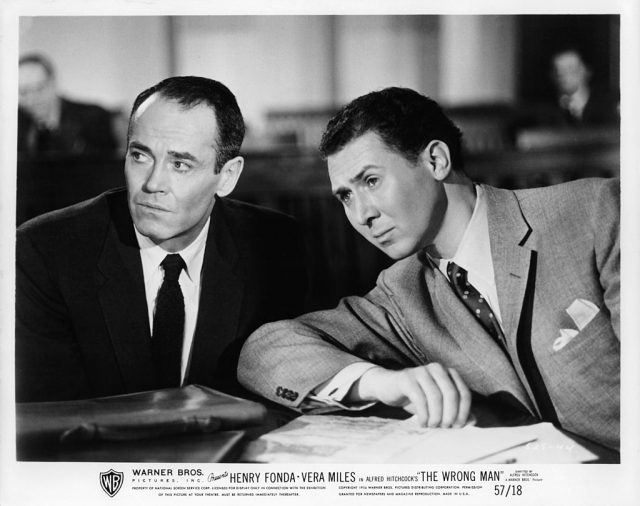 Henry Fonda and Anthony Quayle looking in the same direction in a scene from the film ‘The Wrong Man’, 1956. (Photo by Warner Brothers/Getty Images)

And so, on New Year’s Eve 1943, Quayle landed in Albania to do his duty. He’d been in the military for some years by that stage, leaving behind his theatrical career which began in 1935.

In a 1989 obituary, the New York Times mentions he was “one of the first actors to enlist in the British Army during World War II, serving in the Royal Artillery from 1939 to 1945 and rising to the rank of major.”

Whether his acting skills came in useful isn’t clear. He might well have needed them over in Albania. The star was now operating in a tense and politically charged atmosphere, where diplomacy and danger appear to have gone hand in hand.

SOF News highlights the interaction between Quayle’s Special Operations Exec, in which he served as a major and the OSS (Office of Strategic Services). “

As was the case in many East European countries during World War II the better organized and more successful resistance movements tended to be of a communist flavor” it writes. “Albania was no exception – and the SOE and OSS in Albania were reluctantly placed in a position to work with these communist partisans.”

This naturally led to some friction between the two groups, in terms of allegiances and who was right to pal up with who. Quayle spent a little over 3 months in Albania. 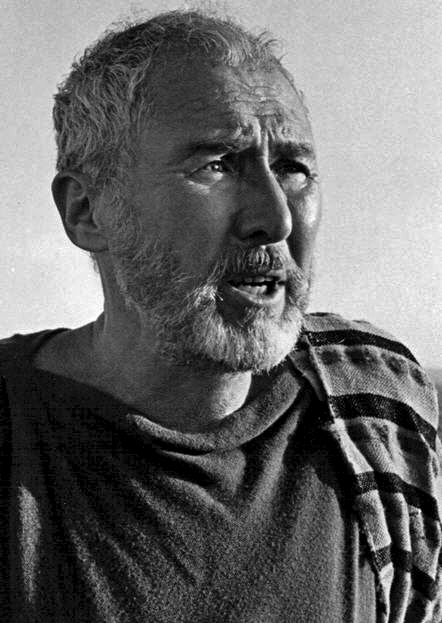 Quayle was normally cast as the “stiff-upper-lip” type and the good-natured English gentleman.

He then reportedly went down with both malaria and jaundice. Needless to say, it wasn’t a happy time. As SOFREP quotes: “He described his joy at leaving as ‘so great that it was almost pain. I jolted along in the back of the truck sobbing with happiness.’”

What was going on in Quayle’s mind during that dramatic period? He chose to present his experiences in fictional form.

Self-penned 1945 novel ‘Eight Hours From England’ features hero Maj John Overton, who is posted to Albania. SOFREP writes, “It shows the dilemmas faced by Special Operations operatives in their having to deal with occupied populations” whilst giving readers an insight into “the challenges they faced in trying to accomplish their mission while maintaining the sympathies of the local population.” 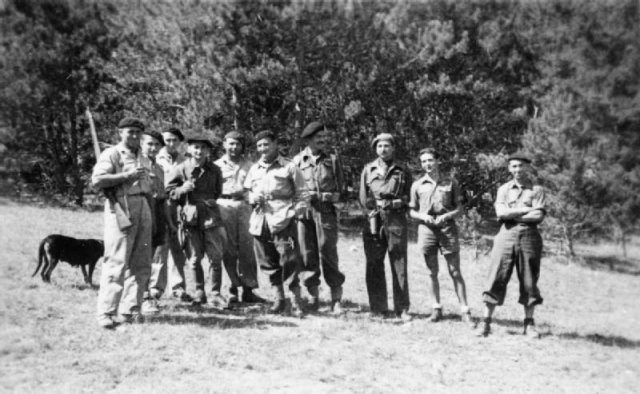 Quayle’s role as Maj Roy Franklin of Special Forces in ‘The Guns of Navarone’ (1961) must have reminded him of his time with the SOE.

Post-war, Quayle cropped up in some of the most famous movies of all time. He played Col Brighton in ‘Lawrence of Arabia’ (1962).

Two years on, he portrayed Verulus in ‘The Fall of the Roman Empire’. Quayle also managed to wind up in 2 separate Sherlock Holmes movies featuring Jack The Ripper – ‘A Study in Terror’ (1965) and ‘Murder by Decree’ (1979).

One of his best-remembered roles was as Thomas Wolsey in 1969’s ‘Anne of the Thousand Days’, opposite Richard Burton as Henry VIII and Geneviève Bujold in the title role.

The Second World War never left him, with ‘Before Winter Comes’ (also 1969) and ‘The Eagle Has Landed’ (1976) among notable entries on his CV.

Another Article From Us: 1961 Footage of the Most Powerful Bomb Ever Detonated has Just Been Declassified

Sir Anthony Quayle passed away from liver cancer aged 76. His legacy is felt both in the UK and indeed Albania…

« SS Cotopaxi Vanished in the Bermuda Triangle, Has Been Found 95 Years Later
No Photos! 5 Surprising Places Where Pictures are Off Limits »