Roman Ghost City: The Incredible Outpost Buried in the Sands for 1000 Years

Roman Ghost City: We tend to think of caring for those who serve their country as something of a modern invention, an evolution in social programs that dates back only, perhaps, three or four centuries.

Veterans’ hospitals and veterans’ retirement communities are, many believe, something our modern democracies can take credit for inventing, that our belief evolved that, if one serves his country, that country owes him care in his senior years.

In truth, however, that principle dates back many, many centuries. 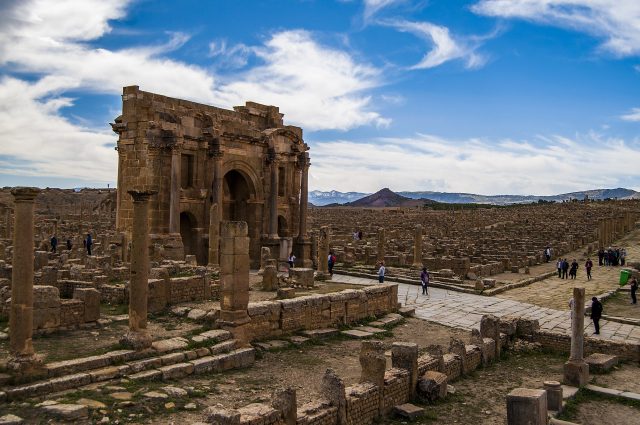 In about 100 A.D., the Emperor Marcus Trajan decided to found a city for soldiers, those who had fought for the 3rd Augustan Legion and were ready to retire to a life more relaxed than those of military campaigns and battles.

Historians say that Trajan – a soldier himself – furthered many causes of social welfare during his reign as emperor, and that establishing this outpost, called Thamugadi in the northern African province of Mumidia, was in keeping with Trajan’s outlook and concern for the wellbeing of his men. 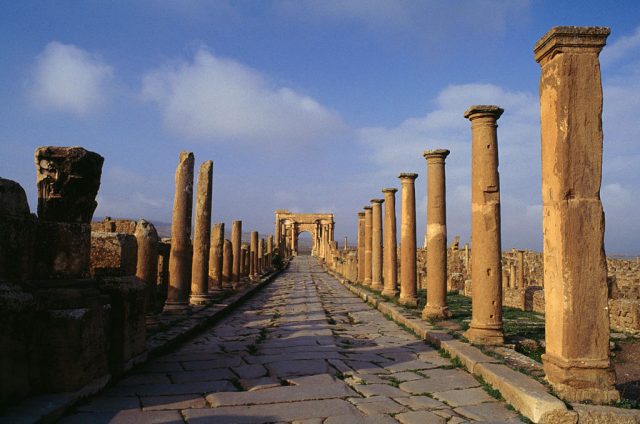 And once this community was founded and people began settling there, it grew and thrived until about 10,000 people lived there.

Unfortunately, its very success as a community made it a desirable target for looters and plunderers, and it endured many attacks over the centuries.

One in particular, a Vandal invasion of 430 A.D., hurt the city badly, leaving many dead and its institutions crippled. After attacks continued and invasions caused more damage and harm to its citizens, Thamugadi (also called Timgad) was finally abandoned in about 700 A.D.

Then came the final blow to this already wounded city – a Sahara sandstorm that obliterated it from view, essentially burying buildings and causing the town to simply vanish from view.

It remained buried for approximately 1,000 years, until an enterprising Scottish explorer named James Bruce came upon the city in 1765. He and his team worked tirelessly to uncover Timgad, but had no way, back then, of taking evidence of the city’s existence back to England. 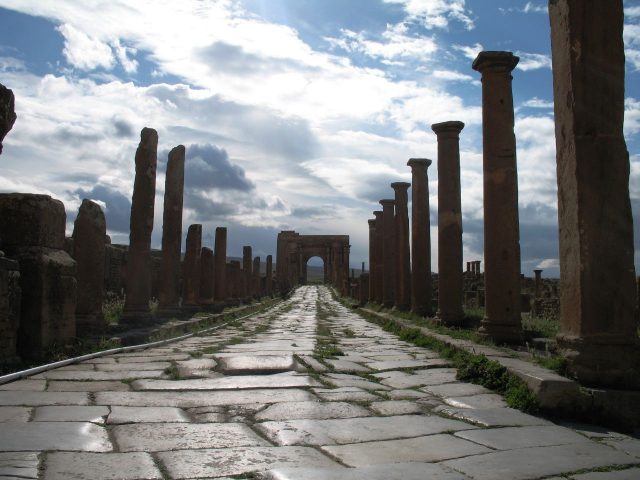 One of the roads into Timgad

Officials were sceptical of Bruce’s claims, and Timgad remained covered for about another century. It was not until 1881, when the area was populated by French colonists, that Timgad was fully excavated. 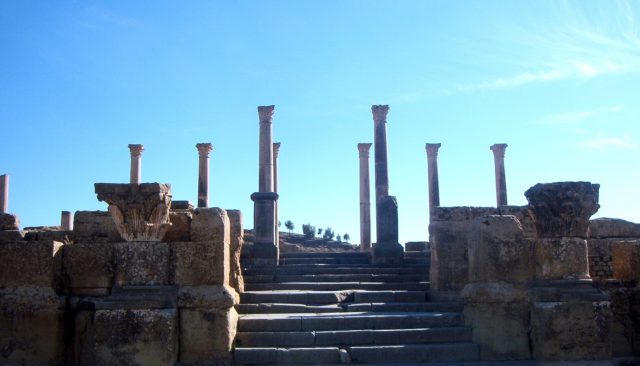 Today it stands as a splendid example of Roman architecture, with many structures – like Roman baths – virtually intact. 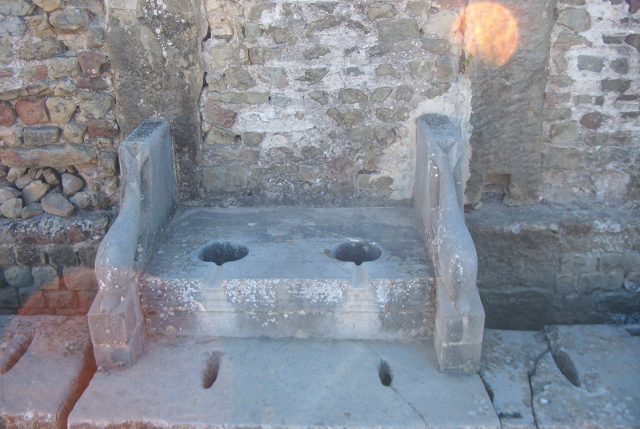 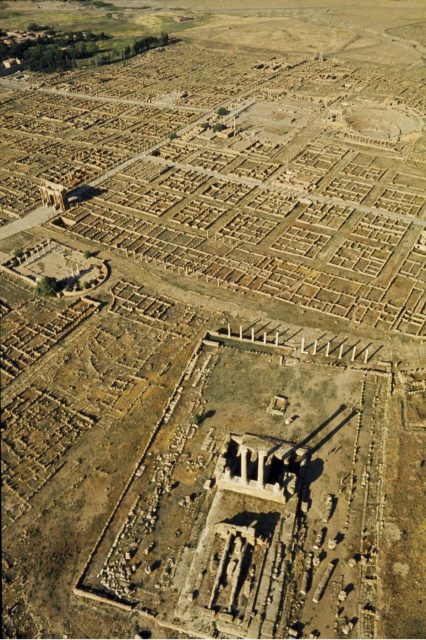 Now the city’s ruins stand as a protected UNESCO World Heritage Site, offering mute testimony of how the citizens of this Roman community lived, and their approach to everything from entertainment (there is a forum) to education (a well preserved library still stands). 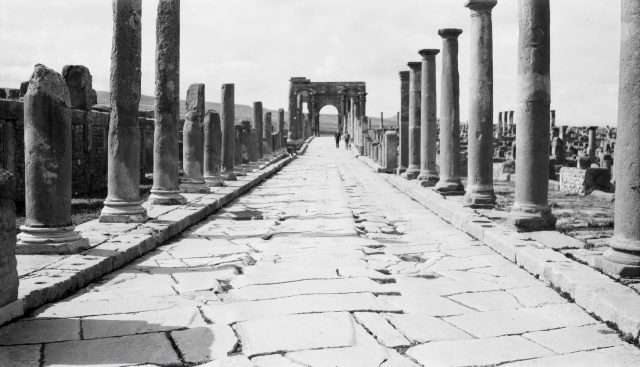 One bath house had a decorative mosaic outside its entrance of what we today call “flip flops,” a type of sandal popular with Romans entering to cleanse. And perhaps eeriest of all, in these coronavirus dominant times, is the inscription outside the bathhouse: “Bene Lava,” which means, simply, “wash well.” It could be a motto for any public restroom anywhere in the world today.

The mosaic and other items are now held in a museum just inside the site’s entrance. 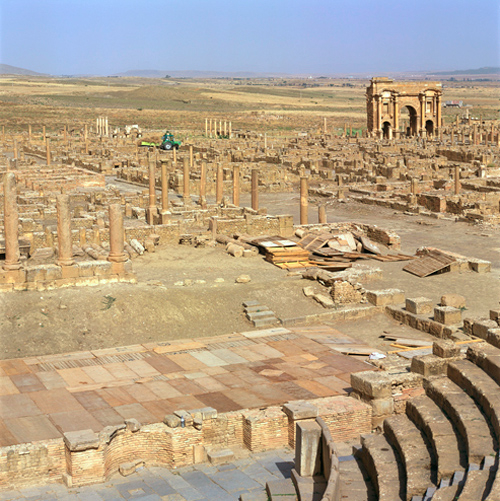 Present day historians, archaeologists and other experts, say the city is an intriguing place for any student of Roman times to investigate. It offers fascinating glimpses into an ancient time, an ancient culture, and many examples of the advances we credit the Roman Empire with making. 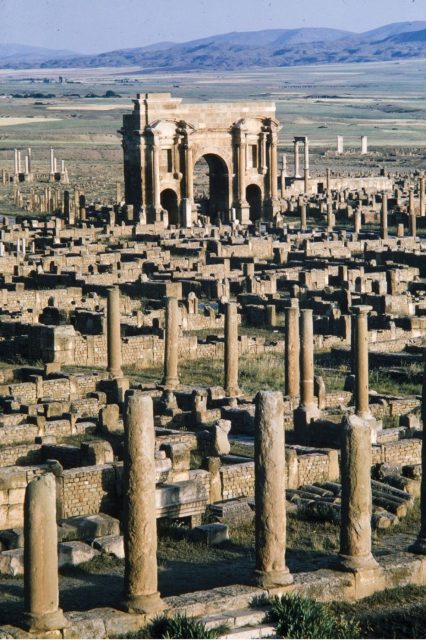 Touring the site is, of course, not possible right now. But eventually there will be a vaccine for the coronavirus, and life will return to something approximating normal. Travel will not seem risky, and an appetite for adventure to new destinations will revive.

Another Article From Us: Ancient Egyptian Tomb Opened for First Time in 2,500 Years

Perhaps Timgad is one of those sites that perhaps must be seen to be believed, and truly appreciated. The ability to do that, to go to places like this Roman Empire African outpost, will someday return.