Germany’s Nebra Sky Disk Reevaluated, Turns Out to be Not so Old

It is covered with a bluish green patina and illustrates the night sky with stars and other heavenly bodies in gold. For such a small thing, it has aroused a remarkable amount of controversy since it was turned over to the German authorities.

According to ancient-origins.net, the disk has caused controversy since day one. Originally it was believed to be a forgery because of an essay by P. Schauer but it has been proven that the artifact is genuinely historical.

The swords found with the disk Author: Dbachmann CC BY-SA 3.0

Dating the object, however, has proved problematic. The stories given to the authorities by the looters as to where it was found don’t add up. They reported it was found in a hoard along with two swords, two axes, two spiral arm rings and a bronze chisel.

When examined, the soil samples from the hoard artifacts were different than what was found on the disk. During the initial testing phase scientists thought the disk was buried in about 1600BC and could be much older.

Many believed the disk was a sort of portable star map that showed the solstices. Astronomer Ralph Hansen upholds the view that the disc was an attempt to coordinate the solar and lunar calendars to instruct the ancient people when to plant and trade. 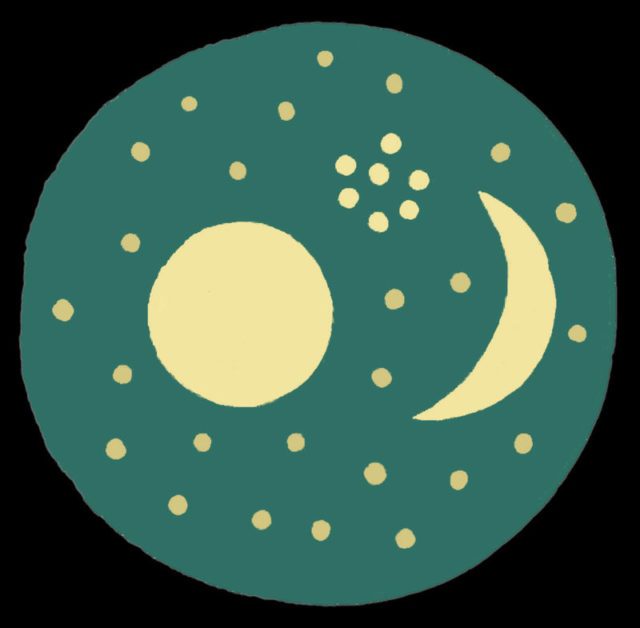 Nebra Sky Disk 1) On the left the full moon, on the right the waxing moon, and between and above, the Pleiades

Astronomer Curt Roslund from Gothenburg, Sweden disagrees. He believes it was not an instrument of measurement but simply a tool for symbolic rituals. Roselund and Emília Pásztor, an astronomer from Hungary, did a study in 2007 and stated that the stars were not in the correct places to represent a true image of the nighttime sky. 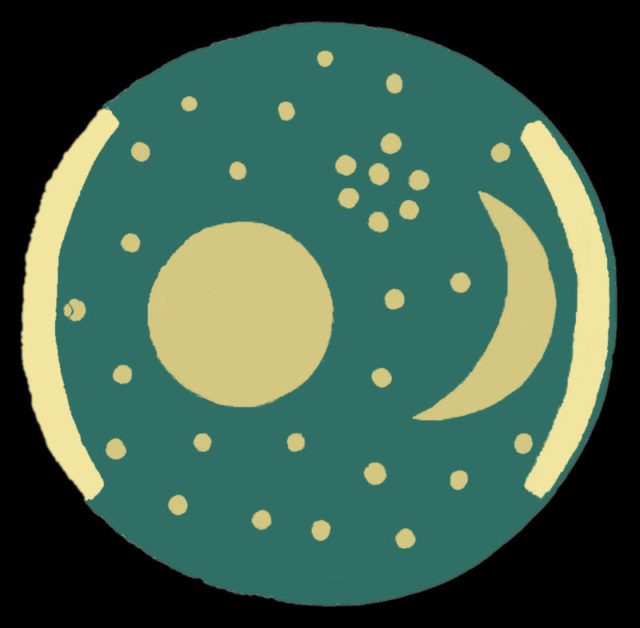 2) Arcs were added on the horizon for the zones of the rising and setting sun; individual stars were shifted and/or covered

There is a representation of the Pleiades as a group of seven stars and it is a known fact that the ancients used these stars to calculate the solar year. The biggest problem in dating the Nebra Sky Disk is that the looters did not follow any type of archeological standards during the excavation and actually broke an edge when they tried to wrench it out of the ground.

With different stories from the looters and one even changing his story little credence can be given to their information. Tests done to the two axes found in the hoard show that one axe and the chisel do not fit into the same time period as the rest of the objects further discrediting the looters’ stories. 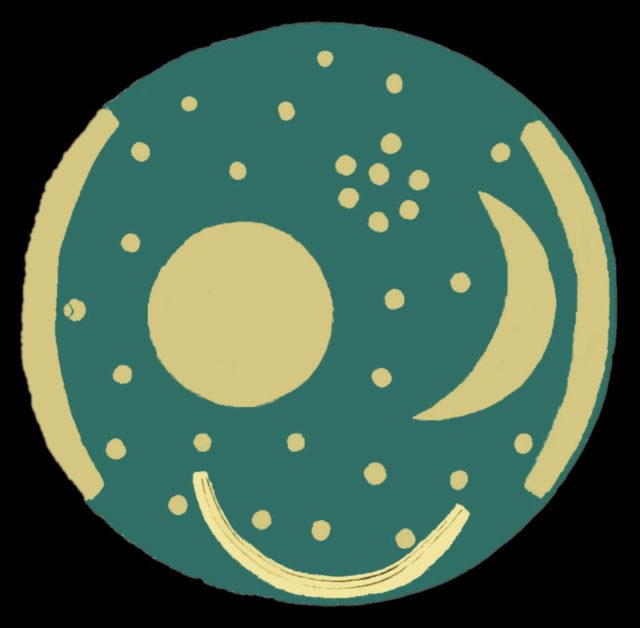 The image shows stars, a crescent moon and a sun or full moon. Scientists can’t even agree on that as state archaeologist Harald Meller believes it is the sun while other astronomers believe it is a full moon as the disk represents the night sky.

It is their determination that the Nebra Sky  disk is about one thousand years earlier than previously thought and puts it into the time frame of the Iron Age rather than the Bronze Age according to their research paper at dguf.de.

Again, their findings were disputed by archeologists at the Saxony-Anhalt State Museum for Prehistory in Halle who believe the artifact was part of the hoard and according to deputy state archaeologist Alfred Reichenberger, “Gebhard and Krause are ignoring important publications and quoting only those facts that seem useful to underline their theory.” 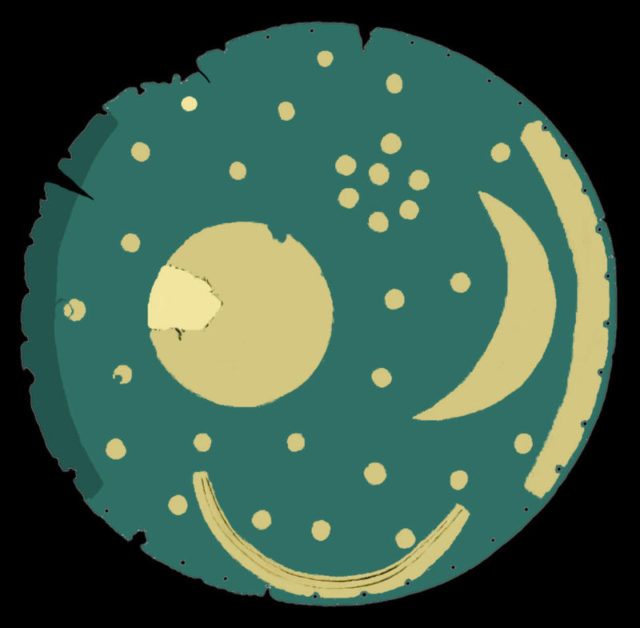 After the looters got their hands on the disk, they sold it on the black market for about forty two thousand dollars and then it was resold for about six hundred thousand dollars. The police caught wind of the transaction and seized the artifact in 2002.

The two owners had performed some changes but when it was taken to Saxony-Anhalt’s State Museum for Prehistory it was restored to its original state and is now on display there. The looters were sentenced to several months in jail.