Recently researchers in Siberia found an icy animal that just couldn’t bear to be frozen any longer.

According to BBC News Europe, a perfectly preserved bear (Ursus spelaeus) from the Ice Age has been uncovered by reindeer herders in the Russian Arctic.

The cave bear was found in the Lyakhovsky Islands, the southernmost group of the New Siberian Islands in the arctic seas of Eastern Russia. 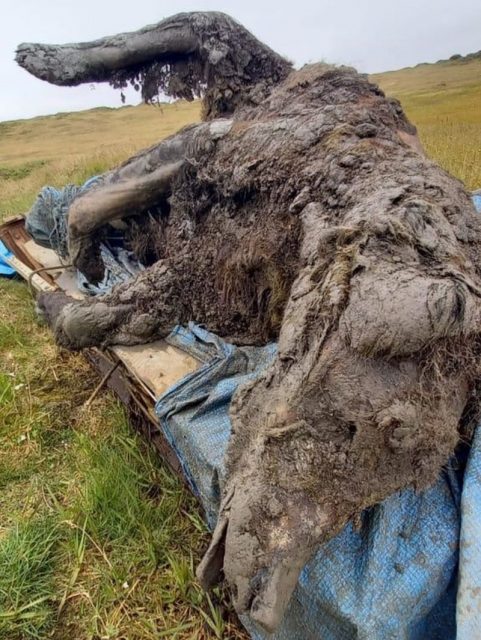 The ancient bear’s big reveal came with the melting of permafrost in Siberia. However, it isn’t the only species to be found because of melting permafrost. As reported by The Siberian Times, there have also been discoveries of mammoths, woolly rhinos, Ice Age Foals, several puppies, and Cave Lion cubs.

But the reason this discovery is so monumental is that this cave bear is the only one of its species that has been uncovered with soft tissues intact.

After tens of thousands of years, it has been completely preserved with its teeth, nose, and internal organs all untouched and unharmed. Before this, the only thing that had ever been found relating to this species was bones. 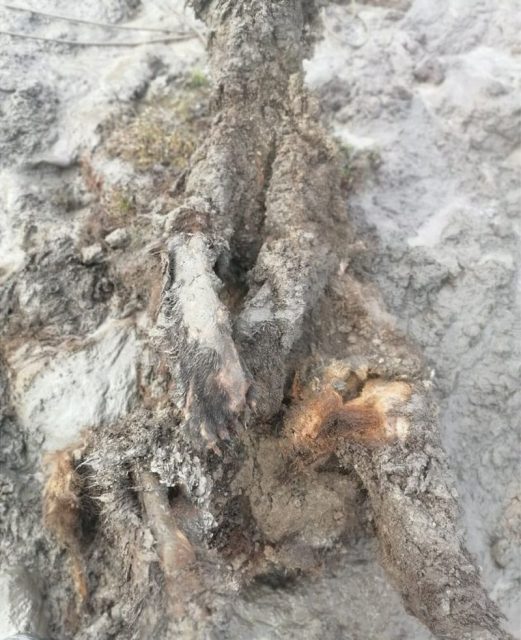 After the reindeer herders found the cave bear, they transferred the right to research to the North-East Federal University (NEFU) in Yakutsk. This university is at the forefront of research into extinct animals, such as woolly mammoths and rhinos.

Scientists at the university said that this particular discovery was unprecedented. “This find is of great importance for the whole world” said Dr. Lena Grigorieva, a paleontology researcher at the university and one of Russia’s leading experts on extinct Ice Age species.

“Today this is the first and only one of its kind – a whole bear carcass with soft tissues. It is completely preserved, with all internal organs in place including even its nose. Previously only skulls and bones were found,” she said.

Dr Grigorieva told the BBC that the cave bear is believed to be an ancient relative of the brown bear. According to the team of scientists at the university, the cave bear is a prehistoric species or sub-species that lived in Eurasia in the middle and late Pleistocene period and became extinct 15,000 years ago.

It is suspected that this bear lived 22,000 to 39,500 years ago, but further scientific tests would need to be done to give a more accurate number.

“It is necessary to carry out radiocarbon analysis to determine the precise age of the bear,” said Maxim Cheprasov of the Mammoth Museum Laboratory.

He said, “a scientific programme for its comprehensive study will be prepared. We will have to study the carcass of a bear using all modern scientific research methods – molecular genetics, cellular, microbiological, and others.”

Dr. Grigorieva noted,”the research is planned on as large a scale as in the study of the famous Malolyakhovsky mammoth.”

However, scientists haven’t been able to visit the site of the discovery yet, as the location the cave bear was found in is quite some distance from Yakutsk.

It’s remarkable to think that these cave bears probably weighed around 1 ton, or 2,200 pounds. That’s about 500 pounds heavier than our biggest bears today.

And it is amazing to think that these enormous bears spent their time wandering glacier-covered Europe and Asia with their saber-toothed tiger friends and other animal species.

How fortunate we are, tens of thousands of years later, to bear witness to this pivotal and important Ice Age discovery.