James Bond is the ultimate cool spy character, created by novelist Ian Fleming. It is a role that has made a few men lucky enough to don his tuxedo and use the high tech gadgets given to him to fight villains incredibly wealthy in the more than 25 film adaptations that have been made from those books.

There have been 26 James Bond films in total, beginning with “Dr. No” in 1962, starring Sean Connery (who just died at the age of 90) and other suave actors, including Roger Moore, current star Daniel Craig, lesser known actors like George Lazenby. 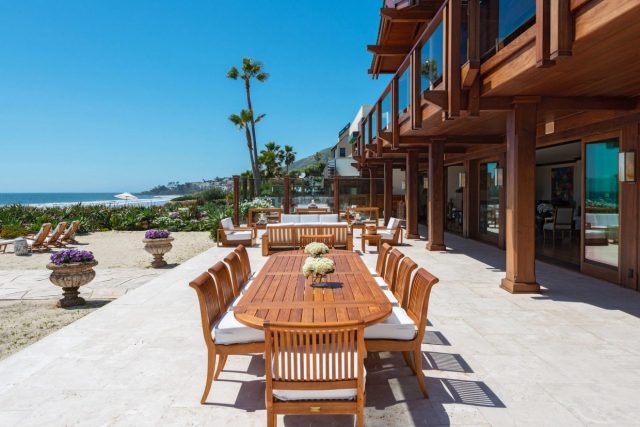 One who set hearts fluttering when he took over the role in 1995, Pierce Brosnan, who stayed on as Bond until his final appearance in “Die Another Day” in 2002.

Brosnan has starred in other films, of course, but no other as influential or lucrative as the four Bond films he did. They certainly made him a very wealthy man, as the home he’s put on the market in Malibu, California, attests – its asking price is $100 million (USD).

Brosnan and his wife, Keely, have moved off the mainland to Hawaii and have not lived in the nine-bedroom mansion for quite some time. The home was built in 2010.

Brosnan built the property himself, a sprawling, estate with massive rooms, a Thai design that features many large wood beams and stunning views of the exclusive beach in Malibu. 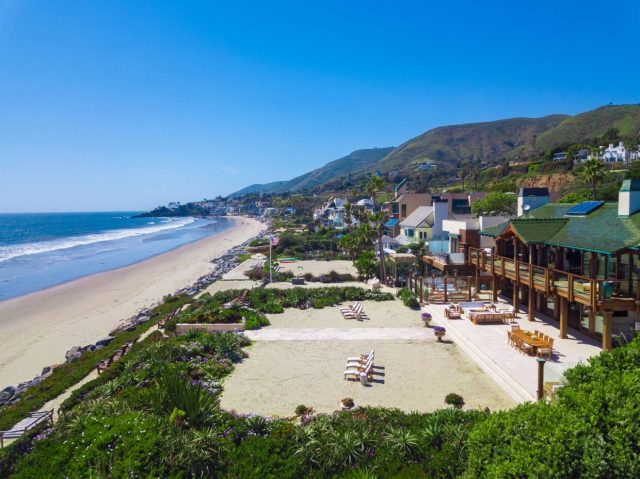 And because it’s in California, where the beautiful Pacific Ocean is never enough for the rich and famous movie stars who reside there, the mansion has a huge swimming pool near its outdoor patio and fire pit.

The actor told the British press that filming “Tomorrow Never Dies” in part in Thailand influenced their choices in the design and build of the beach side home.

What is impressive about this home, as much (if not more) than its sleek lines and lush gardens, is what it doesn’t have, or do: it powers itself with solar panels, and so it is the perfect eco-friendly estate for environmentally conscious wealthy home owners who can afford it.

In fact, it produces so much power everything on the property runs itself: the home, the pool, the lighting, and everything else, with enough residual power remaining to allow Brosnan to donate the excess to the local power grid. He may have played Bond, but that’s heroic. 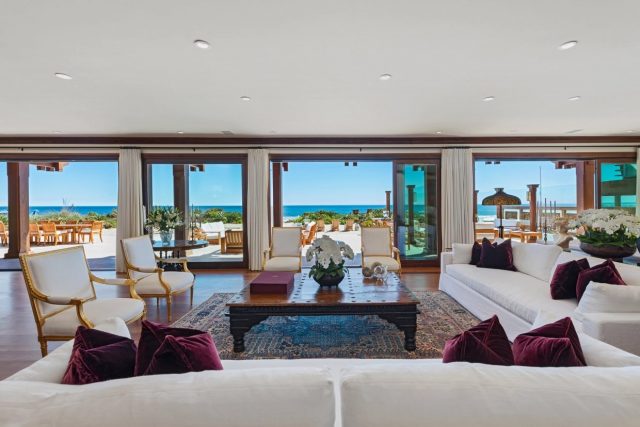 Whether Brosnan will get his sky high asking price remains to be seen, as even home sales of the super rich have been affected by America’s seeming inability to grapple with the coronavirus and is for sale by chriscortazzo.com

Prices are down, as are in-person showings, as owners and potential buyers are nervous about allowing strangers into their homes to view it, and strangers are wary of going in to homes they don’t know.
But the “Bond factor” may prove enough to overcome any nerves a potential buyer may have, and the home may sell quickly. 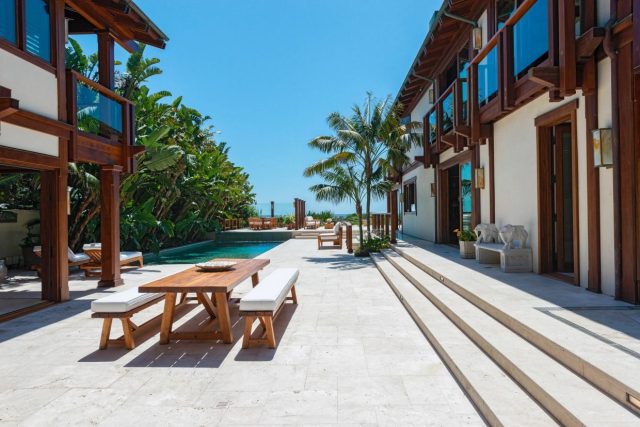 Brosnan has said he loved playing James Bond, and would have done another film had he been asked. But by the time he made “Die Another Day,” a critical failure (although ultimately a commercial success) producers felt it was time for another actor to take on the iconic role.

Brosnan has said that although it took time for him to feel satisfied with the movies he made as Bond, he is proud that he was the actor who ushered the franchise into the 21st century.

For many people, there will never be a better Bond than the original, Sean Connery. For others, it’s today’s star, Daniel Craig. But for anyone who loves how Brosnan handled the role, there’s a way to get a little slice of the star’s orbit – buy his mansion in Malibu. Providing you’ve got a whole lot of money in your savings account, that is.