In the Czech Republic, a man who was mushroom-picking close to his home ended up finding a 3,300-year-old sword from the Bronze Age, according to Radio Prague International.

It was reported that a local resident, Roman Novak, found the ancient sword in a forest in Jesenicko, Northern Morovia, whilst he was indulging in the Czech tradition of mushroom picking (or mushroom-hunting as it is also known). 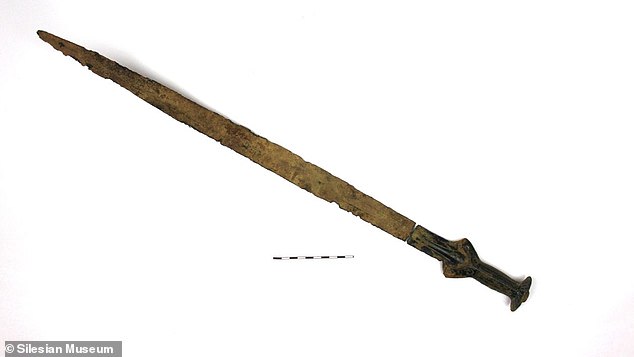 Bronze Age sword dating to 1300 BC

He said “It had just rained and I went mushroom-picking. As I went, I saw a piece of metal sticking out of some stones. I kicked it and found that it was a blade, part of a sword. I then dug some more to find a bronze axe.”

As soon as Roman Novak found the sword, he contacted archaeologists, who immediately began preparations to excavate the forest, as well as to run a series of tests on the ground and on the artifact itself.
According to Jiri Juchelka, who leads the archaeology department at the nearby Silesian Museum, the sword and the axe are around 3,300 years old and date back to roughly 1,300 BC. 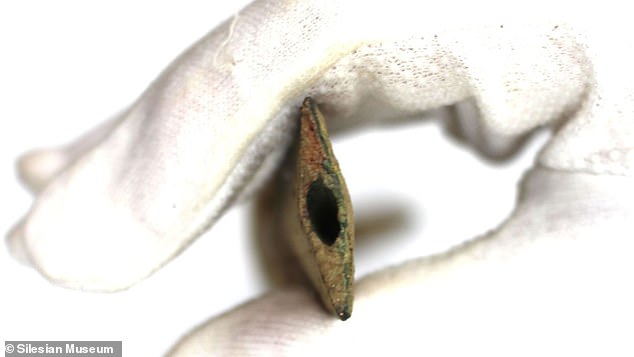 The blade of the Bronze Age  sword is broken near the base but it’s otherwise intact.

Both artifacts resemble weapons that were mainly used in what would today be known as Northern Germany.

Jiri Juchelka then went on to say “This sword has an octagonal hilt. This is just the second sword of this type that has ever been found in these places.”

This came as a big surprise to the experts, because the area in which the artifacts were found was sparsely populated back in 1,300 BC. However, the tests undertaken on the soil have confirmed that the artifacts are, in fact, local. 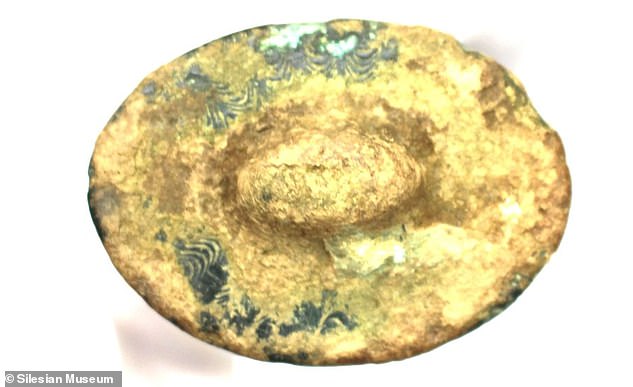 The blade of the sword is broken near the base but it’s otherwise intact.

Jiri Juchelka explained that 3,300 years ago, this part of Europe was inhabited by the Urnfield people. They were so named because of their custom of placing the cremated bones of the dead in urns, and then burying them in a field.

At that time, they were in an early stage of development, and the sword that was found would have been considered to be extremely valuable within their culture.

The blade of the sword is broken near the base but it’s otherwise intact.

The iron sword would have needed forging, and therefore would have required a smith to hammer the red hot metal into the shape needed. The bronze swords, on the other hand, were made by melting the bronze metal into liquid and pouring it into a mold.

The sword that was found was not the best example of the latter method, Jiri Juchelka reported to Radio Prague International.

“They were obviously trying their best, but the quality of the casting was actually pretty low. X-ray tests show that there are many small bubbles inside the weapon. This suggests that the sword was not used in combat, but was instead of symbolic value.”

His colleague, Milan Rychly, who works at the Ethnographic Museum, said “It is like a puzzle. We just have four little shards from the story that took place right now, so we have to start piecing everything together.”

He then went on to confirm that archaeologists are planning to survey the area in which the sword and axe were found. They are going to see if they can find any other artifacts in the area that might give us a deeper insight into the people who inhabited the region many years ago.

But for now, the sword will be further analyzed by experts before being exhibited at both the Ethnographic Museum of Jesenicko and the Silesian Museum.