Roman Coins: An exciting archeological find in Como, Italy just north of Milan was announced in September of 2020 by the Italian Minister for Culture.

In the basement of a theatre being renovated, the workers stumbled upon what they thought was a large soapstone jar that, after examination from scientists, turned out to be amphora filled with stacked gold coins from the Roman Empire worth perhaps millions of dollars. 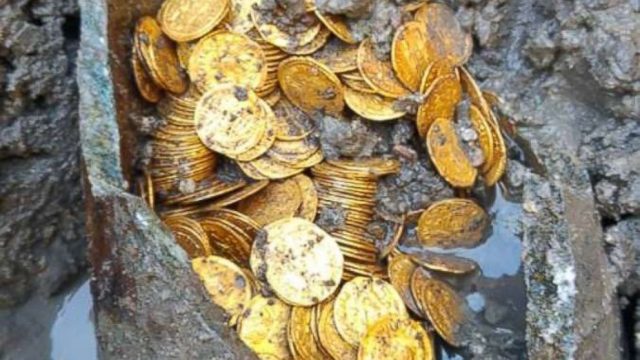 Hundreds of gold Roman coins dating to the 4th or 5th century were found in an archaeological dig in Como, Italy. Credit: Italian Ministry of Culture

The coins were a surprise to the experts as large jugs with handles on either side, amphora, usually held wines and foodstuffs for the Romans.

According to npr.org, the Roman coins show the images of emperors Honorius, Valentinian III, Leon I, Antonio and Libio Severo all before 474 AD.

The images of the emperors will help to correct any modern assumptions as to how they looked and help scientists to learn more about this turbulent time in Italy. 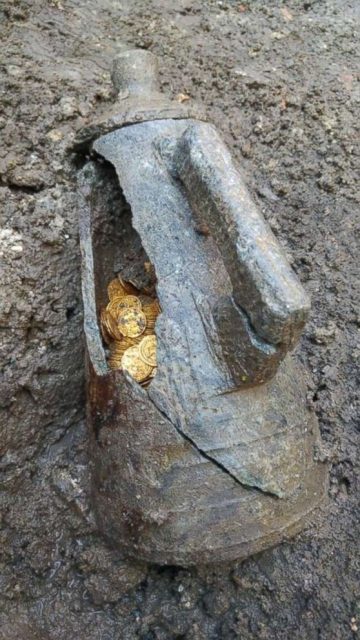 It’s unclear how much the hundreds of coins could be worth. Credit: Italian Ministry of Culture

Because of the way the coins were so nicely stacked, coin expert Maria Grazia Facchinetti believes the cache was not the property of a common citizen but possibly a public bank although at the time Germanic invaders were closing in on Italy and a wealthy person or group of people may have hidden the gold for safekeeping.

The excavators currently plan on leaving the amphora in the dirt and removed twenty seven coins representative of the cache for examination by Milan’s Mibac restoration laboratory until everything can be done in a proper archeological fashion.

The Como theatre in which the discovery was made, Teatro Cressoni, was built in 1870 and saw life as a residential home and a cinema before it was abandoned in 1997. The theatre was being renovated to turn the building into apartments, according to newsweek.com. 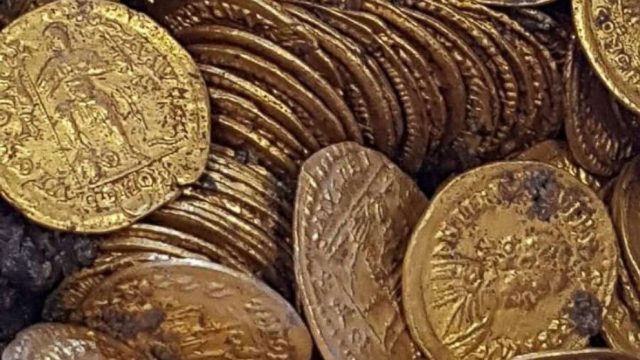 The Cressoni Theatre, where the coins were found, is not far from the ancient city of Novum Comum, home to many other important Roman artifacts. Credit: Italian Ministry of Culture.

For now, the work will be suspended until a full archeological dig is done to discover if anything else is under the building. Local archeology superintendent Luca Rinaldi remarked, “We are talking about an exceptional discovery…It’s practically an entire collection unlike anything else ever found in northern Italy; coins that are found are stuck together but these are all separate, it was like opening a wallet.”

Culture Minister Alberto Bonisoli remarked that the find was “a discovery that fills me with pride.” Comocopanian.com tells us Cuomo was originally an old Roman town that went by the name of Novum Comum and was founded by Julius Caesar in 59BC. 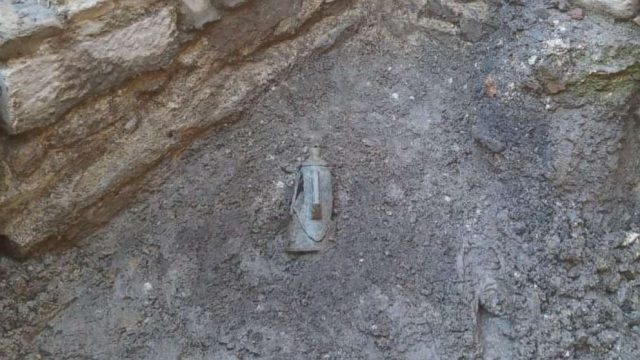 The ministry shared photos of the shiny coins, which were spilling out of an amphora — a Roman jar with two handles — buried in the dirt. Credit: Italian Ministry of Culture

The Roman presence was significant here for the next six hundred years. By the 3rd century BC the town had almost forty thousand residents.

The foundation of the over twenty six foot tall wall built by Cesare’s legions is still visible and the remains of a double arched gateway, the Porta Pretoria, are accessible to visitors. The town would have had temples to the gods, artisan workshops, homes, a forum and a theatre.

Outside the walls a bath house, cemetery, and the very best villas would have been found. The Paolo Giovio Archaeological Museum in Como inside the Palazzo Giovio houses a number of local Roman artifacts including paintings, mosaics, marble reliefs, frescos and statues as well as relics from pre-history to the present.

Pliny the Younger, a famous Roman historian who documented the eruption of Vesuvius that destroyed Pompeii was from Como and wrote fondly of the town and the nearby lake.

Coinsweekly.com tells us that a gold bar was found in the same location as the three hundred coins and was also taken to Milan to be examined.

The coins were found in exceptional condition with a weight of four grams of pure gold each but depending on the emperor’s likeness, as coins from the reign of Valentinian III are worth much more than a coin from the reign of Libus Severus, the value of the find can be more or less than is actually thought.

Once the coins and the amphora are fully excavated and examined, they will most likely be returned to Como and put on display at the Paolo Giovio Archaeological Museum.