Is This the Childhood Home of Jesus Christ, Archaeologists Believe So

Is this 1st century structure carved into a limestone hill the place where Jesus grew up? The Son of God, together with mother Mary and volunteer father Joseph, lived in the cavernous accommodation according to a British academic.

Prof Ken Dark from the University of Reading has spent 14 years combing over the Holy hideaway made of bricks and mortar. He was in originally Israel on another assignment when the mystery caught his attention.

Speaking to BBC News last month, he revealed “I was actually doing a study of the city’s history as a Byzantine Christian pilgrimage centre”. However an old story about Jesus Christ’s childhood home diverted him somewhat. The result is a new book about this neglected yet essential chapter of Biblical history. 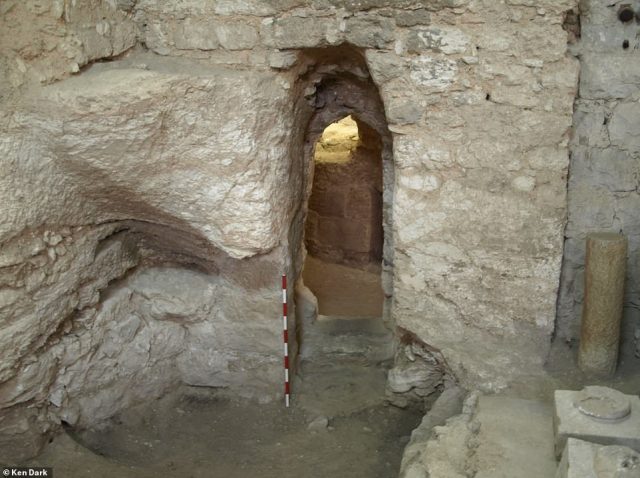 The first-century house at the Sisters of Nazareth site showing the rock-cut doorway and to its left part of the natural cave. Is this were Jesus lived?

Jesus’s supposed house was once the crypt of a Byzantine church, specially constructed to protect it according to historic accounts.

On top of the church is a convent, which gives the book its title: ‘The Sisters of Nazareth convent: A Roman-period, Byzantine and Crusader site in central Nazareth’. It was published in September.

Our Savior’s old stomping ground sounds not a million miles away from a modern day listing. The Daily Mail writes the dwelling is “probably a courtyard house” which has “living and storage rooms”, plus “a roof-terrace”.

That said, not many locations have a doorway cut from solid stone, with stairs hewn the same way. Compressed chalk exists instead of a carpet. Traces of pottery were also found in the interior.

Sitting quietly on a side street, The Sisters of Nazareth convent is now part of central Nazareth, 2020. Its neighbors include the famous Church of the Annunication, another site like an architectural Russian doll. Mary was told she would give birth to the Almighty in the house it supplanted.

Prof Dark and others believe the Byzantine structure over Jesus’s house is the Church of the Nutrition, also known as the Church of Joseph’s Workshop. Website See The Holy Land describes it as a “solid and unpretentious building”. 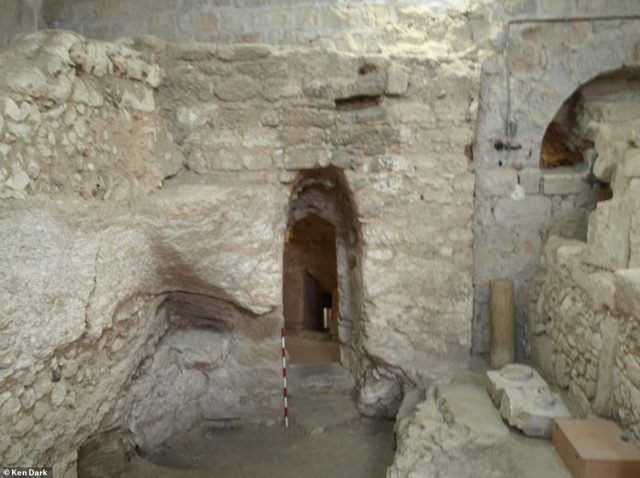 Did Jesus live here? The floor and the associated objects suggest that this was a domestic structure’ Credit Prof Dark.

Saint Joseph may be thought of as a simple carpenter. However in the Good Book he’s called a Tekton, the “ancient word for craftsman” writes BBC News. That craftmanship went beyond the treatment of wood it appears – he may have created the limestone house in the first place.

Dark took his cue as to the church’s identity from ‘De Locis Sanctis’, an account written by Adomnán, an Irish monk in the 7th century. The abbot and statesman coined the name ‘Church of Nutrition’ because of the way Christ was nourished on the sacred premises.

And of course much work was done prior to Prof Dark taking a trip to Israel. Jesus’s house, or what’s believed to be so, was initially talked about by French scholar and explorer Victor Guérin in 1888. 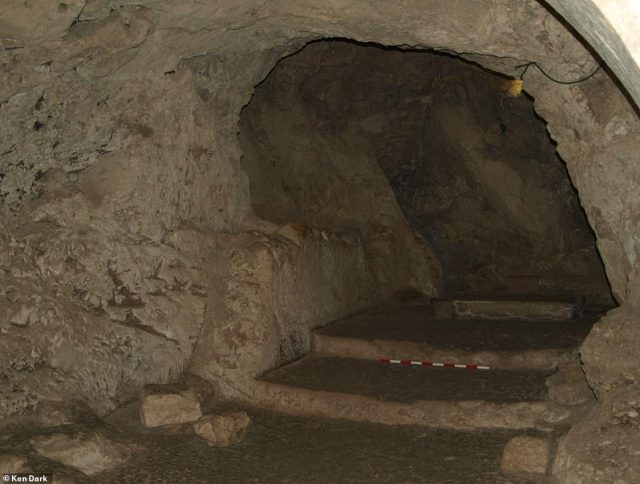 After burial ceased at the site, perhaps in the fourth century, a cave-church was constructed in the hill. Credit Prof Ken Dark

Nuns stumbled on an ancient cistern, sparking off the ecclesiastical excitement. The home was then excavated on and off over a period of approx 80 years till 1964. Jesuit priest Henri Senès was the man who previously kept the faith before Dark revived people’s interest.

The Professor published an article on his findings in 2015. He can’t say for certain whether this is Christ’s childhood home. But for him it’s a likely destination. Quoting from his article, the ‘Metro’ reports: “It is impossible to say on archaeological grounds, but nor is there any archaeological reason why such an identification need be discounted.”

Speaking to the Mail, Dark stressed his conclusions draw on “what texts tell us the Byzantines perceived”. He added there is recent evidence that “considerably strengthens the case”.

Another Article From Us: 2,400 Years Old: Greek Helmet Found Buried Next to ‘elite warrior’

Will the world accommodate his thoughts on the matter? Is he seeing a pattern in the ancient buildings of Nazareth? Or is the truth something different but equally fascinating? The answers must be arrived at brick by brick…