China Plants Flag on the Moon

The red flag of China is now flying on the Moon. A first for the country, this symbolic gesture was achieved via a combination of old school patriotism and 21st century tech.

The Chan’ge-5 probe spent a couple of days on the lunar surface recently. It touched down in the Sea of Storms, by the north west volcanic formation of Mons Rümker. The probe is also the first Chinese “visitor” to embark on a return journey.

With its mission of collecting rock samples complete, there was only one way to sign off – leaving a five-starred flag behind so everyone would know who’d been there. 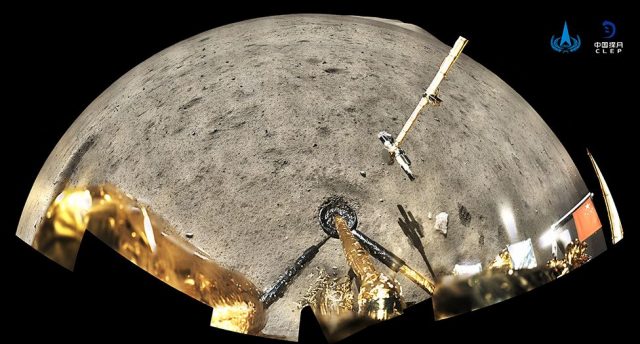 A panorama of the moon’s surface by the lander-ascender combination of China’s Chang’e-5 probe after its smooth moon landing . credit: CNSA/CLEP

It isn’t exactly the first time a Chinese flag has been Moon-bound. Painted versions have adorned modules before. This time however the arrangement is the real deal. China are now celebrating their 3rd trip to the Moon in well under a decade.

As Space.com writes, the operation comprised 3 elements: “the flag, a compression release device and a small pyrotechnic deployment mechanism.” The 12 gram flag – described as a “small version” – was deployed rather than planted.

The probe’s lander was responsible for unfurling the fabric while the ascender blasted off into space. Dramatic footage was released by China’s National Space Administration, together with photographic evidence of the flag.

It’s created from a thin but super durable material that took over a year to find, according to Space.com and CCTV (China Central Television). A wise move it appears. BBC News reports previous demonstrations of national pride have probably fallen prey to the elements. The 5 flags still upright from various NASA visits are “likely to have been bleached white by the sun’s glare.”

As mentioned by BBC News, NASA astronaut Buzz Aldrin believes a US flag is missing from the original Moon landings due to it being “probably blown away when the module blasted off”. Space.com refer to Chinese officials, who say their flag is “relatively flat” and “designed to be wrinkle-proof”. 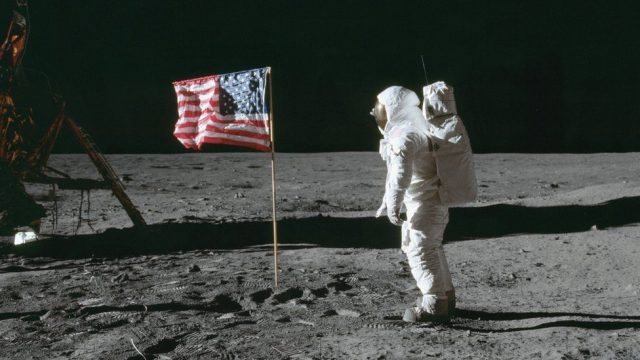 The lander stays behind but what of the lift off? The Global Times writes the ascender traveled 15 km to a lunar orbiter. Fingers and quite possibly toes were crossed for this complicated stage. The times quotes Wang Ya’nan, Aerospace Knowledge’s editor in chief, who reveals there were no commands from the ground. The probe was driven “entirely on automatic maneuvers”.

And the potential snags didn’t stop there. Even the slightest time delay could have thrown the balance of the mission off. Should the probe end up on a slope, factors like trajectory are affected.

The reported 2 kilos of Moon material was automatically transferred to a capsule. That’ll be back on Earth “around the middle of the month” according to CBS News. They add, “Touchdown is planned for the grasslands of Inner Mongolia”. 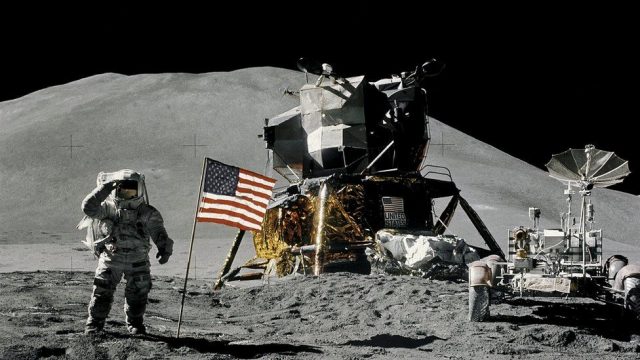 With the findings, China are looking to make strides in developments such as lunar bases and a planned trip to Mars.

Relations between China and America are far from happy at the moment. However this hasn’t stopped warm words being exchanged in light of the Chinese milestone. The Global Times writes the flag deployment is a welcome reminder of how inspiring the Apollo mission was back in 1969.

Meanwhile, Dr Thomas Zurbuchen of NASA’s Science Mission Directorate tweeted positively on receiving the cosmic news. Zurbuchen hoped “everyone will benefit from being able to study this precious cargo that could advance the international science community.”

Of course with no wind to speak of, a flag isn’t exactly going to flap in the breeze. But that hasn’t stopped the People’s Republic making their mark, just as Americans did half a century before.

Another Article From Us: Observatory Scaled by James Bond & Used to Search for Alien life, Collapses

It goes to show that, in spite of what tensions might be building on Earth, the heavens are still a place where such differences are set aside and long-held dreams can be realized…

« He is Back – Indiana Jones’ 5 to Start Filming Next Spring
Is This the Childhood Home of Jesus Christ, Archaeologists Believe So »