Discovered, Vast Network of Amazon Villages Laid out Like Constellations

Amazon: Ancient Amazonian peoples lived in villages shaped like the cosmos. Those are the findings of an archaeological team who recently flew over the Brazilian rainforest scanning the area with lasers. LIDAR (Light Detection and Ranging) technology is enabling experts to see beneath layers of history like never before.

These pre-Columbian villages under the trees – numbering over 35 so far – date to between 1300-1700 AD. Arranged in circles and sometimes rectangles, they’re referred to as “mound” villages and are around 3 miles apart. Circular villages are reportedly 282 ft in diameter on average, whereas rectangular sites cover approx 148 ft writes Live Science.

The researchers – including archaeologists from the University of Exeter – were exploring the southern part of Acre State. Live Science writes about “soil-sculpting cultures” who appear to have followed “specific social models” when building their communities.

Each Amazon settlement is connected across the wider landscape by straight, sunken roads with high banks that radiate out from the centre of the villages. Credit: University of Exeter

The mounds are arranged around central plazas, with the villages forming a “vast community network” connected via roads.

From above, the road networks appear like the hands of a clock. The evidence displays some main roads with high banks for each village. Smaller routes connected people to the water, where streams and essential water flow.

Why are they regarded as being on the cosmic side? Experts believe the cultures there looked skyward for inspiration when organizing a general layout.

And as the team puts it in the Journal of Computer Applications in Archaeology (JCAA), the “elongated” mounds resemble solar rays from a copter’s eye view. In their findings the archaeological group apply the Portugese word “Sóis”, or “suns”. So signs of an astronomical influence are definitely there.

The concept of a populated Amazon is relatively new for the public. Information is sketchy and being added to all the time. It’s not that archaeologists weren’t aware of this information before – mention of such communities has been talked about since the 16th century.

Spanish Dominican missionary Friar Gaspar de Carvajal wrote about road networks he saw during his time out there, as Live Science notes. Then a couple of centuries later one Col. Antonio Pires de Campos stated the area was full of people. However only in the 21st century can long standing ideas finally be fleshed out.

With this latest discovery in Acre State, a compelling picture of pre-Columbian inhabitants working together emerges. All That’s Interesting notes history spotters were certainly “excavating single mounds found in the territory, but no research has ever examined the pattern of these mounds as an interconnected whole”.

LIDAR is changing the game for experts, challenging assumptions and advancing knowledge with some degree of speed. Not much is known about what happened in the Amazon prior to the arrival of Europeans and Columbians. What used to be a painstaking process is now relatively rapid. “The results continue to call into question traditional views that portray interfluvial areas (i.e. those between streams) and the western sector of Amazonia as sparsely inhabited ” the team write in JCAA. 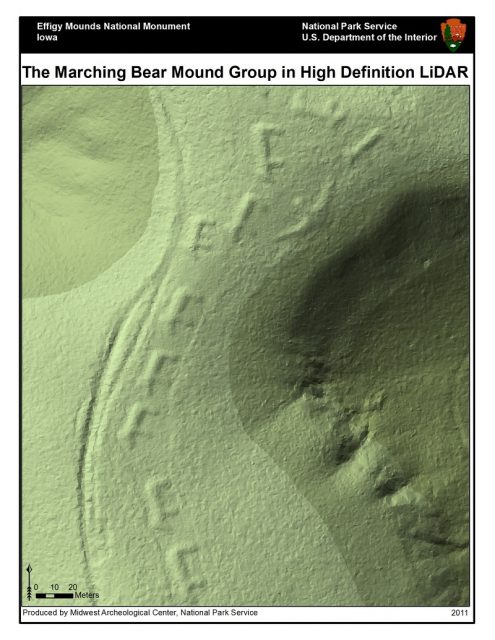 With LIDAR, billions of pulsed lasers are shot toward the chosen site. As they bounce back toward a sensor, precise measurements are taken and a 3D map can be digitally modeled. No more hacking through undergrowth or relying on deforestation to reveal ancient secrets. Satellite data also proves crucial in presenting the most detailed image possible.

This latest find is featured in new Channel 4 series ‘Jungle Mystery: Lost Kingdoms of the Amazon’. The documentary covers up to date developments in exploring the territory, including the surprise discovery of miles of cliff paintings recording ancient lifestyles.

The epic and artistic sprawl depicts hunter gatherers interacting with plants and giant Ice Age creatures. A key factor in that case was the calming of political tensions, meaning areas were safer to go into.

Another Article From Us: Untouched for 1000 Years, Hegra Now Open to the Public

Little by little these inhospitable regions are becoming available to experts from further afield. A good thing for the wider world perhaps. Whether it will be quite so great for indigenous peoples in the long run remains to be seen…