Ghost boat: Who left a boatload of cocaine worth over $80,000 to wash up in the Pacific? The biggest ever Class A find in the area’s history sounds like something out of a movie.

On the lush shoreline of Ailuk Atoll, part of the Marshall Islands, a fibreglass craft made an unexpected entrance. Even more unexpected was the lack of people on board.

Local man Kosby Alfred spotted the vessel. The “ghost boat”, as some are referring to it, exuded a salty air of mystery. However, there were further revelations to come.

A group attempted to get the boat onto dry land without success. It was then they began poking around…

And only then that someone noticed a hidden compartment. 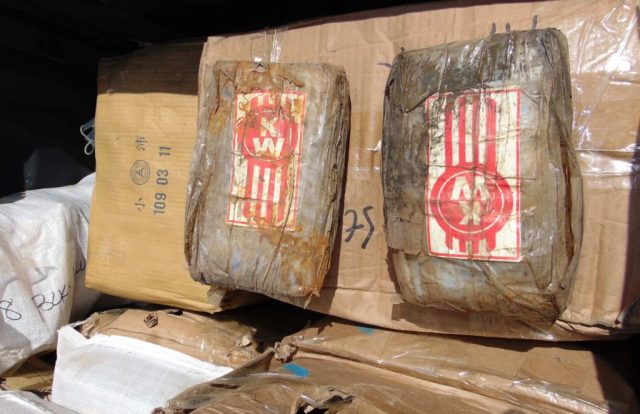 A box filled with one-kilo “bricks” was found on the ghost boat.  Getty Images

Inside were no less than 649 kilos of plastic-wrapped cocaine. Arranged in 1 kg bundles, this was one precious and highly illegal cargo. Who owned the mega stash? The only clue is some initials stamped on the units: “KW”.

The case is now in the hands of America’s Drug Enforcement Agency, who are investigating 2 kgs of the abandoned booty. What about the rest? That’s gone in the incinerator, care of Marshall Island authorities.

Where did the boat come from? The BBC mentions Richard Hickson, Attorney General of the Islands. His view is the craft “could have been drifting for more than a year and was most likely from Central or South America.” With the idyllic location slap bang on a trafficking route it isn’t a surprise such a mystery landed in his lap. 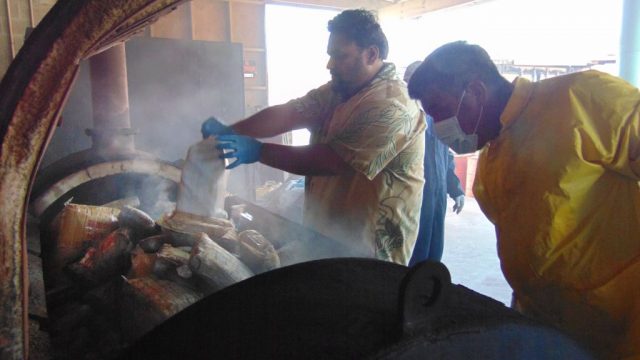 In fact the Islands have experienced serious drug issues, thanks to the dangerous product drifting into communities from who knows where. People have been hospitalized and the problem is so serious that authorities established a task force to tackle the situation in May.

The cocaine may have floated in from a distant destination, but sadly opportunism is never far away. As Sky News notes, “Sometimes wash-ups on remote islands go unreported and find their way onto the illegal market.” In this particular case responsibly-minded islanders handed in the goods, receiving kudos in response.

The latest “ghost boat” case may put the community in mind of what happened in 2014. BBC News, CBS and other outlets refer to one Jose Alvarenga. This fisherman from El Salvador (Central America) endured a punishing 13 months on the ocean waves after his companion passed away mid-voyage. 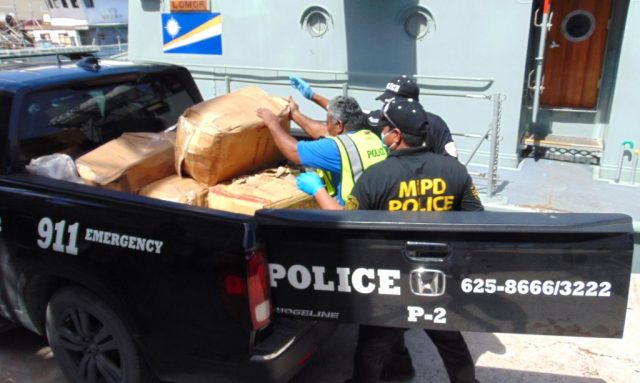 Ghost boat: A photo on December 15, 2020 shows of cocaine into a police pickup truck from a patrol vessel that transported the cocaine from a remote outer atoll to Majuro for confiscation and destruction. Getty.

When his engine stalled and the boat became buffeted by strong winds, plus tidal forces, Alvarenga went way off course. Over a year later he wound up being sighted from Ebon Atoll. According to BBC News, he was forced to eat a diet of turtles and birds, not to mention more regular fare like fish. The poor man had to grab hold of whatever he could consume.

Back in the world of drug smuggling, the new cocaine haul on Ailuk Atoll dwarfs the previous record find. That was a mere 40 kg-ish, compared to many times the amount this week. Plus the drugs don’t always make it to land. It isn’t unheard of for those casting a line to hook a juicy brick of coke.

CBS News writes about how the drugs might have gotten to the Islands. There are several ideas, “including that they were abandoned when smugglers were in danger of being caught, or lost in storms.” The sea is a cruel mistress, and she treats drug runners as badly as anyone else.

Mexico is believed to be a likely place from which cocaine might arrive. Following the rescue of Jose Alvarenga, the University of Hawaii went to work analyzing drift patterns.

BBC News mentions how they created 16 computer simulations in an effort to get to the bottom of things. Most of these hypothetical trips from Mexico took the cargo straight to the Marshall Islands.

Another Article From Us: 2,400 Years Old: Greek Helmet Found Buried Next to ‘elite warrior’

It seems that paradise can often hide dark secrets. The Marshall Islands is beautiful and draws visitors from around the world. Yet events such as devastating nuclear tests conducted during World War II, coupled with the unwelcome presence of floating substances, means there’s always a dangerous edge to the gorgeous beaches and clear blue water…

« Discovered, Vast Network of Amazon Villages Laid out Like Constellations
1,000-Year-Old Cross Buried in Scotland Thought to Have Belonged to a King »