‘The Lion Sleeps Tonight’ is one of the most recognizable pieces of music on the planet. It’s also pretty controversial. Why? Because while the lion may be sleepy “Money Never Sleeps”, to borrow another title.

Solomon Linda is responsible for this sizeable chunk of musical enjoyment. However he and his family didn’t receive anywhere near their due. Copyright law, contract wrangling and even the House of Mouse – Disney – all play a role in the story.

The song has been recorded numerous times but it all started back in Johannesburg, 1939. Linda composed the famous hip swayer, laying it down with band the Evening Birds. It wasn’t called ‘The Lion Sleeps Tonight’ either. The original name for the classic was ‘Mbube’ (Zulu for ‘Lion’).

According to BBC News, the release from Gallo Records broke the 100,000 sales mark. At the time Linda was packing records rather than recording them.

Mbube should have propelled him to stardom. The reality behind the headlines was quite different. As the BBC puts it, Linda “who improvised some of the tune in the studio, was paid for 10 shillings for the recording, so did not profit”. That’s showbiz!

The song then evolved away from South Africa, adding insult to injury and leaving Linda behind. Folk legend Pete Seeger helped turn Mbube into ‘Wimoweh’ in the 1950s. What does Wimoweh mean? It was supposed to be “Uyimbube” (“You’re a lion”) but the Zulu word clearly confused musicians’ ears!

Solomon Linda passed away in 1962 from kidney failure. Such was his financial situation, it took almost 2 decades to erect a tombstone for him.

The year before his death, group The Tokens took the track to the top of the charts. By this stage it was called ‘The Lion Sleeps Tonight’. Moviegoers may have recognized the beat from its use in Sidney Poitier classic ‘Cry, the Beloved Country’ (1951).

The story of how “Mbube” became “The Lion Sleeps Tonight” and how Solomon Linda’s family was robbed of credit and royalties can be found in this doc on Netflix #BlackIsKing https://t.co/pKaTCA4M3M

Big screen fame also beckoned in 1994. Disney released ‘The Lion King’, and what better song to be included on the soundtrack? Unfortunately for Linda’s legacy, royalties were paid to artists involved with previous versions but not the real deal.

A stage show was created from the animated source material, again featuring the catchy tune. With the coffers overflowing but Solomon Linda’s name in obscurity, it looked like justice wouldn’t come for the deceased songsmith. 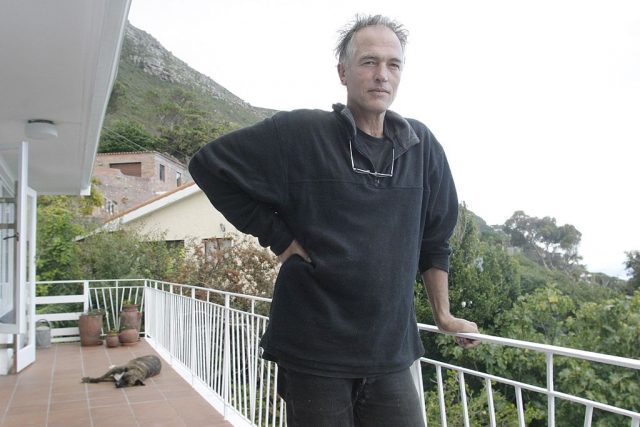 Then the clamor began to build. As the 21st century dawned, journalist Rian Malan published details of the musical injustice in ‘Rolling Stone’. The ball was rolling but it was on the slow side. After legal action loomed, an out of court settlement was reached with the studio over payment. Frustratingly this expired in 2017.

Why frustrating? 2 years later came a remake of ‘The Lion King’, meaning further use of ‘The Lion Sleeps Tonight’ with no reward.

“Nothing in the situation is unlawful” noted Rolling Stone at the time, who added: “the family has no legal right to continue receiving royalties.” Interestingly, ‘Mbube’ features in the new ‘Lion King’, and monies have reportedly been paid accordingly.

A Netflix documentary released the same year – ‘ReMastered: The Lion’s Share’ – kept the saga in the spotlight. And late last year BBC News covered the efforts of entertainment mogul Munya Chanetsa, who decided to record a new version of Linda’s original.

‘Mbube’ entered the public domain in 2012. With this revamp, Chanetsa has ensured the family receives 45% of profits via a trust.

Writers of hit songs are often the most overlooked of behind the scenes figures. Strange as it may seem, a one off payment is all that’s offered. The pandemic era has seen authors struggling to make ends meet, owing to the way streaming services issue royalties.

Solomon Linda’s case may be historic but it’s a defining case of creative wrongdoing. Millions of listeners mean millions of dollars. Will ‘The Lion Sleeps Tonight’ ever deliver its creator his rightful share…?

« Crops & Woods Still Contaminated by Fallout from Chernobyl
He Died of Constipation 1,000 Years Ago After Eating Grasshoppers for Months »