Point Nemo: The most remote location on Earth makes the perfect place to bin a spaceship.

Named after Jules Verne’s sea-going Captain and less catchily known as the Oceanic Point of Inaccessibility – is way out in the Pacific. 1,400 miles from a shoreline, it’s accepted many a dramatic splashdown from the world’s space agencies.

Buried under more than two miles of water is the Soviet-era MIR space station, more than 140 Russian resupply vehicles, several of the European Space Agency’s cargo ships  and even a SpaceX rocket, according to Smithsonian.com.

When Russia’s iconic and enormous Mir station hit the water in 2001, the “Spacecraft Cemetery” became its final resting place. The star-going write off didn’t exactly land gracefully. For starters, ultra hot temperatures on re-entry tend to eat through even the toughest materials. 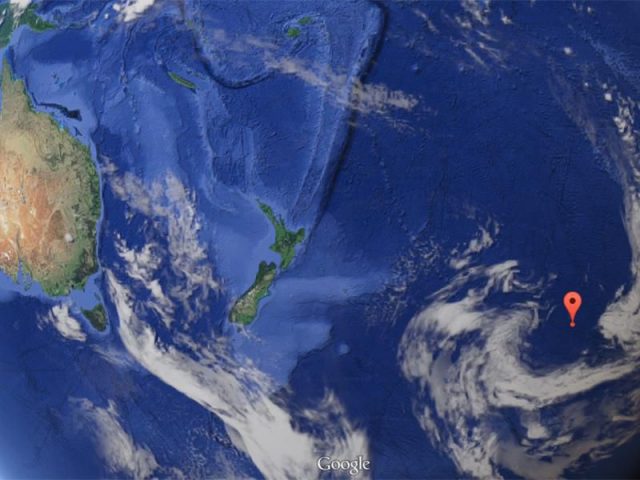 Smithsonian Magazine notes “while the original craft weighed 143 tons, only around 20 tons made it to the Pacific.” According to Gizmodo, writing in 2015, what’s left split into approx 6 pieces.

Russia has the greatest volume of deceased craft in the drink… around 200 items of galactic debris, as reported by Popular Science back in 2016. However with the heavens proving an increasingly crowded place, it’s all relative when the space race is concerned. 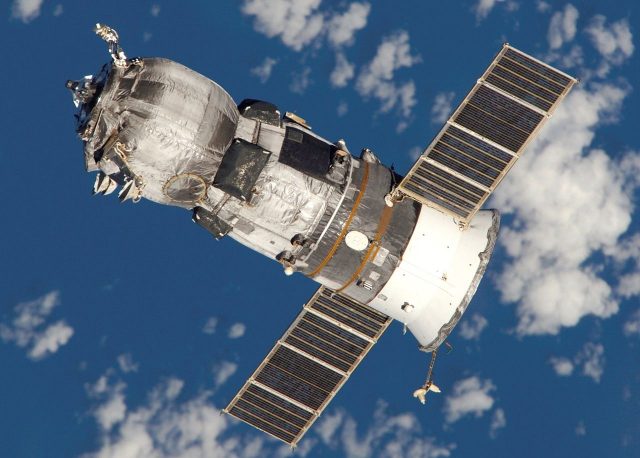 The next heavy hitter to reach Point Nemo will be the International Space Station, with 2028 an estimated time of arrival. And of course the bigger they are, the harder they fall. ISS won’t be carrying its full 500 tons, but it may give local marine life something to worry about.

What else is down there, spread across thousands of kilometres? Popular Science refers to “spy satellites” (though smaller objects like this are typically consumed by fire) and “fuel tanks”, together with “hundreds of cargo ships” for astronauts.

On a science fiction-tinged note, Gizmodo mentions “robotic freighters”. At a depth of 2.5 miles, the Spacecraft Cemetery appears to have plots ready for all. The astronomical operation has been running since 1971. 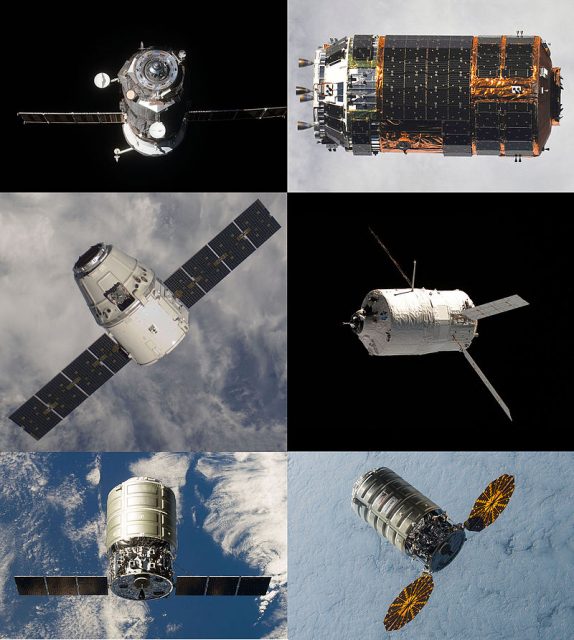 A collage of automated cargo spacecraft used in the past or present to resupply the International Space Station, now all at the bottom of the ocean.

This fantastical starship junkyard is actually surprisingly practical. In perhaps the ultimate expression of old saying “What goes up, must come down”, gravitational forces ensure everything shot into space winds up coming back home eventually, whether people like it or not. So plans must be made for craft and other items to land as far away from human life as possible.

Is Point Nero completely deserted? Gizmodo describes shipping in the vicinity as “relatively light”. It’s down to maritime authorities to let anyone in the area know what’s potentially in store.

How is such a feat of falling achieved in the first place? Gizmodo details the procedure – the relevant country informs Chile and New Zealand about the latest arrival several days in advance. 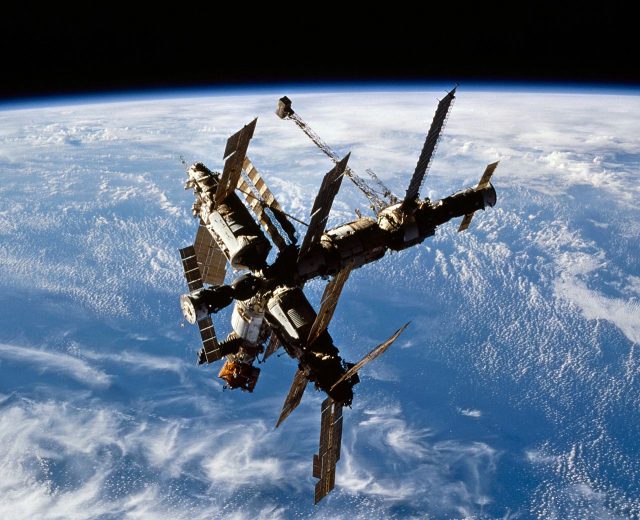 Hundreds of fallen spacecraft line a remote area of ocean

Calculations are made as meticulously as possible, but not everything can be accounted for. A 2018 Business Insider piece mentions that “many space agencies and corporations now build spacecraft with systems to de-orbit them”.

If experts don’t want to bring things quite literally down to earth, they can send ships and so forth in the opposite direction. Smithsonian Magazine writes of the “graveyard orbit”, some 22,000 miles away from the planet.

Here, objects can whirl around in reasonable safety. That said, there’s only so much room in that particular lane before stuff starts colliding.

Point Nemo has also played its role in the fictional universe. The “Jules Verne” was a self-controlling cargo ship that touched down in 2009. Another fantasy author set his page-bound action in the area. Gizmodo writes, “H.P. Lovecraft’s Cthulhu mythos also puts the sunken nightmare city of R’lyeh not too far from Point Nemo”.

The Oceanic Point of Inaccessibility is where the wonder of space travel meets the less than glamorous reality of coming home. It’s perhaps reassuring that space stations, satellites and twisted pieces of metal sink into the cold depths, where they wind up in an environment not unlike where they departed from…

« He Died of Constipation 1,000 Years Ago After Eating Grasshoppers for Months
Meet Tashtyk Man… the 1,700 year Old Siberian Who Hid Behind a Mask »