Mausoleum of Augustus Resurrected in Rome: Set to Open Early 2021

The final resting place of Rome’s first Emperor is opening to the public after 14 years. Built a couple of thousand years ago, the circular Mausoleum of Augustus stands in the centre of the city, close to the River Tiber.

Surprisingly unloved till now, it’s been restored thanks to local investment. Telecoms company TIM have provided the bulk of the money. 137 feet high and 295 ft wide, this concentric structure took 3 years and $17.5 million to bring up to scratch. A sum fit for a ruler indeed! 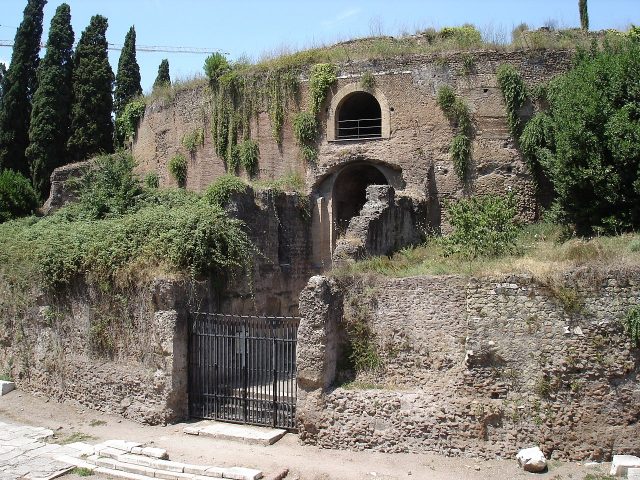 Emperor Caesar Augustus was a long way off dying when he commissioned the Mausoleum aged 35. Yet he had much to crow about, having won the Battle of Actium. The conflict paved a path to power for Augustus, who headed up the Roman Empire as people know it today.

What look like ruins in the 21st century were spectacularly different back then. Atlas Obscura writes the Mausoleum was “originally topped by a conical roof and possibly a statue of Augustus.” Its Hellenistic style is thought to have been influenced by Alexander The Great’s tomb. 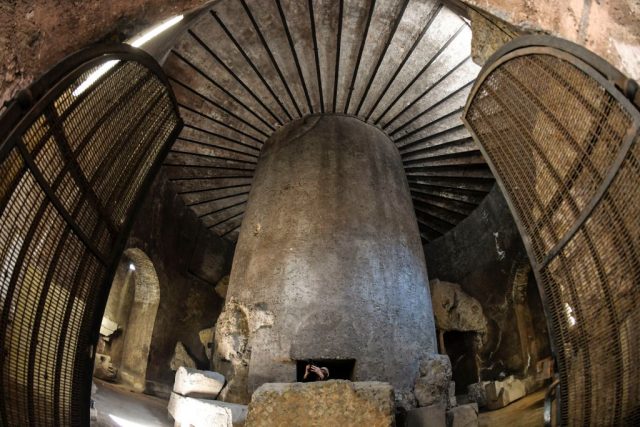 A visitor takes photos of the Mausoleum of Augustus, the biggest mausoleum ever built by the ancient Romans, in central Rome on May 2, 2017 during a press access within the second phase of its archaeological restoration.  ANDREAS SOLARO/AFP via Getty Images

Smithsonian Magazine covered the announcement of the project in 2017. Referring to various sources, it states: “The walls were made of brick covered in shining white travertine (limestone).”

Outside stood the “Res Gestae Divi Augusti”. An inscribed chronicle of the Emperor’s achievements, it’s the mightiest boast in town and set in stone to boot.

Contained within the Mausoleum are chambers, featuring urns from an illustrious dynasty. Joining Augustus’ nearest and dearest are other figures, such as Emperors Vespasian, Nero and Tiberius.

A grand monument to Augustus indeed. However, it wasn’t always sombre and respectful inside the tomb during that period. Parties were apparently held there, according to the Daily Mail. 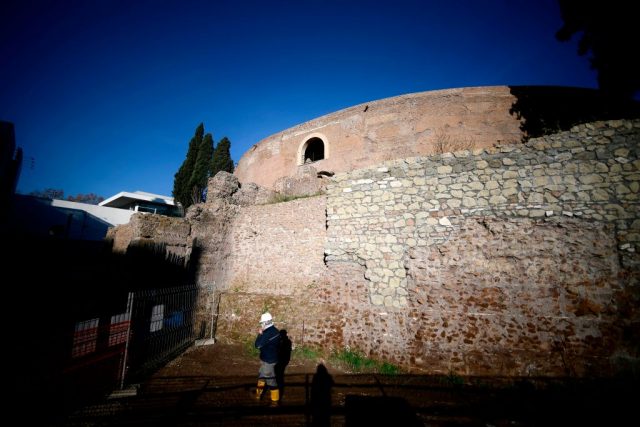 The Emperor finally got to use his creation when he passed away in 14 CE. Augustus’s Mausoleum went on to be used by the military. At one point a fort was built over it, as reported by Atlas Obscura. It also suffered the slings and arrows of outrageous fortune… quite literally, when Visigoths assaulted the structure in 410 CE. On a more sedate note, the Mausoleum once hosted a hanging garden.

Going into the 20th century it became an unlikely concert venue. Rome’s bloody past was never far away – bullfights are known to have been held at the location.

One similarly powerful figure who wanted to resurrect the Emperor’s Mausoleum was Mussolini. The Piazza around the building exists because of the dictator, though the medieval architecture around it was swept aside according to website Wanted In Rome.

Access has been restricted for almost a century. The public were completely shut out in 2007, owing to safety concerns. Wanted In Rome mentions a previous and failed attempt to restore the building, in time for the 2,000th anniversary of the Emperor’s death (2014).

2021 is also a special year, with authorities celebrating the founding of Rome itself. Visitors will be able to pop into the Mausoleum for free until April 21st. It was on this date in 753 BC that twins Romulus and Remus are said to have established the legendary location. 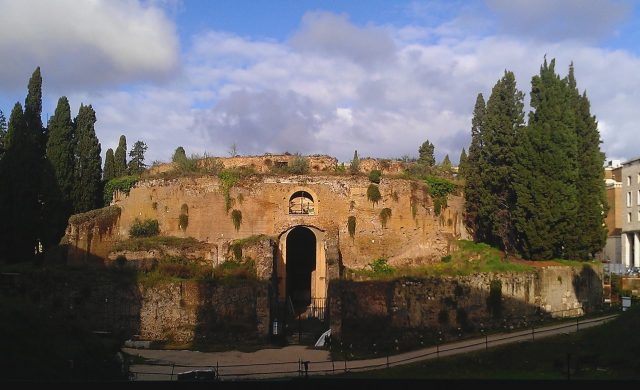 Smithsonian Magazine reported in 2017 that a major part of the operation was removing a vast amount of plant life and general littering. Some archaeological work is referred to, together with the installation of tourist-friendly resources. The Mail writes that a virtual reality tour is in the offing.

Wanted In Rome talks about the knock on effect the Mausoleum restoration should have on central Rome. From this will come “the gradual pedestrianisation of the surrounding area and the relocation of the existing bus terminus.”

Quoted by the Mail, Mayor of Rome Virginia Raggi says: “To reopen a monument like this is a signal of hope”.

By celebrating its rich past, the city is looking to a pandemic-free future…