Remains of Medieval Soldier Found With Sword & Knives in Lake

Medieval crime? Lakes and rivers sometimes act as more than fun places to pass a hot day, dipping in and out of cool water to ease the discomfort of a blazing summer sun. They’ve been known to function as crime scenes and graves, too.

Sometimes criminals dump their victims into deep waters to hide the evidence, so to speak. After all, unless law enforcement officials know where to look, seldom do divers explore an area’s waters just on a hunch bodies might lay on the bottom.

For that reason, a lake can make an excellent cover for a bad guy looking to dispose of his victim. 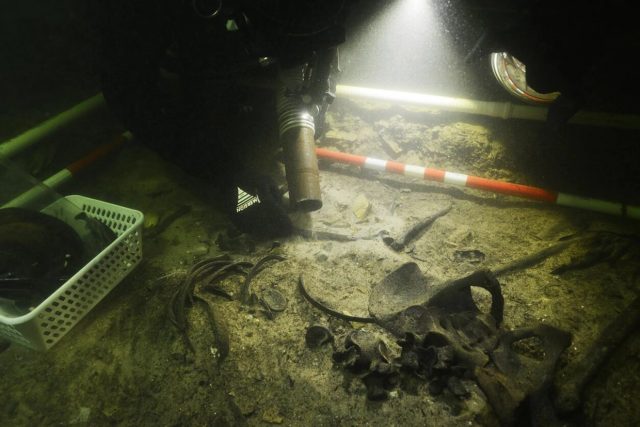 Also, he was still wearing the leather boots he died in. Credit: A. Matiukas

Lakes and rivers are also the places where literally hundreds of thousands of soldiers, perhaps millions of them who participated in the wars that have occurred globally over many generations, have fallen after battle.

In World War II alone, the number of soldiers who slipped beneath the surface of oceans, rivers and lakes across Europe is almost inconceivable; they died and fell into the murky depths, their bodies never recovered.

That was the fate of a medieval soldier whose remains were recently discovered in a lake in Lithuania. Experts know he was a soldier because two knives and a sword were found near the body, all of which were amazingly well preserved, said the archaeologists and divers involved in the retrieval. 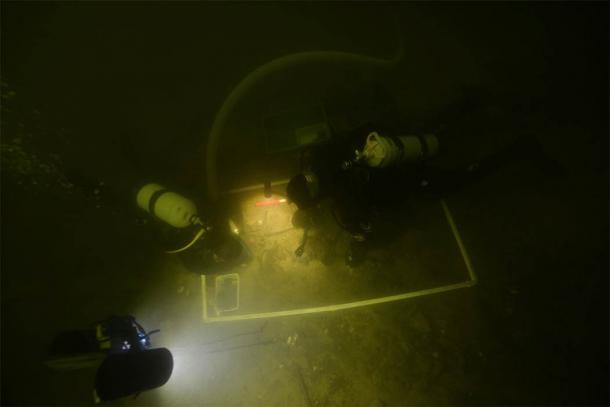 Also, he was still wearing the leather boots he died in, and other leather items were found near the remains, which experts think are straps for the knives.

All this bounty for archaeologists was found nine metres down in Lake Asveja, the largest lake in Lithuania and the source of many other valuable, centuries-old discoveries reports Live Science

It is near the Dubingiai Bridge, located near the ruins of Dubingiai Castle, once an imposing, important structure in medieval Lithuania and vital to the country’s defence against outside threats. 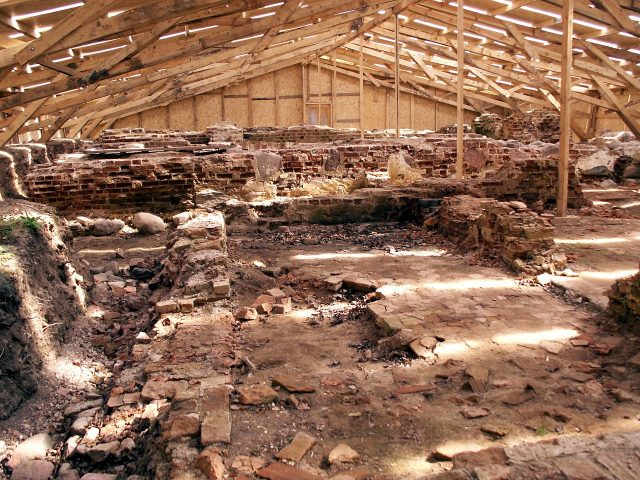 Once the remains, and the relics found alongside them, are restored and properly preserved by the University of Vilnius, they will be put on display at the Lithuanian National Museum.

This discovery is not the first turned up in Lake Asveja; plenty of other items from the 16th and 17th centuries have been found during previous explorations of the lake’s sediment.

Teams have found pieces of broken down boats, a ferry, and even parts of the old Dubingiai Bridge that once stood across the lake. The lake has been explored on and off since 1998, when developments in underwater archaeology equipment made it possible for the sediment to be examined yet left undisturbed.

This find, in particular, is a memorable one, experts say. According to English archaeologist Elena Pranckenaite, “the underwater find, which was not a burial, was unique and the first of its kind in Lithuania.”

However the cause of the soldier’s death has not yet been confirmed, though team members suggest he may have been one of the soldiers guarding the castle hundreds of years ago. It was once part of the Grand Duchy of Lithuania, part of a “dynastic union,” as it is called, with the Kingdom of Poland. 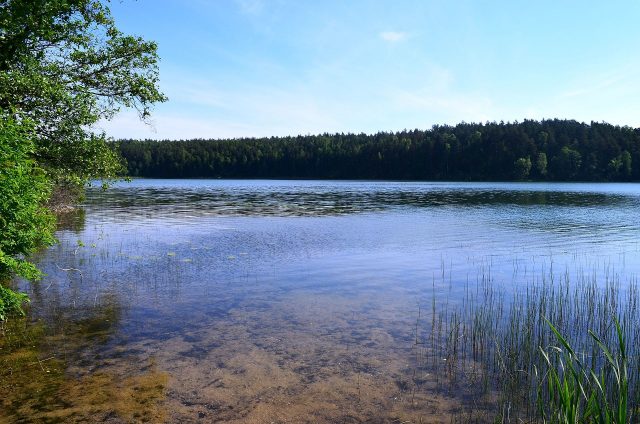 Lake Asveja is the largest lake in Lithuania.

Work excavating Lake Asveja will continue, and experts hope there may be more valuable discoveries awaiting them as divers keep sorting through the deep water.

The soldier’s remains were amazingly well preserved because of the sediment, which seemed to “freeze” the body and its accompanying artifacts in time, revealing even more details about who this young man was.

Are there more like him waiting to be found on the lake’s bottom? Only time, and the hard work of divers and archaeologists, will tell.

« These Stone Age Weapons from the Netherlands, Made from Human Bone
Epic Celebrity Send Offs That Were Both Moving and Surprising »