We tend to think of the United States as the home of all things bright, shiny and new, not a land of ancient cultures and archaeological sites that fascinate history buffs and experts alike.

That’s what happens when one operates on assumptions and misinformation, instead of truths and cold, hard facts – we end up with metaphorical egg on our faces.

In fact, there are several places in America that rival some of the most important archaeological sites in Greece and Rome. Sites that are truly ancient.

Sites that date back thousands of years. Sites that continue to offer insights and valuable information to the folks who study America’s geographic development, as well as the country’s Native populations who lived there long before Columbus crossed the Atlantic from Europe. 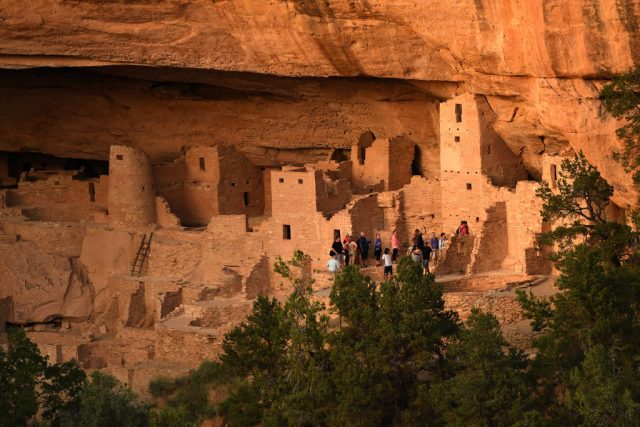 Here’s a quick look at six of the most compelling sites in the U.S., and each one of them offers a unique glimpse into the past for anyone anxious to venture there to hike and stroll along the many winding paths that comprise these territories.

Once travel in the U.S. is unrestricted again, after the coronavirus has passed into our collective history and we feel safe leaving home once more, these spots should be on any travellers’ “most wanted” destinations.

1) Mesa Verde National Park, Colorado: This is probably the most famous of the ancient ruins scattered across America, a series of cliff dwellings established by the Puebloans who were simply trying to stay alive in the extreme climate of the desert. 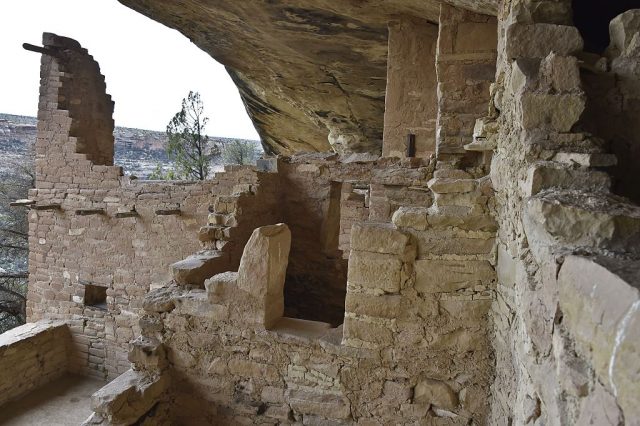 A view of Balcony House, one of the cliff dwellings built by the Ancestral Puebloans at Mesa Verde National Park, Colorado, taken on May 14, 2015. AFP PHOTO / MLADEN ANTONOV (Photo credit should read MLADEN ANTONOV/AFP via Getty Images)

The area dates back from 900 to 1200 A.D., and the sandstone structures can be toured, hiked and even camped in by hardy folks willing to brave the desert climes and see how ancient peoples lived. The site is huge, and deserves at least two days of touring to see all on offer in this amazing place.

2) Chaco Culture National Park, New Mexico: Built between 900 and 1100 A.D., this area once belonged to a thriving mining community that extracted turquoise from the San Juan Basin.

The buildings here were the biggest anywhere in North America until the 19th century, and today’s modern Hopi Indians consider this their true ancestral home. Most areas are open for free touring.

3) Serpent Mounds & Earth Works, Ohio: These structures are in fact ancient burial grounds, each one sculpted in a unique shape called an earth work. Some date back 10,000 years, but today some experts believe these sculptures in fact date back even further, and may have been built around 321 B.C. 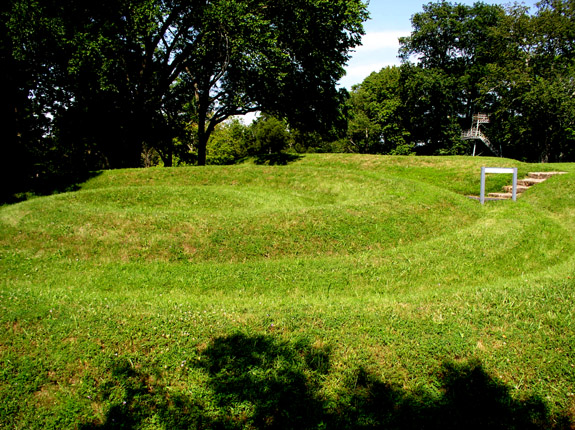 The spiral tail at the end of the Serpent Mound. Heironymous Rowe – CC BY-SA 3.0

4) Mule Canyon, Utah: This area has a system of ruins on a trail in southeast Utah, a four-mile hike along which are some of America’s most dazzling ancient sites.

Although some climbing is involved at various spots along the trail, the hiker is ultimately rewarded with an amazing natural spring at the end, the perfect place to relax, splash on some cold water and stretch out. There are eight sites in total along this famous trail. 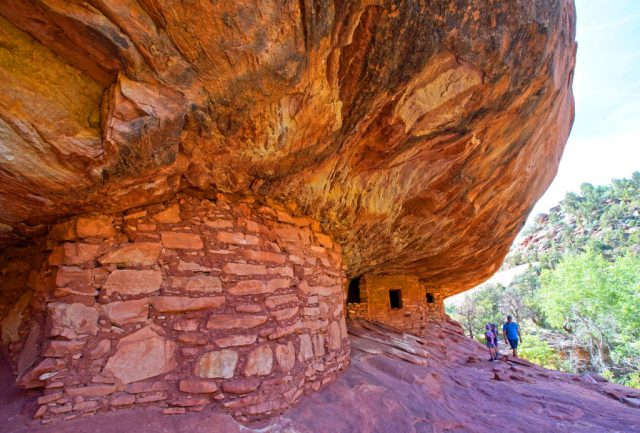 5) Wupatki Natural Monument, Arizona: When a volcano erupted thousands of years ago, in the 12th century, this region’s Native population expanded outward from Flagstaff into the desert.

There are five structures here open to the public, one of which has more than 300 rooms. They’re open for exploring, free to anyone adventurous enough to climb some of the nooks and crannies in each of the ancient ruins. 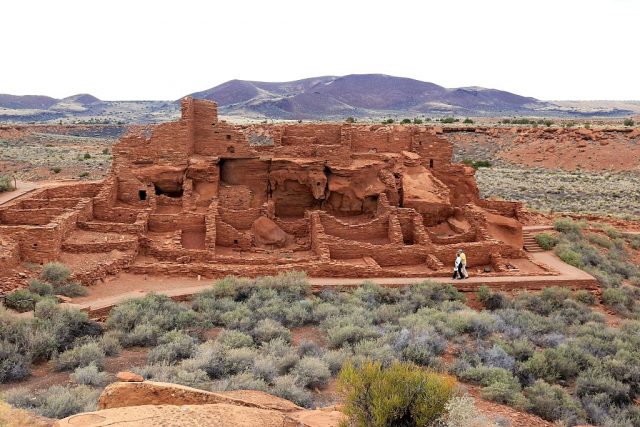 6) Cahokia Mounds Historic Site, Illinois: This was once a thriving economic area that held about 40,000 people, according to archaeologists and other experts.

It was home to the Mississippian culture, which was at its apex in the 13the century. Bodies have been found here among the ruins, indicating it was a burial site as well as a busy metropolis. 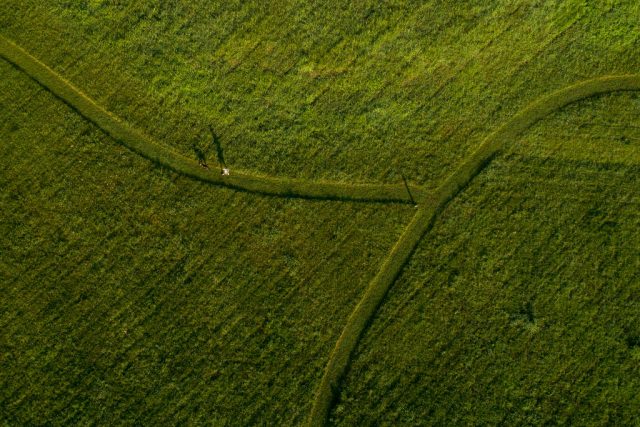 A visitor walks her dog on a path at Cahokia Mounds State Historic Site in Collinsville, Illinois on July 12, 2019. (Photo by Daniel Acker for The Washington Post via Getty Images)

It’s easy to define the U.S. solely by its accomplishments of the last few hundred years as a democracy that has excelled in industry and other achievements.

Another Article From Us: Black Sea Bounty: Shipwreck Found in ‘undiscovered world

But long before all that, before there was the America we know today, there were bustling, thriving communities spread across the continent. They may be gone now, but the remains they left us – and all those remains teach us – are still very much alive.