Ancient Rome Brought Back to Life in 3D – Amazing Work

Rome is one of Europe’s most intriguing places, famous as the “Eternal City” because of its ancient history and profound role in shaping not only Italian history but because it was the heart of the once-mighty Roman Empire.

From Rome, emperors ruled over vast domains, and the city still draws millions of visitors each year who tour the ruins of the city’s formerly grand palaces, temples and other venues.

Many of these spots are crumbling now, but their magnificence and splendour still echo through to the 21st century, as if ghosts of past citizens, soldiers and fighters continue to roam the city’s streets and venues like the Coliseum.

Visiting Rome right now is tricky, because of strict measures implemented to control the coronavirus pandemic. But there is still a way to tour some of those amazing sites, and leaving home isn’t even necessary – the touring can take place from the comfort of home. 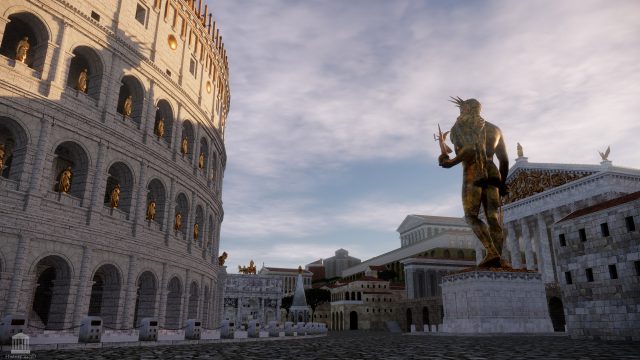 All it takes is an Internet connection and a laptop, thanks to a trio of experts who’ve combined their genius for computer graphics with their love of archaeology and ancient Rome.

This team of professionals from various disciplines, including graphic design and computer imaging, has been working for about a decade on recreating ancient Rome, giving viewers of their 3D videos a glimpse into what life was like all those centuries ago, in places like the Forum and the Coliseum.

Called “History in 3D,” the project brings to life the places and roadways for which Rome is so famous, giving one a “bird’s eye view,” so to speak, of the buildings and thoroughfares that once dominated this ancient city. In 2019, the team devised the world’s first polychrome 3D reconstruction of the Column of Trajan, as well as a series of ancient portraits now in colour.

Their videos are available on YouTube under “History In 3D,” and their latest work offers a sweeping panoramic view of ancient Rome, circa 320 A.D. They’ve recreated the buildings and streets as they once looked, from the city centre then outward, and the detail, colour and accuracy of the images are breathtaking.

The team behind the videos is truly international, but ironically none are based in Rome. All the work is done in their imaginations, then translated to the computers by expertise and technology. The team leader is Danila Loginov, who founded “History in 3D” in 2011, and who resides in Serbia, with two other individuals, one based in Seoul, the other in Russia.

A common goal they share, their website states, is a desire to “touch the past” and make it relevant and vibrant to modern viewers, teaching audiences about the importance of ancient Rome and other historical sites and times.

Their most recent video takes viewers on a tour of the Baths of Trajan and its library, along with several other key sites of the ancient city. 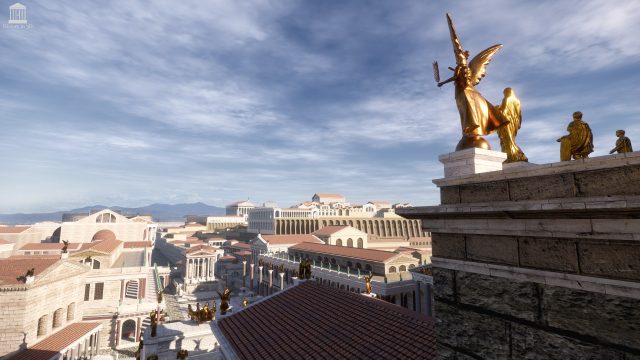 Seeing sites of ancient Rome as they were once is a fascinating way to begin understanding the evolution of the city, and how its citizens worked and lived within its massive buildings and other landmarks.

In the videos, what we understand today as the ancient ruins of Rome come alive, fully vibrant and whole. Viewing these clips is like taking a trip back in time, to a period in history when emperors ruled. The vistas are magnificent in detail and design, and the team deserves kudos for bringing the period to vivid life and you can also see more of their work on their Facebook Page

Another Article From Us: ‘Gateway to hell’ Discovered in Cave with Hundreds of ‘anti-witch marks’

Folks cannot visit Rome right now, but these videos offer the next best thing – a glimpse of the city as it once was, and the glorious sites that are waiting once coronavirus restrictions are lifted, a day that is now, with the arrival of vaccines, not too far in the future.

« Mount Padang Has Many Secrets: What’s Beneath Its Surface Astounds Scientists
The Greatest Archeological Looter Has Finally Been Caught »