One of the Best Preserved Elizabethan Gardens Discovered

Archaeologists near Birmingham, England have found a beautifully-preserved Elizabethan garden in the grounds of a former manor.

There aren’t any plants of course – the ornamental spectacle dates to the 16th century, so anything green has long since withered. However what remains gives experts a rosy glimpse at life in a Elizabethan country garden.

As the team’s press release says, the find is “Warwickshire’s answer to Hampton Court” and has been favorably compared to other such locations. 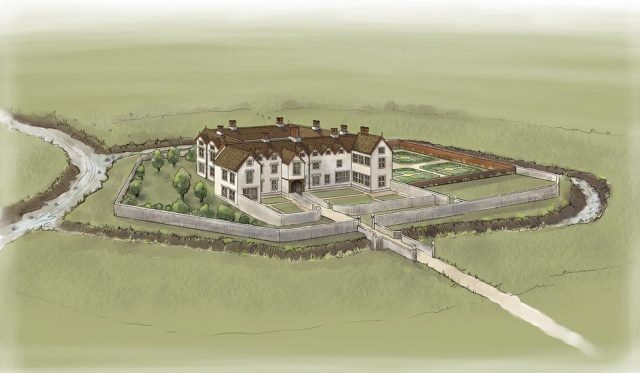 A reconstruction of the Elizabethan manor. Credit: Wessex Archaeology

The manor lay in the market town of Coleshill and was initially spotted from the air. Archaeologists working as part of the long-gestating HS2 (High Speed 2) travel project noticed the building’s outline, plus an octagonal moat, and swooped in to investigate.

A grand structure, or what’s left of it, is a fascinating enough discovery. What wasn’t expected was “one of the best-preserved Elizabethan gardens ever found in England”, as written by Smithsonian Magazine.

Covering approx 1,000 ft, the garden doesn’t exist in any records. The area is situated to the east of where the HS2 line will run.

What would visitors taking a stroll around the grounds have seen back in the late 16th century? Gravel paths, plantings beds, pavilion foundations and geometrically-arranged ornaments are strongly in evidence, as described in the press release. 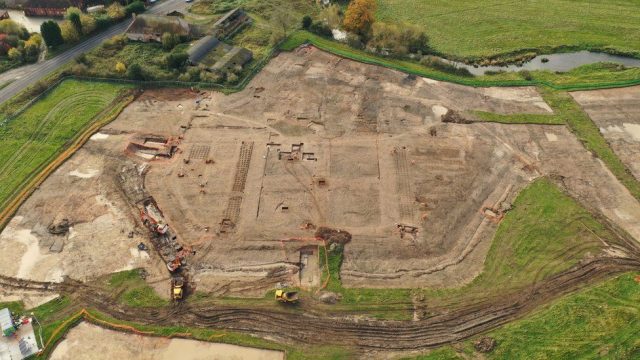 The team offered a free webinar in late January, where they shared their findings. Project Officer for Wessex Archaeology Stuart Pierson explained via the release how trench evaluation work uncovered the gardens. This is where trenches are dug in a small section of the site to assess its potential for historical goodies. 35 experts worked on the site over a period of 2 years.

Gardens are usually full of plants, but also objects dropped by various people over the years. Coins, pipes and even musket balls were found in the vicinity, helping to form a picture of a rich Elizabethan’s day.

Which wealthy individual created the garden in the first place? That would be Sir Robert Digby. His union to an Irish heiress in the 1590s meant he was going up in the world. And Coleshill Hall, as it was known, appeared to trigger an impulse for extravagance.

The team’s statement says the house was constructed in “the modern style”. Not just bricks and mortar but flora and fauna as well. He wanted “huge formal gardens… to show off his new wealth and status.” 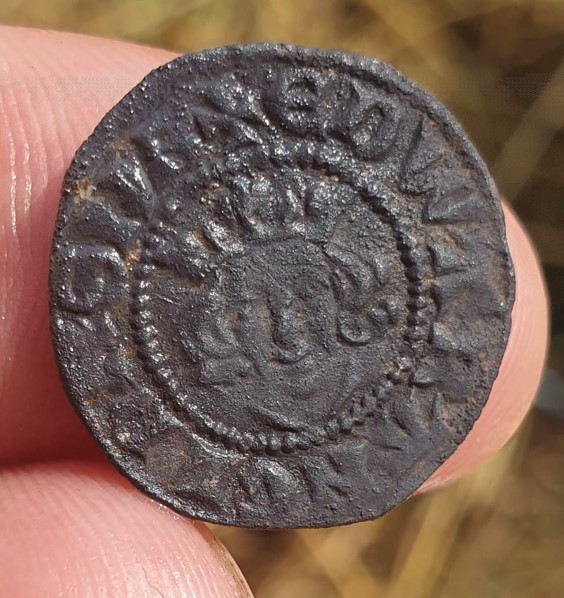 13th Century coin found within the moat on the site of Coleshill hall. Credit HS2

He acquired the property in dramatic and violent fashion. The previous occupant, Earl of Leicester Simon de Montford, was part of an attempt to dethrone Henry VIII in favor of one Perkin Warbeck. Thinking he was the Duke of York, Warbeck figured he should rule England.

It all ended badly, and that’s an understatement. Warbeck was sentenced to hang, but a worse fate awaited his supporter. As stated by British History Online via Smithsonian Magazine, de Montford was hung, drawn and quartered.

There was reportedly a feud between the Digby and de Montfort families, one that came to a horrifying conclusion. 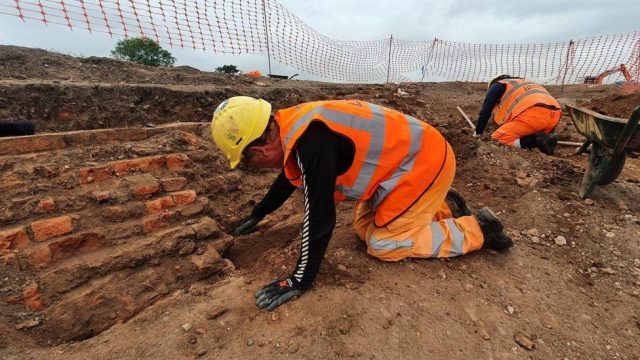 Archaeologists have been on the site for two years. Credit: HS2

The garden grew out of this gory scenario. Though the site encompasses half a century’s worth of medieval treasures, according to Pierson. He refers to the find as “a once in a career opportunity”.

Smithsonian Magazine mentions possible 14th/15th century elements, not least of which is a sizeable gatehouse. Going even further back in time, burnt stone mounds by the River Cole are thought to be nearly 4,000 years old. These are from the Bronze Age and comprise an ancient water heating system.

Wessex Archaeology are working for LM (Laing O’Rourke and J. Murphy) on the excavations and other history hunting tasks.

The fact such a stunning development lay undiscovered for so long surely gives archaeologists encouragement for the future of their endeavors. Even in turbulent times, magical discoveries like this can be made. Who knows, maybe flowers will grow again in Sir Robert Digby’s slice of paradise…