It’s definitely that of an ancient Christian and worthy of respect. But Catholics hoping the sacred skeleton fragment, housed at Santi Apostoli Church in Rome, might bring them closer to the Lord are surely disappointed today.

A group of experts from Denmark, the Netherlands, the UK and Italy put the femur through some rigorous tests, via a process called Archaeometry. This multi-faceted approach to studying relics included radio carbon dating, where the bone was dated to between 214 – 340 AD. 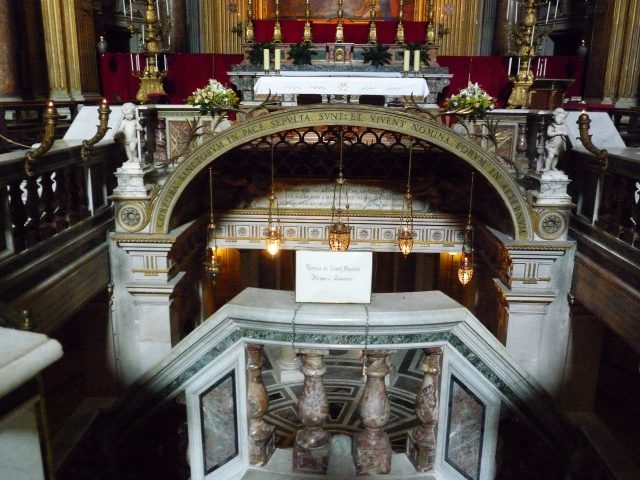 Impressive stuff. Yet St James – also referred to as James the Less – reportedly perished in AD 60. He’s believed to have met his end either by stoning or crucifixion in the ancient city of Ostrakine, according to modern day coverage reports the Daily Mail. 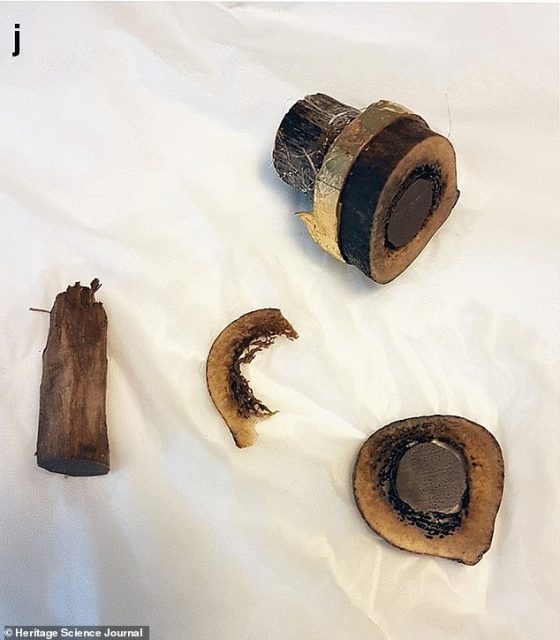 The alleged femoral bone of St James was dated between AD 214 and 340. Credit: Heritage Science Journal

Was he brother to the Son of God? Many are convinced by the records. The Mail goes on to mention the different sources, one of which is the New Testament. Much revolves around what is meant by “brother” in the first place. Experts state it refers to a confidant rather than a blood relative.

Other sources point to a more direct connection. Jesus’s earthly parent Joseph had a previous wife, according to “apocryphal writings”. Her name was Melcha and she gave birth to James, making him a possible half brother to our Savior. 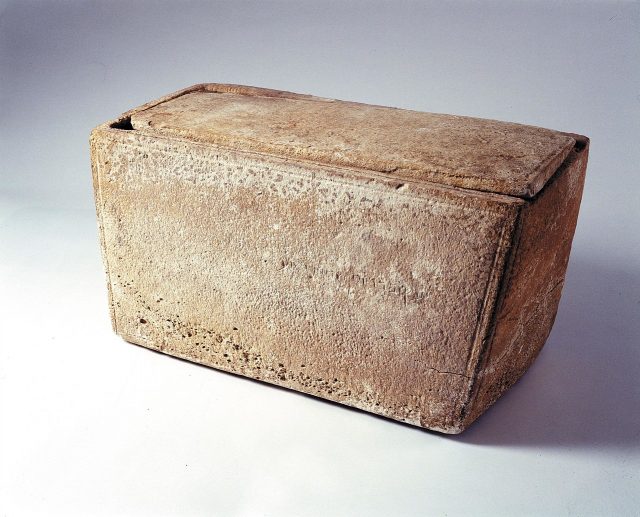 The James ossuary was on display at the Royal Ontario Museum from November 15, 2002 to January 5, 2003. Credit: Paradiso

The dramatically-titled – and heretical – ‘First Apocalypse of James’ from the 5th century reveals Jesus imparted wisdom to his supposed relative, though ambiguity remains over his description as a brother.

Fast forward in time to 2002 and the existence of the James Ossuary. An ancient chest regarded by some to be fake, it bears an inscription confirming James as the Son of God’s brother. Taken to court on forgery charges, the owner was ultimately found innocent.

The martyr’s femur was displayed on a wooden peg with gilded ring at the church, built partly in St James’ honor during the 6th century. For the past half century or so the church has been run by the Franciscan brotherhood.

Southern Denmark University (SDU) played a key role in the study, published in the Heritage Science journal. In their statement, they outline how Christianity emerged from the shadows following a declaration from Constantine the Great.

Christians then went to ancient grave sites to recover bones thought to belong to St James and others. These would be placed in new and special surroundings befitting their status. The business of relocation was named “translation” and is presumably behind bones appearing at Santi Apostoli.

Also on display are the tibia and mummified foot of St Philip. He too appears to have died in AD 60. The grisly lowdown is provided by the Mail, who write “some accounts say he was crucified upside down”, whereas others claim he was “beheaded” or “stoned to death”. On a more reassuring note, natural causes is another option.

The bones said to be St Philip’s haven’t been verified, as they are unsuitable for carbon dating.

Writing in Heritage Science, the team – led by Prof Kaare Lund Rasmussen of SDU – wanted to examine the church structure as well as its contents.

The piece describes a high altar construction featuring oil remnants and some ceramic. These were dated and found to be “consistent with a translation of the relics following the erection of the church at the time of Pope Pelagius I in AD 556–561.”

Quoted by SDU, Prof Rasmussen thinks the discoveries shine “a rare flicker of light on a very early and largely unaccounted for time in the history of early Christianity.”

With St Philip’s bones unable to be analyzed, questions over his remains lie unanswered. Science dictates that St James is sadly not part of Santi Apostoli. Might the skeletal evidence be found elsewhere? And if they do exist, who exactly was James the Less to Jesus Christ…?

« Dyatlov Pass Mystery: Have Scientists Finally Unraveled the 60-Year Mystery?
Rock Collected by The Last Men to Walk on the Moon is Now in the Oval Office »