Aizanoi: An ancient jug containing hundreds of Roman coins has surprised archaeologists in Turkey. The vessel with its silver payload was found buried next to a stream in Kütahya province. Here lie the ruins of Aizanoi, a historic city.

Prof. Dr. Elif Özer describes it in a statement as “the most special silver coin find of recent times”. The jug and its contents were in excellent condition. 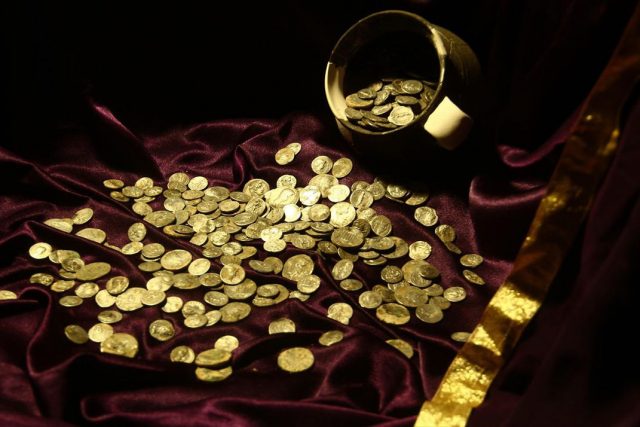 Dated to between 75 and 4 B.C., the coins bear the images of Roman emperors and politicians, including Julius Caesar, Marcus Brutus and Mark Antony. Credit: Pamaukkule University.

651 items of currency were found in total, dating to between 75 – 4 BC, as reported by Live Science and other outlets. 3 terracotta plates were buried with the jug – experts presume this was to hold it in position.

What makes it so special? The faces and imagery depicted on the coins. Referred to by those in the know as a coin album, it represents a financial snapshot of the Roman Republic. Specifically the late period before it became a legendary Empire ruled by Augustus.

The album was actually discovered in September last year. While Coronavirus has impacted on archaeology in many ways, this time it gave experts the excuse to sit down and analyze the haul.

It’s made up of 439 denarii and 212 cistophori. Denarii were apparently worth 10 asses back in the day…a lot of donkey work would be required to earn that sum! Cistophori meanwhile hailed from the city of Pergamum in Turkey’s north west. 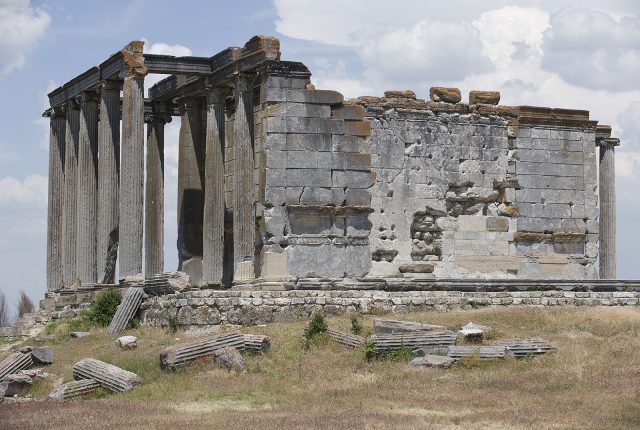 Whereas that place was Greek, the coins themselves were minted over in Southern Italy. Intriguingly, one of the pieces is a fake – albeit a historical one, as mentioned on the Pamukkale University website.

Dr. Özer works for the University. She believes the jug was buried at Aizanoi by “a high-ranking soldier”, as told to Smithsonian Magazine . Why would a military man do that? He certainly had his reasons, though what they were will probably never come to light.

Famous faces from the Roman era cast in silver include Mark Antony and Caesar. Shakespeare helped immortalized them in ‘Antony and Cleopatra’. The central romance paved the way to the formation of the Empire. The Bard also wrote ‘Julius Caesar’. His murderer Brutus features on the coins.

On one of the coins is a scene from Virgil’s ‘Aeneid’, an epic poem in Latin telling the story of Trojan Aeneas. He carried his father Anchises on his back. Perhaps those making purchases in ancient times marveled at this and other mythological sequences while doing their shopping.

Aizanoi has provided rich pickings, revealing its ancient secrets to archaeologists. Referring to 2020 coverage in The Daily Sabah, Smithsonian Magazine writes: “Other artifacts discovered at the site include 1,000 Roman stones and sculptures and traces of a settlement dated to 3000 B.C.”

It’s the site of “the best preserved Zeus temple”, noted by Pamukkale University. They write the ruins of Aizanoi are on UNESCO’s World Heritage Tentative List from 2012.

The Aizanoi Penkalas Project is a major maritime plan to put tourists on the water. Boarding a riverboat, they will view ruins through the eyes of Roman voyagers. The jug was unearthed as part of ongoing explorations that have been taking place since 2011.

Pamukkale University mentions the appearance of Mehmet Nuri Ersoy, Turkey’s Minister of Culture and Tourism, who opened a display of the coin album at Ankara Anatolian Civilizations Museum.

Lockdown has underlined the importance of home and national identity more than ever. World governments see archaeology as playing a substantial role in this, Egypt being a key example.

As Smithsonian Magazine writes, an in depth piece on the find will be published by
Dr. Elif Özer and colleagues in due course.

Money talks, and it was particularly loud in Ancient Rome. It’s hoped the high profile discovery will engage people with ancient history…