What happens when particle physics meets the Amelia Earhart mystery?

If that sounds complicated, don’t worry – basically a section of fuselage, said to be from her Lockheed plane, is being explored using nuclear power.

The pioneering aviator has been missing presumed dead for over 8 decades, since disappearing with navigator Fred Noonan over the Pacific during a round the world flight.

Back in 1991 Ric Gillespie – expert on the Earhart case and founder of The International Group for Historic Aircraft Recovery (TIGHAR) – discovered the section, or patch, on the Pacific island of Nikumaroro. A storm had brought it there.

Nikumaroro lies approx 300 miles from Howland Island, where Earhart and navigator Frederick Noonan were supposed to be headed before all contact was lost. 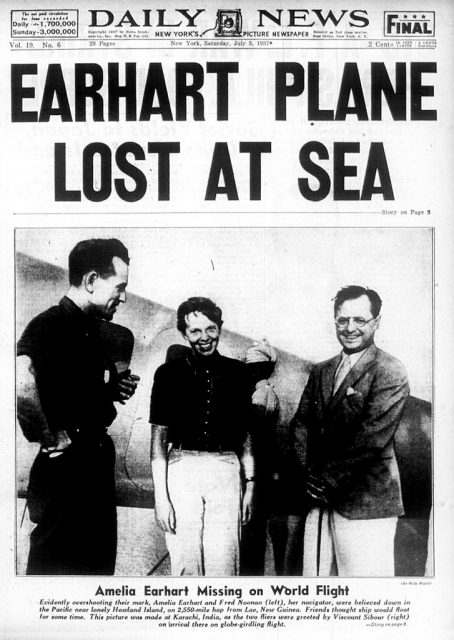 Flash forward to the 21st century. Daniel Beck was checking out a documentary with his 11 year old son late last year, as mentioned by Penn State University.

The doc was ‘Expedition Amelia’, where Gillespie’s find was mentioned. Quoted by Penn State News, Beck was struck by the show’s conclusion that “maybe, in the future, there will be technology to better examine the clues.”

He added: “And I realized that technology exists. I work with it every day.”

Beck works as a manager for RSEC (the Penn State Radiation Science and Engineering Center). The view from his window no doubt includes the state’s Breazeale reactor. 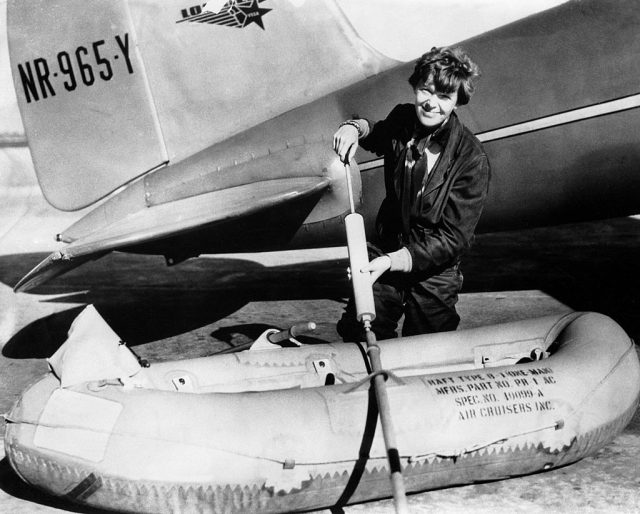 UNITED STATES – JANUARY 01: Before beginning her flight around the world, the pilot Amelia EARHART pumped her inflatable lifeboat, from the equipment of her plane FLYING LABORATORY with which she set off to go around the world. (Photo by Keystone-France/Gamma-Keystone via Getty Images)

Reaching out to Gillespie and boss Kenan Ünlü, he wanted to lend his talents to the ongoing Earhart saga. Ünlü reportedly took a little convincing, but he and Beck went to work devising an approach to analyzing the patch.

In the end two approaches were taken. Neutron radiography was the first. Comparable to a super-charged x-ray, it involved putting Earhart’s patch against a digital imaging plate and hitting it with a neutron beam.

As described by LADbible and others, minute or eroded details seemingly washed away by tons of saltwater might be visible via this method. Paint remnants or even a serial number are mentioned as possible things to look out for. The beam is obtained from the Breazeale reactor.

Neutron Activation Analysis, or NAA, is the second tack. According to LADbible the process will “release specific energy gamma rays” to investigate the patch material in microscopic detail.

Ric Gillespie is fairly convinced his find is the genuine article, dating from Earhart’s second world flight attempt. The section “matches a patch that was installed on the Earhart aircraft when she was in Miami, Florida” Gillespie reveals, quoted by LADbible.

Gillespie believes “the type of aluminum, the thickness of the sheet”, not to mention “the type and size of the one surviving rivet” makes it a dead ringer for the Lockheed Electra. 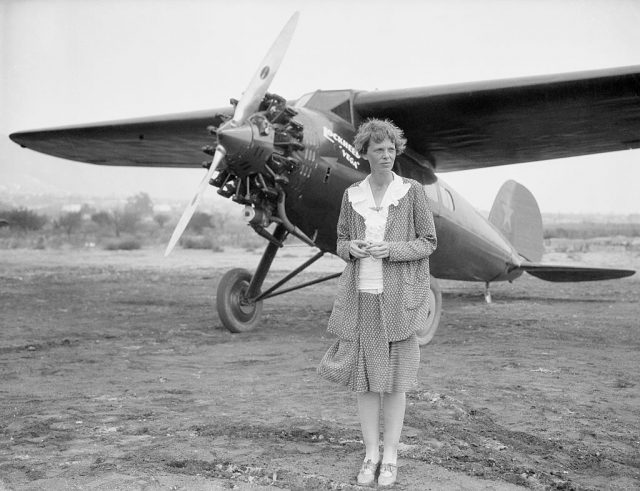 Did plane wreckage get broken up in the storm that carried it to Nikumaroro? The
metal was certainly flexed according to Penn State News. There’s also evidence of blows along the edges, suggesting someone went at it with an axe.

Popular Mecahnics writes the nuclear-powered analysis should “match the ongoing genetic testing scientists were doing on suspected Earhart remains” from 2019. As covered by Penn State News, a mystery skull fragment kept in a Pacific museum storage room appeared to have an Earhart connection.

Other finds include a skeleton on Nikumaroro in 1940. This was lost but reportedly measurements proved encouraging.

The investigation team don’t claim to have definitive answers. Beck explains to Penn State News his aim is to fully explore the patch.

Assorted theories come via those claiming to know what happened to Earhart and Noonan. From being captured by the Japanese to just plain getting stranded, the stories only increase the sense of mystery.

One states Earhart became the voice of Japan’s radio propagandist “Tokyo Rose”. Another that she made it back home but changed her identity!

Another Article From Us: Astronaut Alan Shepard’s Golf Ball Found on the Moon!

Beck, Gillespie and co are giving a full report in Spring 2021, according to Penn State News. They’re teasing that something has been discovered. Conclusive proof of Earhart and Noonan’s fate? Talk about reaching for the sky.