The ‘Bridgerton’ star has signed up for his first major Hollywood role in ‘Dungeons & Dragons’. News was broken by The Hollywood Reporter (THR).

Based on the popular tabletop game, Page will share the screen with Chris Pine (‘Star Trek’, ‘Wonder Woman’), Michelle Rodriguez (‘Fast & Furious’) and Justice Smith (‘All the Bright Places’). 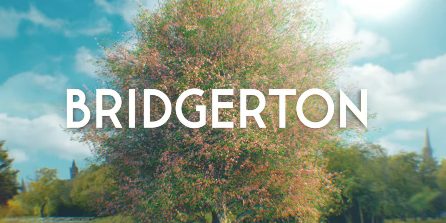 No details have emerged about plot. But THR summarizes the combination of “war games, treasure hunts, campaigns, camaraderie and reversals of fortune” which characterize ‘Dungeons & Dragons’.

They add the game involves “humans, elves, orcs and hundreds of other creatures”, giving audiences some idea of what to expect.

Players roll a multi-sided dice, something writer/director team Jonathan Goldstein and John Francis Daley can’t rely on for a movie version. However they did previously make comedy ‘Game Night’ (2018). Probably a good start! 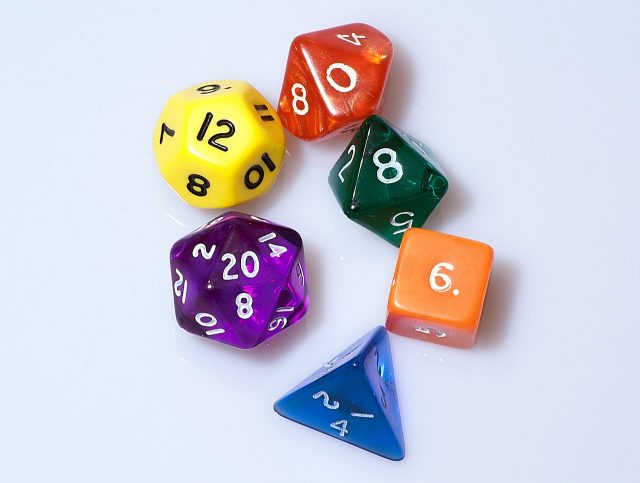 Paramount Pictures will co-produce and release the film, alongside Jeremy Latcham and Brian Goldner. They represent studio eOne and Hasbro respectively. Hasbro are parent company to Wizards of the Coast, publishers of ‘Dungeons & Dragons’.

The game was originally created by designers Gary Gygax and Dave Arneson in the early 1970s. Tactical Studies Rules, Inc (TSR) published it between 1974 – 1997.

A cartoon series of ‘Dungeons & Dragons’, co-produced by Marvel Productions, ran for 3 seasons (1983 – 85). It differed from the tabletop version, with characters entering the game universe through a theme park ride.

The diminutive character of Dungeon Master was introduced. He replaced humans responsible for organizing play in the real world!

Meanwhile 1982’s ‘Mazes & Monsters’ was a TV movie starring then-unknown Tom Hanks. Based on the novel by Rona Jaffe, it was partly inspired by the James Dallas Egbert III case. ‘Dungeons & Dragons’ supposedly led to him going missing. These reports were inaccurate but Jaffe saw a story in there.

In 2000 an official ‘Dungeons & Dragons’ movie was released. Starring Jeremy Irons, Marlon Wayans, Thora Birch, Justin Whalin and Tom Baker, it flopped at the box office. 2 sequels were shot, one for TV and the other a home release. 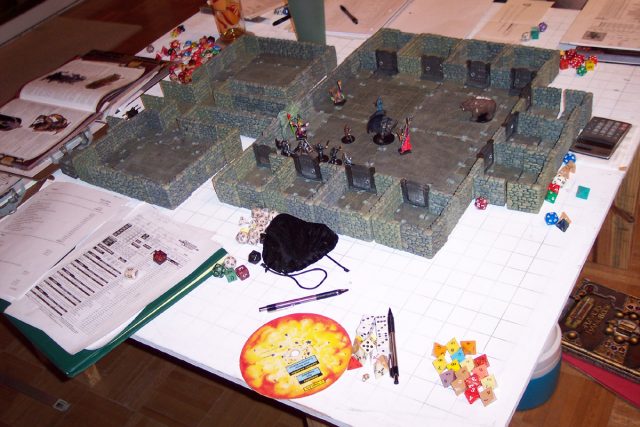 An elaborate D&D game in progress. Among the gaming aids here are dice, a variety of miniatures and a dungeon diorama. Philip Mitchell – CC BY-SA 3.0

Seemingly old hat, the game has kept on going in the digital age. According to a 2019 report in The Guardian, 40 million people go on adventures with the much-loved brand.

The 21st century Dungeons & Dragons “offers modernised and simplified rules,” the source states “but the basic idea remains the same”. The old school fun is “nerdy, quaint and there is some maths involved.”

Its retro-style inclusion in ‘Stranger Things’ has been identified as part of recent interest.

The role is a major step up for Regé-Jean Page, who shot to fame as the Duke of Hastings in ‘Bridgerton’. Debuting on Christmas Day, the Netflix Regency saga is based on novels by Julia Quinn and produced by Shonda Rhimes.

It’s been praised for presenting an alternate history where people of all colors and creeds live side by side. Variety describe it as “a water cooler sensation”, though presumably a socially distanced one.

Page is now a rising star, together with Phoebe Dynevor who plays Daphne Bridgerton. Both have been nominated for a Screen Actors Guild Award. Page’s name is connected to the next James Bond. He appeared in drama ‘Sylvie’s Love’ with Tessa Thompson last year and is set to host ‘Saturday Night Live’.

Another Article From Us: 6,500 Medieval Coins and Gold Rings Found in a Field

‘Dungeons & Dragons’ has a release date of May 2022. Will the long-established fantasy game finally make the leap to big screen success…?