Lou Ottens, the man who made countless car journeys more entertaining by inventing the cassette tape, has died aged 94.

The quick-thinking Dutch engineer wasn’t impressed by cumbersome reel to reel decks, so decided to shrink things down. Quoted by NRC Handelsblad, he said the move was borne “out of irritation”. His decision changed listening habits forever. 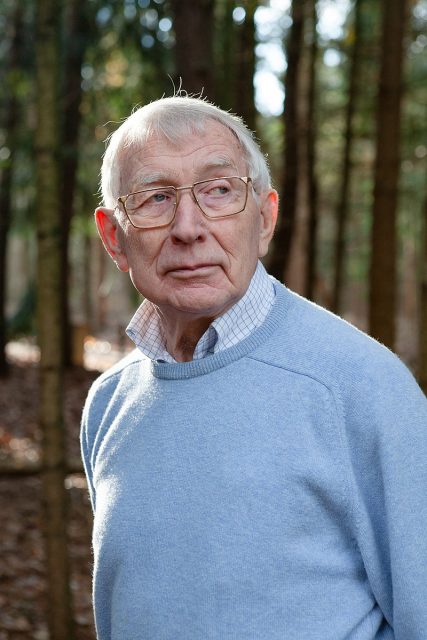 The early 1960s saw the compact cassette with its plastic casing debut at the Berlin Radio electronics fair. It was billed using the slogan ‘Smaller than a pack of cigarettes!’

In a sign of the times he created “a wooden model made to determine the ideal size” when developing the idea, according to the Dutch News website. Inspiration for the famous cassette came from the Philips EL 3585, a portable reel to reel device and another product from Ottens and Co. 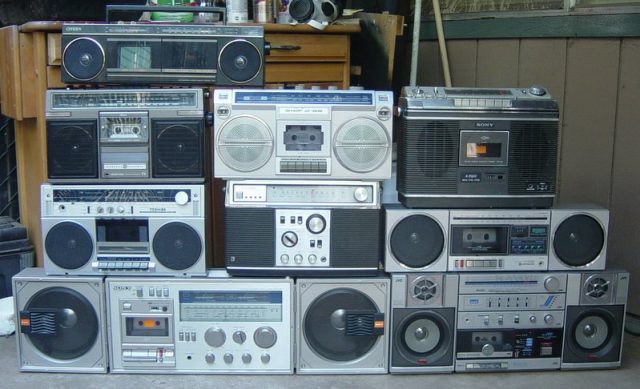 An assortment of radio-cassette players, aka “ghetto-blasters” or “boomboxes”. Tom Meyer – CC BY 2.0

Born in the village of Bellingwolde, the aspiring young engineer built a special radio so he could tune into broadcasts blocked by the Nazis. He joined Philips in 1952.

Despite being credited as inventor of the cassette, Ottens stressed he was part of a team. At the time Ottens was head of product development at Philips Hasselt, a company he spent most of his working life at. He eventually became Director.

Ottens patented the format as other manufacturers tried to get in on the act. Working with Philips and also Sony, his design was “confirmed as the patented cassette,” writes BBC News “after a number of Japanese companies reproduced similar tapes in a number of sizes.” 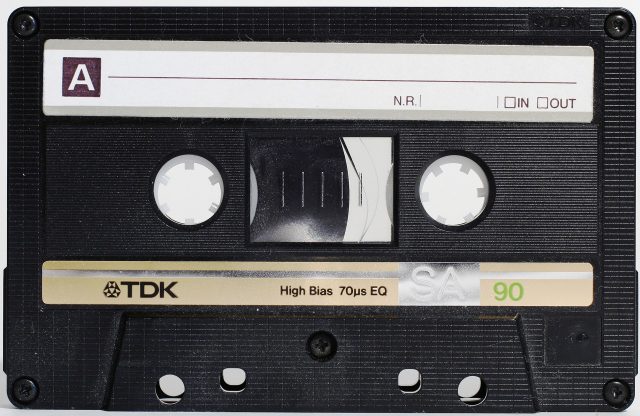 Crucially the deal included both the cassette and the player. To use one, customers needed to buy the other.

The new system didn’t catch on too swiftly in the USA. Rolling Stone reports that Americans “would remain tethered to the 8-track cartridge for about another decade until Sony’s Walkman revolutionized the portability of music”. Ottens expressed frustration that Sony produced the Walkman and not him!

As reported by BBC News, approx 100 billion cassettes have been sold over the past 60-odd years. And the 21st century has embraced the format. Surprisingly, UK sales rose by a whopping 103% in the first half of 2020. These figures are from the Official Charts Company, covered by the BBC.

The renewed interest means artists such as Lady Gaga are now available to listen to in all their hissy, crackly glory. Fans may need to keep a pencil on standby to wind back the tape should it become mangled!

Another much-loved feature of the cassette is the legendary mixtape. Passed between friends and lovers, people could assemble a selection of their favorites to capture a certain mood or just share their tunes. In an era before downloads, streaming and shuffling, the mixtape formed a key chapter of 20th century musical enjoyment.

Ottens was also involved in bringing the CD to mass market. He believed it delivered ultimate sound quality and dismissed modern day enthusiasm for cassettes. In 1988 he took the role of Chairman at the Dutch Association for Logistics Management. 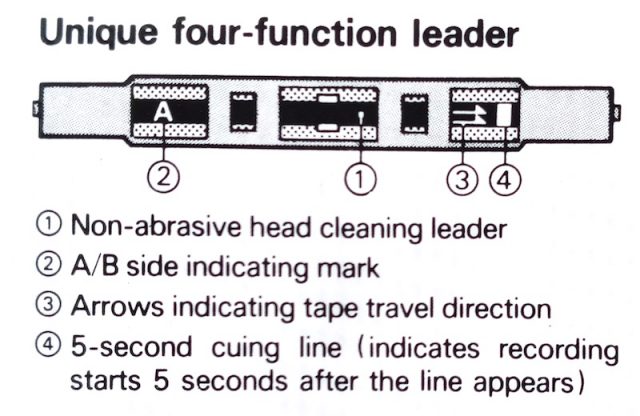 He passed away in Duizel, the village where he lived. The sad news was released on Tuesday via his family.

Tributes have been posted on social media. The Grateful Dead tweet that without Ottens “the community would not be what it is today. Thank you and fare thee well.”

Musician Billy Bragg tweets, “if you were into music in the late 20th century, you will definitely have come into contact with his brainchild.”

“Will need to fire up some old Maxell XLII 90s in his honor” tweets Denver Post Managing Editor Matt Sebastian.

Another Article From Us: Jewels That Changed History: Five Gems That Became Famous – and Infamous

“Lou made it possible for music to be taken with us anywhere we went and inspired generations… RIP” tweets RAP TV.  Lou Ottens 1926 – 2021. RIP.