A top secret Russian aircraft dubbed the Doomsday plane has been plundered. The story could have come straight from the pages of spy fiction. The reality however might be a little more humdrum, though no less interesting!

39 items of radio equipment worth a reported $13,600 were taken from the Ilyushin-80 through the cargo hatch. Inspectors at the Beriev Taganrog Aviation Scientific and Technical Complex – in southwest Russia, where the plane is undergoing maintenance – noticed the break in and 5 radio boards are also gone, according to BBC News.

In the event of a nuclear strike this windowless vehicle would fly President Putin and others out of the danger zone. It’s one of four Airborne Command Posts protecting the Kremlin.

News was released earlier this week by the REN-TV channel. Over on another outlet, Moscow Times describes the Beriev Aircraft Company as “a struggling state-controlled enterprise”. An inspection last took place on 26th November says the BBC. 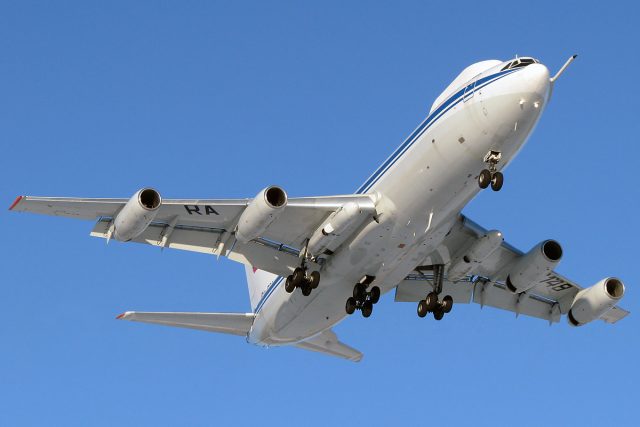 Russia’s Interior Ministry are looking into the burglary. Serious questions are hanging over security measures. As written by the Times, experts say this is “no ordinary incident”. The web publication mentions REN-TV’s report that “officials” could have been mixed up in the crime.

Despite being a fiercely-guarded state secret, some facts are known about the Ilyushin, or Il-80. It contains “everything necessary to control the armed forces, while also accommodating high-ranking passengers”, according to CNN. 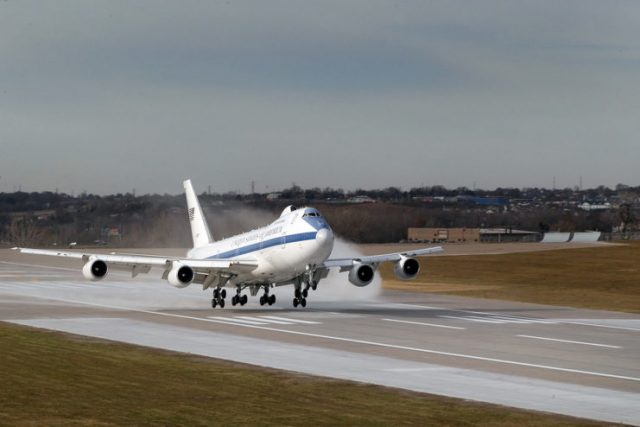 The US use a similar system with a fleet of four E-4Bs Doomsday aircraft,

The BBC writes that from this sky high HQ the President and his team can “order the launch of intercontinental ballistic missiles and make other strategic decisions.”

There are no views of the clouds from this powerhouse plane. With a nuclear blast capable of blinding any unfortunate onlookers, the aircraft is effectively a capsule. Naturally the pilots need a windshield up in the cockpit but aside from this occupants cannot see out.

CNN reports the Il-80 can remain in the air for days at a stretch, making it a self-contained and radiation-beating variation on the likes of Air Force One. Combat-wise, contact is maintained with submarines via an antennae in the tail.

As with its American counterpart the E-4B Nightwatch, the Il-80 was converted from passenger airliner Ilyushin II-86. The Nightwatch took its cue from a Boeing 747. Designer Sergey Vladimirovich Ilyushin founded the company with his name in 1933. His output includes the Il-2 Shturmovik, which had the largest production rate in wartime.

Talking of history, the Il-80 arguably belongs there. While it’s formidable, the plane is also something of a relic. Launched in the mid-1980s when the Cold War was still on the chilly side, the emergency measure with wings was about to be replaced anyway.

The incoming Kremlin transport will apparently utilize the Il-96-400M airliner, as reported by Tass the Russian news agency.

Reuters highlights a wider military overhaul, apparently sparked by increasing ill will between Russia and the West. An up to date Doomsday plane is of course vital to any such move.

A raid on a military plane automatically suggests intrigue. However the Il-80’s advancing age may point to different motives. Reuters notes the opinions of military experts, who reckon “the items had been stolen because some of the units had been assembled using precious metals such as gold and platinum.” Classified or unclassified, the kit makes some fine scrap for criminal collectors.

The Times quotes Presidential press secretary Dmitry Peskov. He says “measures will be taken to prevent this from happening in the future”.

And if that sounds a little dry and formal, the words of Vasily Kashin from the Higher School of Economics in Moscow hammer the point home: “Heads will roll.”

Rostov police are on the hunt for the light-fingered individuals involved. Finger and shoe prints were studied on the plane. 12 people have reportedly been questioned. No arrests have been forthcoming at time of publication.

The incident is shrouded in secrecy. Yet these thieves have given people worldwide a brief glimpse of what takes place behind closed doors in one of the world’s most talked-about superpowers…