A rumored mansion house love nest of Henry VIII and Anne Boleyn is now on the market. And there’s a right Royal price tag… approx 4 million dollars (or £2.95 m).

Addington House near Croydon, Surrey is “the only ancient house of the manor of Addington to remain” according to the website MyLondon. Dating back to the mid-15th century, the property has been in use for centuries. 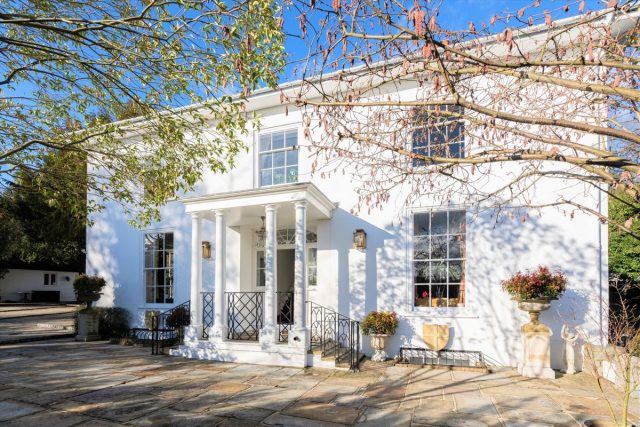 Unlike other destinations that become tourist attractions, this example is situated in around 1.3 acres of a conservation area. Knight Frank’s sales listing describes it as secluded. Up until the 1960s it was a farm. 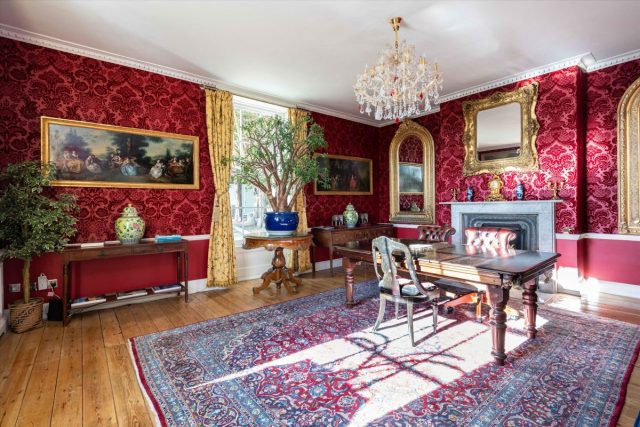 The house is still furnished fit for a king. Image credit: Knight Frank

They write that the house reflects its era, “elegantly updated to maintain an abundance of character while offering a grand residence ideal for modern family living”.

What connects it to King Henry? As well as a King, the monarch was a hunter. The area of Addington Hall Farm was a stomping ground for him and his chums.

Yet the links go deeper – quite literally. Legend has it there are underground tunnels joining Addington House to Wickham Court, where Anne lived. How practical this was is anyone’s guess. But in pre-Industrial Revolution England it may have been a viable option! 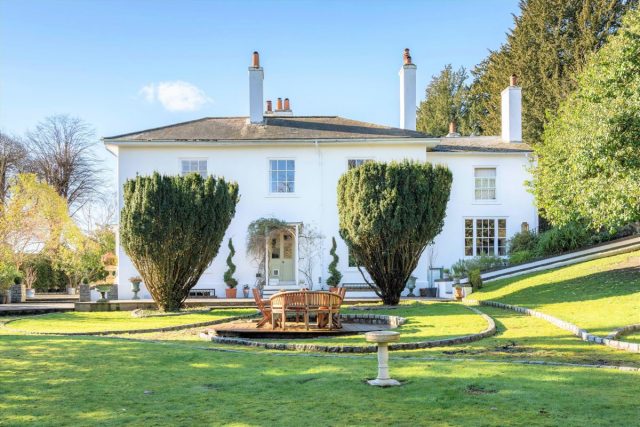 It even has a party room! Image credit: Knight Frank

Whether Henry did this or not, it adds an intriguing extra dimension for those looking to spend big for an authentic Grade II listed slice of Tudor history. The oldest feature in the place is an Inglenook fireplace, found in the sitting room and hailing from 1450.

What else do folk get for their 4 million bucks? There are no less than 6 bedrooms. A wine cellar is ready and waiting at the bottom, with a loft showcasing medieval beams at the top.

Away from period trappings, mod cons are very much in evidence. A cinema room is available – the perfect place to sit back with a glass of mead and a boxset of ‘Wolf Hall’. 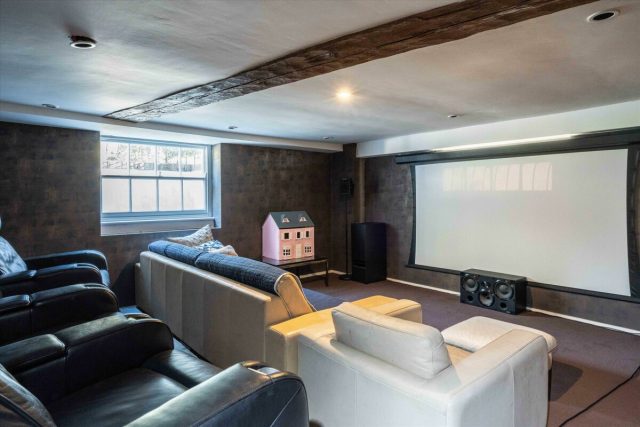 The cinema is located on the lower ground floor, along with a games room, wellness suite and a wine cellar. Image credit: Knight Frank

Outside is a heated pool with its very own bar. The garden and grounds include long-established trees such as walnut, lime and fig according to Knight Frank.

Did Henry give a fig about Anne Boleyn? He most certainly did, as historians acknowledge. However the specific details aren’t know about.

The King certainly desired Anne, as love letters show. Dr Suzannah Lipscomb examined these and other details for a Channel 5 documentary in 2014.

Writing on the subject for History Extra, she believes Henry liked Anne for “her character, intelligence and charm”. Stories of her striking looks appear to be an exaggeration.

A key part of Anne’s appeal may have been her outlook. Spending time in France gave her a “certain cosmopolitan glamour” and “conversational wit”. Dr Lipscomb notes Anne apparently threw some impressive shapes on the dance floor.

Her presence – and Henry’s need for a male heir – led him to create the Church of England, in order to bypass Catholic rules. Now free to ditch Catherine of Aragon, he settled down with Anne. 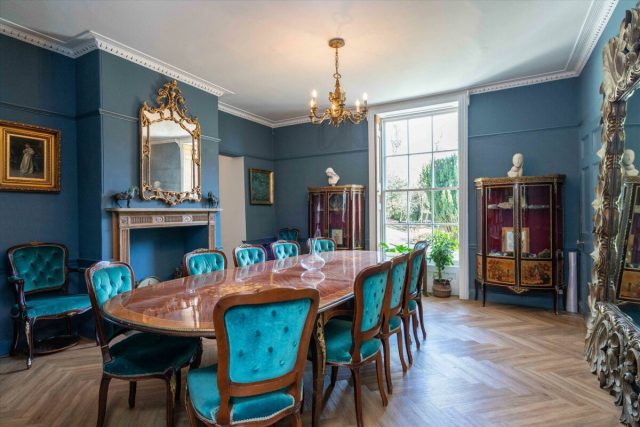 The house has been updated with many modern amenities while retaining its historical feel. Image credit: Knight Frank

The Great Hall at Hampton Court is a tribute to how he felt about her… at the time. When the Queen couldn’t produce a son the magic wore off in spectacular and violent fashion.

Charged with supposed immoral conduct, Anne ended her marriage and indeed her life in the less stately surroundings of the Tower of London. The union lasted 1,000 days.

Dr Lipscomb looks at the speech Anne delivered at the scaffold. To her it demonstrated that the ex-Queen was “a bit feisty, she had spoken back and had perhaps even flirted with other men”. 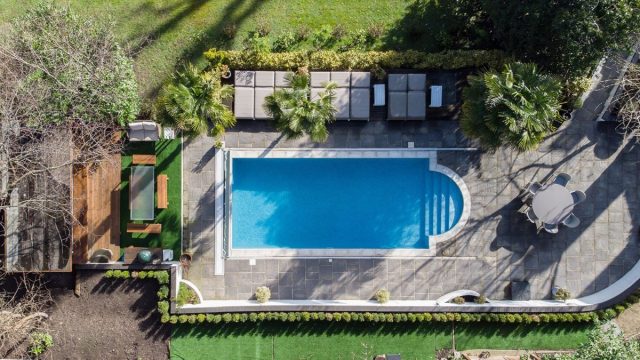 Other notable inhabitants include the Archbishop of Canterbury. Addington House was his Summer residence for a time, writes Knight Frank.

The company offer remote viewings in the shape of a 360 degree VR experience, or a straightforward video tour of the property.

Another Article From Us: Bizarre Species Recently Found May Tell The Ancestry Of Jellyfish

Buyers will need a King’s ransom for this pile, which possibly played a role in one of Tudor England’s most talked-about chapters…