Already dislike product placement? Well artificial intelligence is about to make it a lot worse!

Product placement in films and television has been around since the very beginning. One of the earliest is the 1920 short film The Garage with Fatty Arbuckle and Buster Keaton which has a sign on the wall advertising Red Crown gasoline and Zeroline oil.

After that, the practice became more and more popular. In the 1951 classic, The Day Earth Stood Still, little Bobby sports a New York Yankees ball cap. The Shining from 1980 clearly shows Heinz cans in several scenes and who can forget the partnership between James Bond and Aston Martin sports cars? Now a company in London, England has joined the fray with an entirely new concept of product placement.

Mirriad uses data and artificial intelligence to examine an image and determine the depth, motion and other placements in a movie frame. The rise of streaming services can make this process much easier allowing for product placement in just about any movie or TV show new or old. 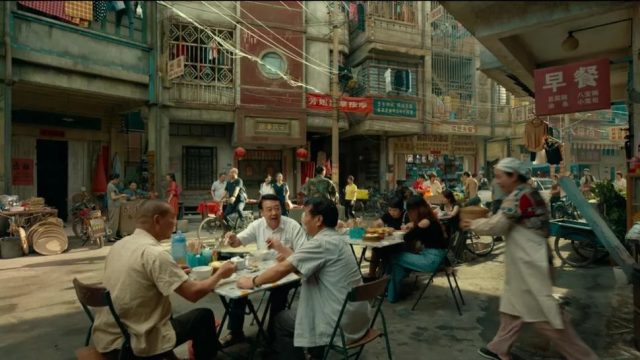 Here is the technology in action, with two images from a Chinese TV show. This one is the original. Image by Mirriad 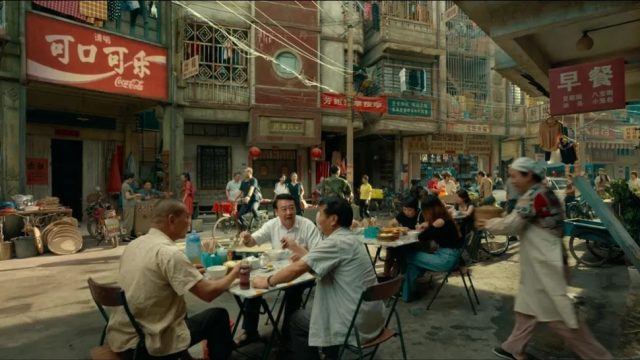 Here the show has been modified to include advertisements. Image by Mirriad

According to Mirriad’s chief executive Stephan Beringer on bbc.com, “We started out working in movies. Our chief scientist Philip McLauchlan, with his team, came up with the technology that won an Academy Award for the film Black Swan. The technology can ‘read’ an image, it understands the depth, the motion, the fabric, anything. So, you can introduce new images that basically the human eye does not realize has been done after the fact, after the production.”

This means you could be watching an old Humphry Bogart movie and see a billboard with a modern product being advertised or a bottle of modern beer on the table next to him. Even though it is not obvious the placement could earn the business billions of dollars.

According to canny-creative.com, When Hershey’s paid a million dollars to place Reese’s Pieces in Steven Spielberg’s E.T., the company realized a sixty five percent rise in business after only two weeks. Pixar’s Toy Story boosted sales of Etch-a-Sketch by over four thousand percent as well as an eighty percent rise in the Mr. Potato Head doll. The Slinky, which had halted production due to lack of interest, received over twenty thousand new orders.

When the Bond franchise switched from Aston Martin to BMW in Goldeneye, the company paid three million dollars but made two hundred and forty million dollars just in pre-orders after the movie debuted.

If streaming with a smart TV or a Roku stick, every time the remote is clicked advertisers are seeing what you like to watch making personal marketing much easier. A community in a dry area wouldn’t benefit much from alcohol advertising but may do better with a soda ad. TV shows are able to use common item placement such as on a newspaper a character is reading or a single beer can sitting on a table. A bottle label or a well-placed sign can be changed to anything to reflect a certain company or concept.

According to bbc.com, a California based company, Ryff, takes personal advertising a step further. If one has browsed the internet looking at different types of flavored water, for example, they may see that water in a movie or TV show they are streaming.

With the Covid pandemic limiting musicians who make most of their money with touring, older and new music videos can offer product placement as well to supplement their incomes.

Not everyone is pleased with altering old movies for advertising’s sake. Film critic Anne Billson told bbc.com that digital product placement raises legal matters while possibly taking away from the artistic integrity. “I would be interested in finding out about the legal angle vis-à-vis digital reworking of a copyrighted work or whether the advertisers would have to buy the film before they tampered with it.” Not only that, it could ruin the look of the scene the set directors are trying to get.

Another Article From Us: Corsican Necropolis Reveals 40 Skeletons Buried In Jars

There is a grand future for advertising as more and more companies leap onto the AI bandwagon. You may like it or hate it but advertising is here to stay.