Ryedale Rital Bronzes Up For Auction This Month

The Ryedale Rital bronzes, a collection of ancient artifacts including a well-preserved bust of Marcus Aurelius, are going under the hammer later this month. The Roman ruler was famously featured in the movie Gladiator. And the auction estimate is worth fighting over $125,000 (or £90,000)!

Dubbed the Ryedale Rital Bronzes, these four items were discovered in a North Yorkshire field by two metal detectorists. They covered an area of 10 square feet, according to the Daily Mail.

The star attraction is the emperor’s bust, measuring 13 centimeters. Marcus Aurelius Antoninus Augustus reigned from AD 161 to his death 19 years later. The find is thought to be from AD 160.

Also present among the goodies are a statue depicting the god Mars on horseback and a knife handle with a horse’s head design.

On a more practical note, there is a plumb bob that reveals the working life of Ancient Rome. Essentially an ancestor of the spirit level, the pointed weight was suspended on a string to check if things were vertical. 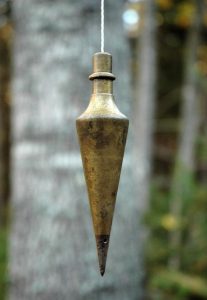 So what was the hoard doing sitting underground for a couple of thousand years?

Quoted by The Yorkshire Post, Adam Staples of Hansons Auctioneers says it was “probably buried as a religious offering which marked the closure of a rural shrine or the death of a priest.” The assortment was apparently for ceremonial use. Mention is also made of predicting the future.

As reported by the Mail, Staples calls the sale “a unique opportunity.” The good condition of the finds is also a draw. He describes them as “clearly really, really well made.”

Amateur detectorists James Spark and Mark Didlick will claim half the proceeds. The other half goes to the landowner, as yet unnamed.

Quoted by the Mail, Spark reveals they found the Mars statue first. The history hunters believed it to be Victorian. How wrong they were. Once the bust was unearthed, the scale of the discovery became clear!

Spark says he and Didlick were “proud to find such an important historical artifact.” He talks about Roman road links in the area, speculating on a possible connection to the burial.

After detecting the hoard, the men presented it to the York Museums Trust as per protocol. The Post reports that a coroner’s inquest found the items to be official “treasure.” A record was then made by government reps at the Portable Antiquities Scheme to seal the historical deal.

The hoard was thought to be valuable, but initial assessments had to be revised. A jump in price saw estimates go from £15,000 to nearly £100,000.

Interest is coming from around the world according to Staples. It’s also a package deal — the items will not be split.

The presence of Marcus Aurelius, or at least a bust of him, gives the collection considerable prestige. He was in the habit of co-ruling the Roman Empire and brought son Commodus in to help manage the responsibility.

Richard Harris played the Emperor in Ridley Scott’s 2000 classic. It portrayed the relationship between father and offspring in dramatic — and inaccurate — terms.

Joaquin Phoenix’s Commodus murdered Aurelius in true movie villain style, claiming power for himself. The reality is less bloody, with the ruler said to have died after contracting the Antonine Plague.

Political intrigue aside, Marcus Aurelius is associated with stoicism, a word that still endures today. History.com describes stoicism as “a philosophy that emphasized fate, reason, and self-restraint.” It is characterized by a logical approach to the world.

More from us: The True Story of Commodus the Cruel Gladiator Emperor

Hailing from the Hellenistic period, it was founded by ancient thinker Zeno of Citium. Starting off as “Zenonism,” the name change came because Zeno wasn’t considered wise enough by Stoic standards! “Stoicism” was borrowed from “Stoa Poikile,” an inanimate decorated colonnade at the Agora, Athens, where Zeno and his followers would discuss their ideas.

After a public display in London, the Ryedale Rital Bronzes are being shown in their home territory of York on May 11th. Visitors have to book an appointment. The auction itself takes place on the 20th at Hansons in London…