University Of Aberdeen And German Museums To Repatriate Benin Bronzes

The Benin Bronzes is the name given to over a thousand metal plaques and sculptures that were created from the 13th century onwards and represent Benin art today. These artifacts were made in the Kingdom of Benin (also known as the Edo Empire), a pre-colonial African state in what is now southern Nigeria (not to be confused with the modern-day state of Benin).

About the Benin Bronzes

Despite the name, materials used in the construction of the Benin Bronzes included mixtures of bronze and brass, wood, ceramics, and ivory. They were created using the lost-wax casting method and are considered to be some of the finest examples of art created using this process. 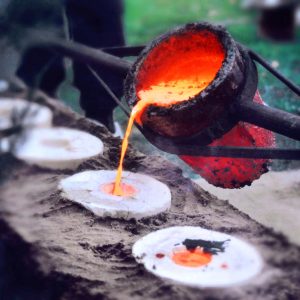 These artworks were once contained in the royal palace in the Kingdom of Benin in what is now Nigeria. However, many of these pieces were taken from their homeland by the British in a raid that was known as the Benin Expedition of 1897.

This raid was carried out in retaliation for what the British saw as an attack on a peaceful expedition when a British party led by Vice-Consul General James Robert Phillips was attacked south of Benin by Oba warriors. The British had given notice that they intended to visit Benin but were later told that they could not enter the city while certain rituals were being conducted. When the British ignored such instructions, they were attacked, leaving only two survivors.

After the raid, many of the Benin Bronzes were taken to the British Museum and displayed there. The rest were sold by the Foreign and Commonwealth Office to museums in Europe and the United States. While displaying these marvelous pieces of art around the world has led to a greater appreciation of African art and culture, many believe that these artifacts should be brought back to Africa.

Repatriation efforts have been going on for a long time

In an effort to regain these pieces of art, the Nigerian government bought 30 Benin Bronzes from the British Museum between 1950 and 1972. However, this was only because Hermann Braunholtz, the museum’s curator, thought that some of the items the museum held were duplicates and therefore superfluous to the museum’s collection.

In 1960, Nigeria gained independence, and since then has unceasingly sought the return of the Benin Bronzes. The international debate over such repatriation is similar to that surrounding the Elgin Marbles. 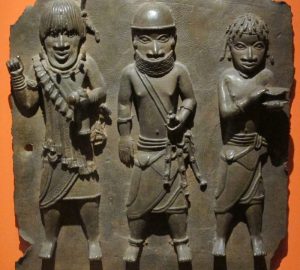 In 2020, France approved the restitution of 26 items that it held, and in March 2021, the University of Aberdeen agreed to repatriate a piece it had purchased in 1957. The bronze sculpture depicted the head of Oba, the former king of Benin, and the item was obtained at an auction in 1957.

Neil Curtis, the head of museums and special collections at Aberdeen, told the BBC News that “An ongoing review of the collections identified the Head of Oba as having been acquired in a way that we now consider to have been extremely immoral, so we took a proactive approach to identify the appropriate people to discuss what to do.”

Professor George Boyne, principal and vice-chancellor of Aberdeen University, added: “It would not have been right to have retained an item of such great cultural importance that was acquired in such reprehensible circumstances.”

Less than a month later, Germany made the latest move in this international debate. Contained in museums across the country are more than 500 African artifacts, many of them bronzes.

A digital meeting was held on April 29, 2021, which involved the government, directors of German museums, and the Benin Dialogue Group. A joint statement was issued the next day stating that “the participants are in agreement that addressing Germany’s colonial past is an important issue for the whole of society and a core task for cultural policy.”

It was noted that Germany had already “implemented numerous measures to address the history and origin of their holdings.”

More from us: Benin Bronze Cockerel Statue to Finally be Returned to Africa After Decades of being in a Museum

Although it appears that Germany will only “make substantial returns of Benin Bronzes,” meaning that it will hold onto some of them, the joint statement made clear that Germany would be more transparent about the history of the Bronzes in its possession.

In addition, further talks would take place to “reach an understanding with the Nigerian partners on how Benin Bronzes can continue to be shown in Germany.”

The next meeting is scheduled for late May 2021, and it is hoped that the first items will be returned to Nigeria from Germany in 2022.